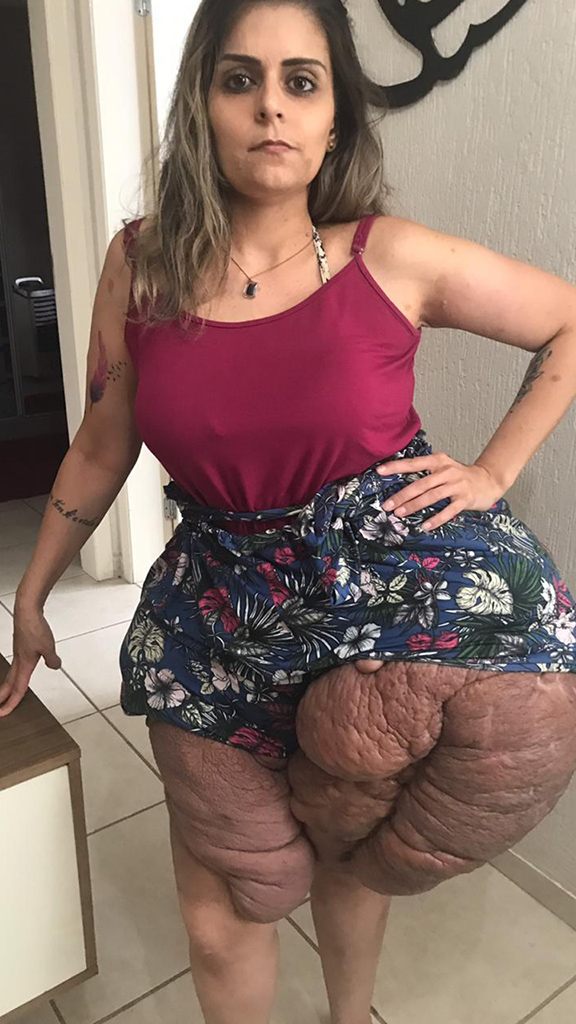 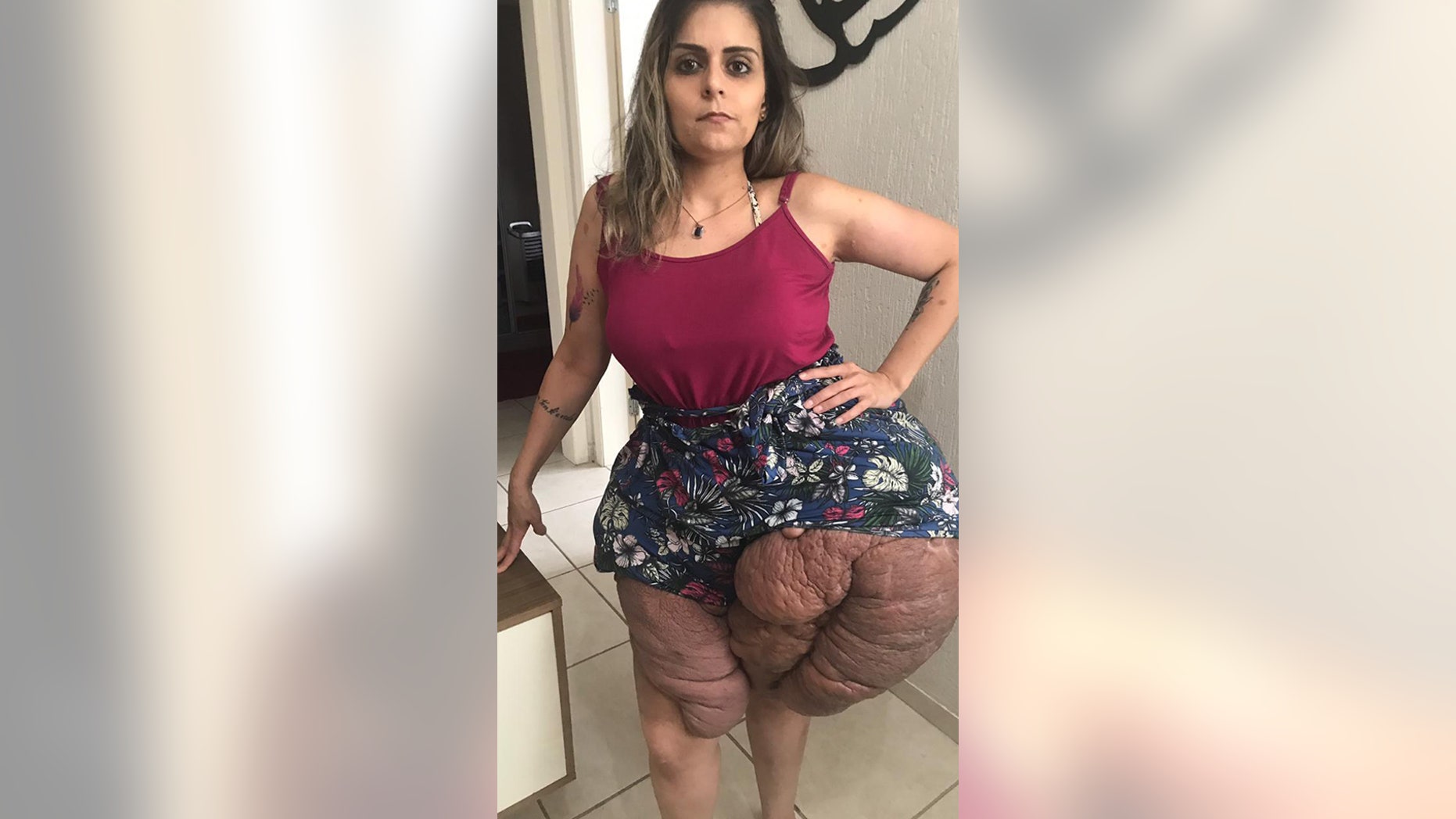 Karina Rodini said the growths started nine years after she was diagnosed at age 2.
(Mega Agency)

A Brazilian woman who developed massive tumors on her legs caused by a rare genetic disorder has already undergone several surgeries to remove the growths but said it has damaged her relationships and even caused her to lose her job. Karina Rodini, 28, said the disease first started with darkened marks on her legs at age 2.

She was eventually diagnosed with neurofibromatosis, The Sun reported. The genetic disorder affects the nervous system and may cause tumors to grow on nerves. According to the U.S. National Library of Medicine, the condition typically causes benign tumors, but in some instances, they can become cancerous.

The symptoms of neurofibromatosis Type 1 are sometimes present at birth and can include skin changes or deformed bones. There are several types of neurofibromatosis, including Type 2, which causes hearing loss, ringing in the ears and poor balance. Schwannomatosis, which is the rarest form of the disorder, causes intense pain in patients. Diagnosis is typically made based on symptoms but can be confirmed through genetic testing.

While there is no cure for the disorder, treatment can help control symptoms including surgery to remove tumors, radiation therapy and various medicines.

Rodini did undergo surgery for her case at age 12, about three years after growths began appearing on her body. She reportedly had a 19-pound tumor removed from her uterus, and underwent six more procedures to remove heavy growths. Rodini told The Sun she can only undergo surgery every two to three years due to the amount of blood loss involved with removing the tumors.

“Her left eye she has low visibility because of the disease,” Fatima Rodini, the woman’s mother, told The Sun. “She walks very slowly because the leg is too heavy. She also suffers from shortness of breath when she has to walk more than 20 minutes or climb stairs.”