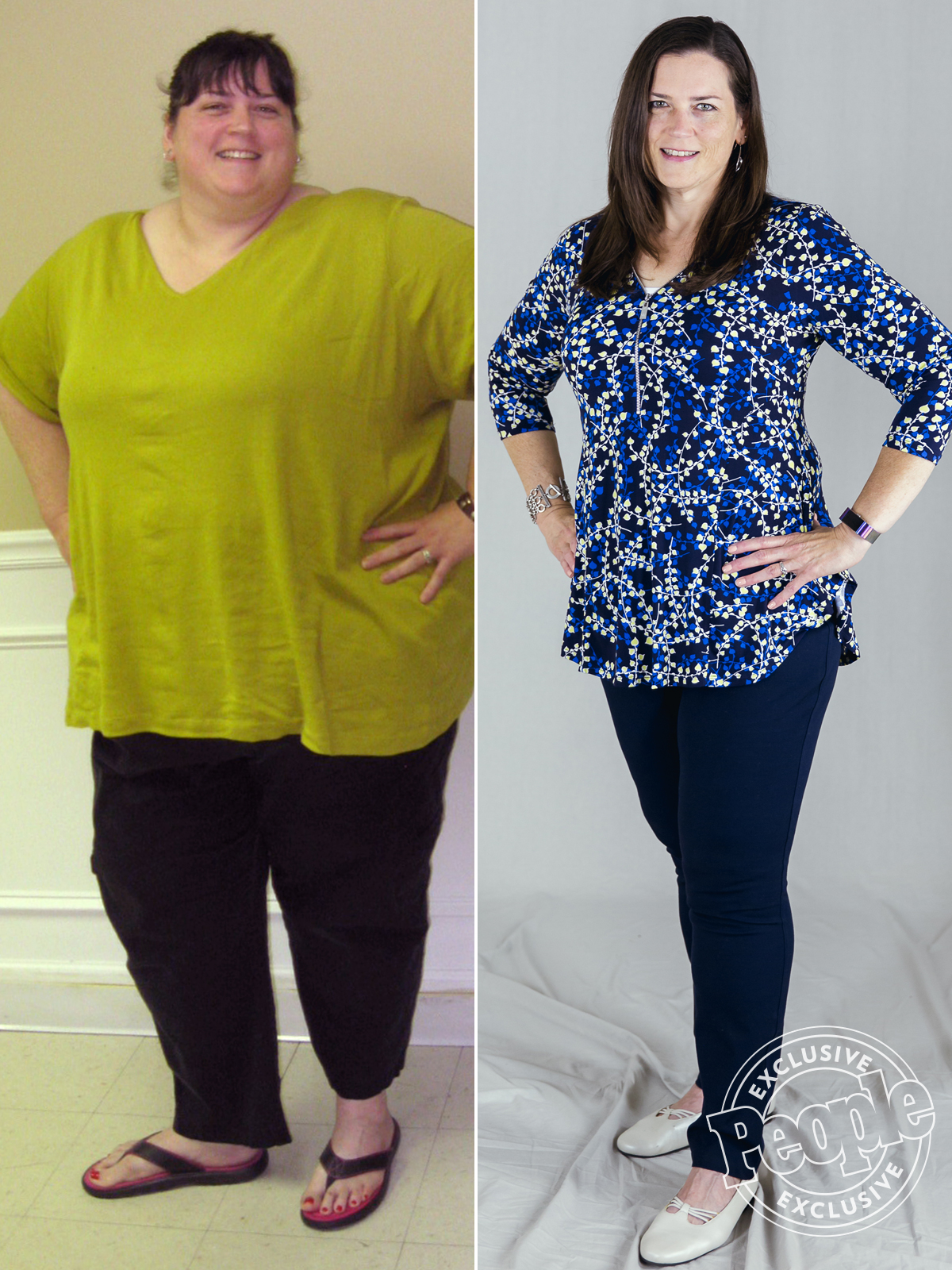 Monica Thomas always viewed food as a way to handle her emotions, rather than a way to fuel her body.

“When life happened, I went to food for comfort,” Thomas tells PEOPLE exclusively.

She made a habit of eating six cream filled donuts in one sitting, and starting and finishing entire boxes of cereal daily, along with eating her favorite ice cream almost every day.

“I would stock my freezer to feed my addiction for days of gorging,” she says.

However, the Gastonia, N.C. native says even though her diet was unhealthy, she remained “pretty active” through her job as a caregiver, but she would come home at night with joint pain that brought her to tears. Slowly, she found herself not being able to fit into seats at theaters, stadiums or on airplanes.

“I struggled with low self-esteem,” Thomas, 45, says. “I believe that was a starting point for me reaching to food. I chose to hide from this world in my fat.”

Although she tried crash diets for most of her adult life, it wasn’t until Thomas was in her late 30s and fell in love that she realized she wanted to make a change in her lifestyle. On her wedding day, weighing 410 lbs., she peered into her future and realized if she didn’t make a change, she wouldn’t be able to live life with her new husband the way she envisioned because she was so limited by her weight.

“[Marriage] was a starting point for me to understand that I want to live. The way I ate and didn’t exercise was killing me much faster than I wanted,” Thomas says. “I realized that I wanted to enjoy my life instead of eating myself to death and hiding in my fat.”

To kickstart her journey, Thomas joined TOPS, a weight loss program that offers in-person or online support groups to assist in slimming down.

“It helped me in many ways, but especially with accountability that was unconditional,” she says. “I left my meetings with a desire to move forward with my health journey no matter what the scale said that week.”

Thomas began by changing her diet and staying away from refined carbohydrates, instead meeting her daily carb intake with vegetables. She also started walking, but found it to be a little boring and the only thing that could motivate her was music.

When she was invited to her first Zumba class, she “fell in love.”

“I was having fun while I moved,” Thomas says. “I had to decide that it didn’t matter that I wasn’t moving exactly like the instructor. I was still exercising.”

Now, Thomas weighs 207 lbs., and became a certified Zumba instructor so she can inspire other people to stay healthy through cardio dance.

“I went from a couch potato to a hot potato,” Thomas says. “Before I lost this weight, I was hiding and afraid. I love life now.”