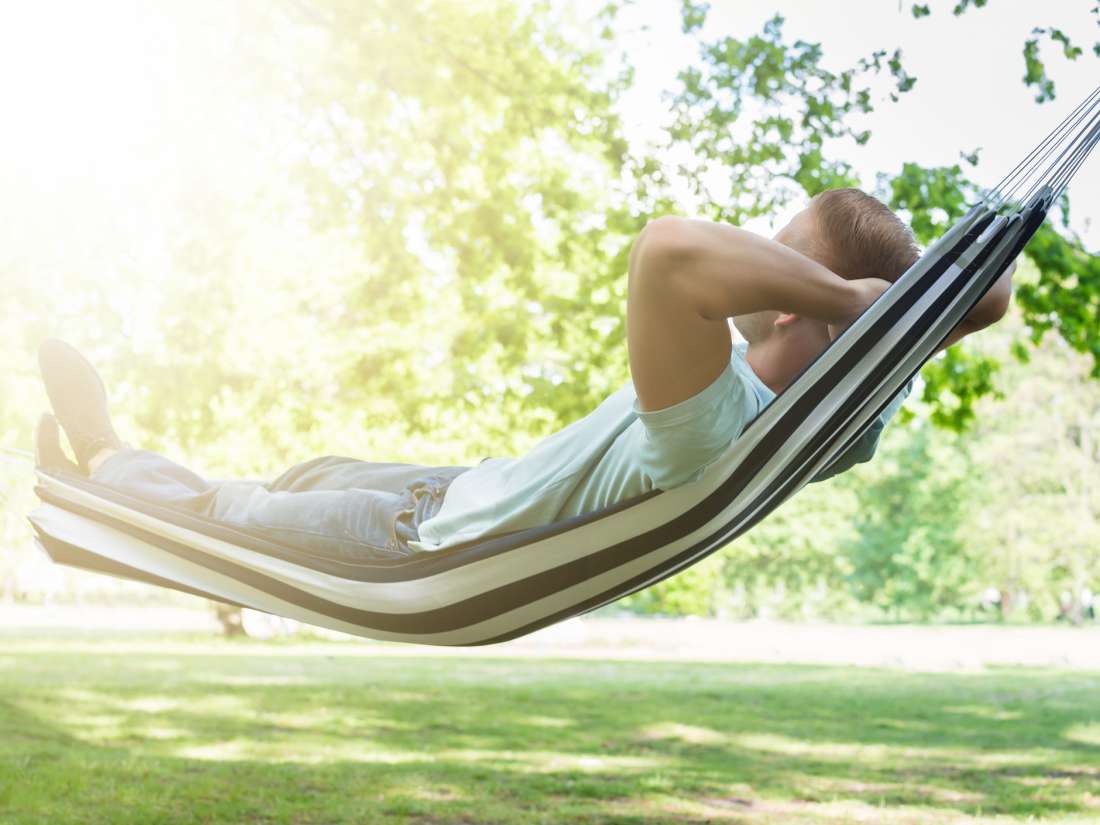 As many as 1 in 3 adults in the United States are not getting the recommended 7 hours of sleep a night, according to the Centers for Disease Control and Prevention (CDC).

Obesity, diabetes, high blood pressure, and cardiovascular disease are just some of the conditions that sleep-deprived people are at risk of developing.

The director of the CDC’s Division of Population Health recommends that people who don’t get enough sleep make a range of lifestyle changes to improve their sleep quality. Changes include “going to bed at the same time each night; rising at the same time each morning; and turning off or removing televisions, computers, mobile devices from the bedroom.”

But besides such sleep hygiene practices, new research suggests there is something else a person can do to improve sleep, even as an adult: rocking gently from side to side.

Laurence Bayer, a researcher in the Department of Basic Neurosciences at UNIGE Faculty of Medicine, together with Sophie Schwartz, a full professor in the same department, led the first study.

The study involved 18 healthy young participants who slept at the HUG Sleep Medicine Center for 2 nights. The researchers recorded the participants’ heart and respiratory rates and used electroencephalography to monitor their brain activity.

On the first night, the study participants slept on a moving bed, while the second night they slept on a bed which was still. “[W]e observed that our participants, although they slept well in both cases, fell asleep more quickly when they were rocked,” reports Bayer.

“In addition, they had longer periods of deep sleep and fewer micro-wakes, a factor frequently associated with poor sleep quality.”

Next, the researchers wanted to see if gentle motion also affected memory consolidation. “[W]e subjected our participants to memory tests: they had to learn pairs of words in the evening and remember them in the morning when they woke up,” reports first author of the study Aurore Perrault, a researcher at the UNIGE Faculty of Medicine.

“And here too, rocking proved beneficial: the test results were much better after a night in motion than after a still night!” she says.

The researchers explain that this is a consequence of how deep sleep modulates brain wave activity, and of how gentle rocking helps synchronize the brain activity across the so-called thalamocortical-cortical networks.

These brain networks play a vital role in deep sleep and memory building.

Paul Franken, associate professor at the UNIL Faculty of Biology and Medicine, supervised the second study, which was carried out in mice.

The researchers rocked the rodents’ cages while they were asleep. This helped the mice fall asleep more quickly and sleep for longer, but it did not induce deep sleep or improve sleep quality, as it did in humans.

However, this second study served to pinpoint another brain area that is vital for sleep quality: the so-called vestibular system.

The vestibular system includes “sensory organs in the inner ear” and is a network that “detects motion and gravity and initiates movements to maintain balance and orientation.”

Study co-author Konstantinos Kompotis, a researcher at the Faculty of Biology and Medicine at UNIL, reports on the methods used in the study. “We have subjected two groups of mice to the same rocking: a group with non-functioning sensory receptors in the inner ear and altered vestibular function, and a control group.”

“Unlike the control mice, the mice in the first group did not benefit from any effect of swaying during sleep,” he says, adding that “Vestibular sensory stimulation during rocking, therefore, acts on the neural networks responsible for the specific brain oscillations during sleep.”

In the near future, the scientists plan on using more precise techniques, such as optogenetics, for tracking neural activity to decipher the neurons and structures “that receive stimuli from the vestibular organs before transferring them to sleep circuit structures,” says Prof. Franken. The researchers conclude:

“Mapping the communication network between the two systems would make it possible to develop new approaches to treat patients [who have] insomnia, mood disorders, as well as elderly people, who often [live with] sleep and memory disorders. “