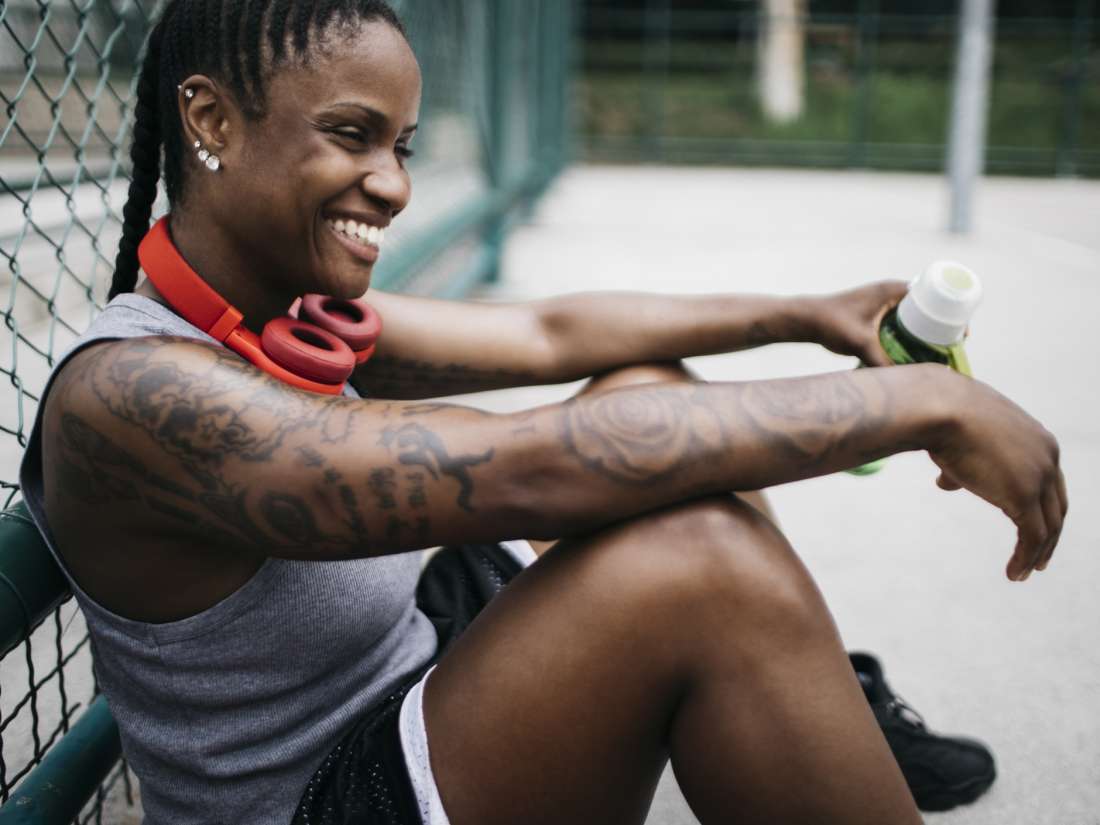 One key factor in cellular health is telomeres, the “safety caps” that protect strands of genetic material within our cells.

As telomeres shorten, that genetic material will start deteriorating, and this will send a signal that the cell is growing old and will soon begin the process of cellular death.

The enzyme telomerase helps maintain the length of telomeres, but, as we age, telomerase becomes much less active, which impacts cellular aging.

Recently, researchers from Leipzig University in Germany, in collaboration with colleagues from other research institutions, have been looking at whether different types of physical exercise can slow down processes of biological aging.

The team studied telomere length and telomerase activity in participants who engaged in one of three types of exercise for the duration of the study, namely, endurance exercise, high-intensity interval training, or resistance training.

Endurance exercise is meant to help a person improve their stamina, and it includes activities such as running, swimming, and cycling. High-intensity interval exercise is similar, but it requires a person to undergo short bursts of intense training, followed by rest and recovery, and then intense training again.

Finally, resistance — or strength — training is meant to boost a person’s physical strength, and involves activities such as weightlifting.

The researchers report their findings in the study paper that appeared yesterday in the European Heart Journal.

For the current study, which was led by Prof. Ulrich Laufs, of Leipzig University, the researchers initially recruited 266 young and healthy participants but who did not lead active lifestyles.

The investigators randomly split the study participants into four groups, as follows:

The intervention period was of 6 months, and the participants who were trialling various types of training had to go through three 45-minute exercise sessions on a weekly basis. Of the total initial number of participants, 124 were able to complete the study.

In order to verify which type of training was the most effective at supporting healthy aging, the researchers collected blood samples from the participants, once at baseline, and then again 2–7 days after the final training session at the end of the study.

Looking at telomere length and telomerase activity in the participants’ white blood cells, the researchers found that those individuals who had engaged in endurance training and high-intensity interval training enjoyed the most benefits.

“Our main finding is that, compared to the start of the study and the control group, in volunteers who did endurance and high-intensity training, telomerase activity and telomere length increased, which are both important for cellular aging, regenerative capacity and thus, healthy aging,” says Prof. Laufs. However, he also notes, “Interestingly, resistance training did not exert these effects.”

“It may help to design future studies on this important topic by using telomere length as [an] indicator of ‘biological age’ in future intervention studies,” he adds.

Coauthor of the study, Dr. Christian Werner, of Saarland University, Germany, said: “Our data support the European Society of Cardiology’s current guideline recommendations that resistance exercise should be complementary to endurance training rather than a substitute.”

“The data identify telomerase activity and telomere length as sensitive ways to measure at cell level the effects of different forms of exercise. Using these measurements to guide training recommendations for individuals may improve both adherence to and efficacy of exercise training programmes in preventing cardiovascular disease.”

As for why these modes of training may have this beneficial effect on cellular health, the researchers suggest that they may impact levels of nitric oxide — a free radical in the blood, which affects blood vessel function and blood circulation, thus potentially influencing aging processes at the cell level.

“From an evolutionary perspective, endurance and high-intensity training may mimic the advantageous traveling and fight or flight behavior of our ancestors better than strength training,” says Dr. Werner.