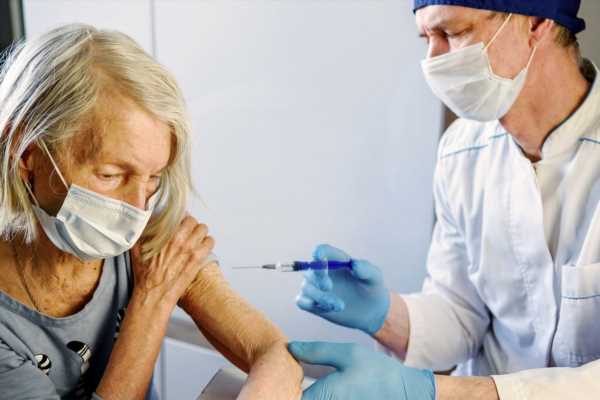 In a recent study published in The British Medical Journal (BMJ), researchers evaluated the efficacy of the fourth vaccine dose against coronavirus disease 2019 (COVID-19) among long-term care residents.

Long-term care (LTC) residents are at an increased risk of infection with severe acute respiratory syndrome coronavirus 2 (SARS-CoV-2) and severe outcomes. LTC homes in Ontario, Canada, are publicly funded and provide medical and housing support and personal and nursing care for people with disability or neurocognitive disorders. LTC residents in Ontario have been disproportionately affected by COVID-19, accounting for about two-thirds of fatalities during the first two pandemic waves.

Vaccination of LTC residents resulted in a marked decrease in infections and deaths relative to non-vaccinated controls. A third vaccine dose (first booster) was offered to LTC residents from August 2021, and the fourth vaccine (second booster) administration commenced on December 30, 2021. Moderna’s Spikevax (mRNA-1273) was preferred for the second booster.

Only those vaccinated with mRNA vaccines (BNT162b2 [Pfizer] or mRNA-1273) for all four doses were included in the study. Vaccine effectiveness estimation was limited to SARS-CoV-2 Omicron. Spike (S)-gene target failure (SGTF) testing or whole-genome sequencing were used to identify the variant. Delta-infected cases were excluded. Provincial datasets on COVID-19 testing, vaccination, and health administrative information were linked using unique encoded identifiers.

Three outcomes were measured: infection (SARS-CoV-2 positivity), symptomatic infection, and severe outcomes. Residents were considered 1) cases if they tested positive at least once a week or 2) controls if negative on all tests that week. Frequencies and means were computed for categorical and continuous variables, respectively.

Most LTC residents (95%) received the mRNA-1273 vaccine as the second booster, and similar vaccine effectiveness against infection and severe outcomes was noted across all vaccination combinations. Nevertheless, vaccine effectiveness against symptomatic infection was higher among recipients of four mRNA-1273 doses or three BNT162b2 doses and one mRNA-1273 dose than those who received two BNT162b2 vaccines and two mRNA-1273 vaccines.

Vaccine effectiveness against infection, symptomatic infection, and severe outcomes was higher for second booster recipients than triple-vaccinated residents. In conclusion, a fourth COVID-19 mRNA vaccine increased protection against the measured outcomes among LTC residents during the Omicron-dominant phase, albeit the duration of protection needs to be investigated.