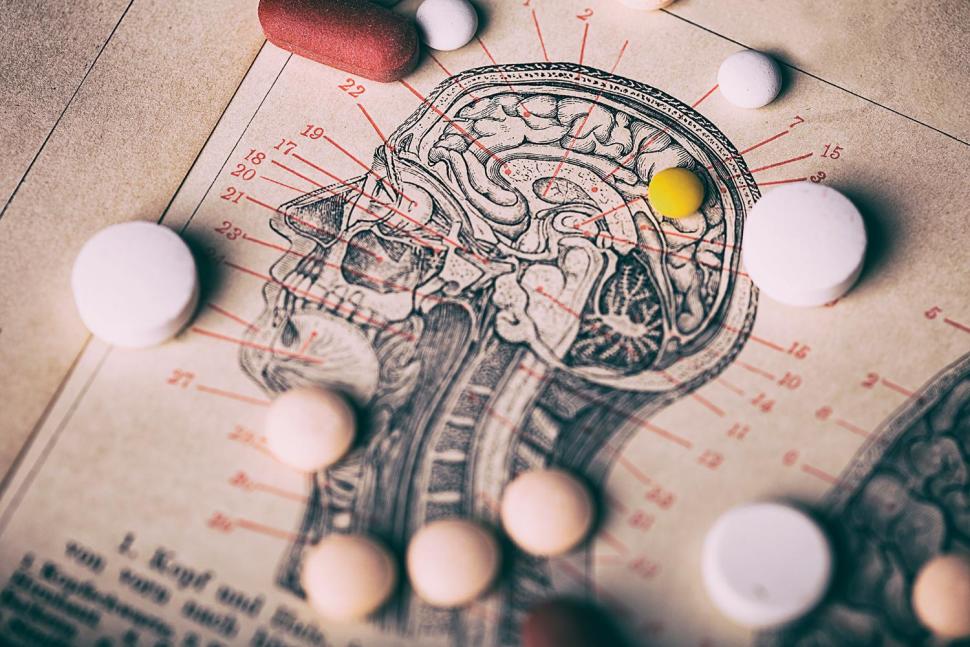 Jack Cruz works as a trainer. And a stunt actor. And an investor. And a music promoter. Oh, and by day he’s a product specialist in the tech industry. “I don’t like monotony,” says the 43-year-old in Austin, Texas. “I like changing my day up on a daily basis.”

But how, exactly, does he do it? Sure, Cruz typically eats well, exercises regularly and tries to get sufficient sleep, and he’s no stranger to coffee. But he has another tool in his toolkit that he finds makes a noticeable difference in his ability to efficiently and effectively conquer all manner of tasks: Alpha Brain, a supplement marketed to improve memory, focus and mental quickness.

“It’s a necessity for me whether I’m talking about technology or music or investing or training someone – I need to be ready to go,” Cruz says. “My brain needs to be available and I need to be 100 percent.”

Dallas Michael Cyr, a 41-year-old life coach and business mentor in San Diego, California, also says he experienced a mental improvement when he regularly took another product called Qualia Mind, which its makers say enhances focus, energy, mental clarity, memory and even creativity and mood. “One of the biggest things I noticed was it was much more difficult to be distracted,” says Cyr, who took the supplements for about six months but felt their effects last longer. While he’s naturally great at starting projects and tasks, the product allowed him to be a “great finisher” too, he says.

Alpha Brain and Qualia are among many increasingly buzzy nootropics, or any substances – be they as seemingly benign as a spice like turmeric, as familiar as a drug like caffeine or as potentially risky as a blend of ingredients sold online – that support cognitive functions like memory, focus and alertness.

“Everyone is feeling the pressure to produce, keep up and innovate – that is real,” finds Revee “Ray” Barbour, a naturopathic doctor and life coach in Sacramento, California. “As they get older, people want to know, ‘How can I integrate things into my daily lifestyle that are safe and effective?’ I don’t see that slowing down.”

Still, the scientific backing and ingredient sourcing of nootropics on the market varies widely, and even those based in some research won’t necessarily immediately, always or ever translate to better grades or an ability to finally crank out that novel. Nor are supplements of any kind risk-free, says Jocelyn Kerl, a pharmacist in Madison, Wisconsin.

“They’re not regulated by the FDA like other drugs, so safety testing isn’t required,” Kerl says. What’s more, you can’t always be sure that what’s on the ingredient label is actually in the product. Keep in mind, too, that those that contain water-soluble vitamins like B and C, she adds, aren’t going to help you if you’re already getting enough of those vitamins through diet. “If your body is getting more than you need, you’re just going to pee out the excess,” she says. “You’re paying a lot of money for these supplements; maybe just have orange juice.”

Caveats aside, if you do want to try a nootropic, consider starting with something simple and pretty much risk-free, like aromatherapy with lemon essential oil or frankincense, which can help activate your brain, Barbour says. You could also sip on “golden milk,” a sweet and anti-inflammatory beverage made with turmeric, or rosemary-infused water, she adds.

If you want to try a nootropic in supplement form, check the label to weed out products you may be allergic to and vet the company as best you can by scouring its website and research basis, and talking to other customers, Kerl recommends. “Find one that isn’t just giving you some temporary mental boost or some quick fix – that’s not what a nootropic is intended to do,” Cyr says.

Talk to your doctor, too, before diving in “to ensure that they do not conflict with current meds or cause a detrimental effect,” Hohler says. You also want to consider what you already know about your health and body – if you have anxiety or are already sensitive to caffeine, for example, you may find that some of the supplements work a little too well and just enhance anxiety or make it difficult to sleep, Barbour says. Finances matter, too, of course: The retail price for Qualia Mind is $139 for 22 seven-capsule “servings”; the suggestion is to take one serving a day, five days a week. The retail price for Alpha Brain is $79.95 for 90 capsules; adults are advised to take two a day.

All clear? Try one (not dozens) of nootropics for a few weeks and keep track of how you feel, Kerl suggests. It’s also important to begin with as low a dose as possible; when Cyr didn’t ease into his nootropic regimen, his digestion took the blow, he admits. If you don’t notice improvements, consider nixing the product altogether and focusing on what is known to boost cognitive function – eating a healthy diet, getting enough sleep regularly and exercising. “Some of those lifestyle modifications,” Kerl says, “may improve memory over a supplement.”

Anna Medaris Miller is a Senior Health Editor at U.S. News, where she covers fitness and athlet…  Read moreAnna Medaris Miller is a Senior Health Editor at U.S. News, where she covers fitness and athletic performance; nutrition and fad diets; “invisible” medical conditions; complementary medicine, reproductive health; mental health; gender, sexuality and body image issues; and more. She also manages the Eat+Run blog, a practical guide for healthy living. Before joining U.S. News in 2014, Anna was an associate editor for Monitor on Psychology magazine and freelanced for the Washington Post. Her work has also appeared in the Huffington Post, Women’s Health, Yahoo!, Business Insider, the Muse and more. Anna frequently acts as a health expert and spokesperson for U.S. News on national and local TV and radio, and has appeared on the Today Show, Good Morning America, Fox 5 New York and more. She has held leadership positions on the National Press Club’s young members committee, the Association of Health Care Journalists’ D.C. chapter and the American News Women’s Club. Anna graduated Phi Beta Kappa from the University of Michigan, where she studied psychology and gender and health, and later earned her master’s degree in interactive journalism from American University. Anna lives in New York City and is a multi-time triathlete and marathoner currently training for an IRONMAN 70.3. To learn more about Anna, visit her website or follow her on Facebook, Twitter, LinkedIn or Instagram.