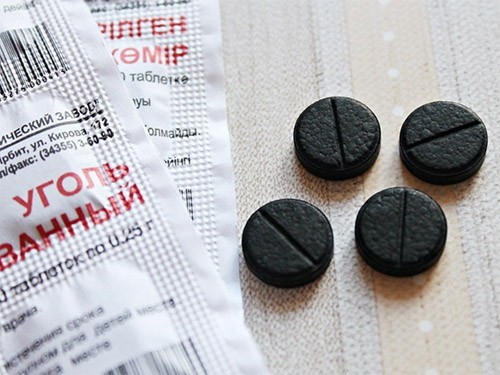 The current Russian system of drug supply is over-regulated and inconsistent, in the regions there are no funds for the procurement of drugs, and numerous preferential lists put as many barriers between a patient and they need a cure that most people prefer to monetize their medicinal benefits. Appeared on this background, the authorities ‘ plans to bring the share of interchangeability of medicines to 60-70% will lead to the fact that all diseases will be treated with activated carbon, experts warn.

The necessity of changing the paradigm of health system experts, officials and representatives of the patient community was discussed at the recent Moscow VIII all-Russian Congress of the Right to cure, organized by the League of patients.

No drugs, no prescriptions

The government continues to save on medications. According to the audit, preferential provision of medicines in Russia, the Agency DSMGroup in the first half of 2018, the state order was purchased 43.6 million packages of pharmaceuticals in the amount of 55.1 billion. Compared to the same period last year the volume of purchases fell by 20.9% in value terms and by 7.8% – in packages. Today, the procurement of drugs represent a smaller portion of the pharmaceutical market: 35 packages of medications a patient throw at its own expense and only 8 receives from the state, said during the Congress the General Director of the Agency Sergey shuljak. Thus, the population actively goes to cheap drugs is about 60% of the market make drugs cost up to 150 rubles.

To free medicines in our country can only count inpatient and preferential categories of citizens. However, in a situation when the regions are trying to reduce the cost of medical care, preferential system of drug supply practically does not solve the assigned tasks, he acknowledged, speaking at the Congress, the representative of Roszdravnadzor of Russia Anna Zhukova. According to her, a third of all complaints to the office associated with drugs. Saved failures in prescribing, incorrect drawing up of applications, said Zhukov. And untimely supply of drugs in the prescriptions, when all kinds of obstacles to the timely receipt of drugs for medical reasons.

Specific figures were cited leading researcher at the National Institute of public health. N.. Semashko, Elena Telnova. According to her, the number netovkina preferential recipes this year already amounted to over 900 thousand. For each such prescription is a man who has not received the medicine he needed – said Telnov. Due to the lack of drugs to authorized pharmacies do not accept preferential recipes, and they expire.

But even more people don’t get put to them by the law of the drug because of denials of prescription. Moreover, gone are the days when preferential recipes do not write out the orders of his superiors and doctors. Today this problem is solved by artificial intelligence: in many regions of the medical information system is designed so that in the absence of stock of a particular drug, the computer program blocks the ability of the extract of the preferential recipe. At the same time in medical facilities does not deteriorate the statistics because of the recipes, put on deferred service.

The deteriorating situation in the fixed segment, according to the head of the League of patients Alexander Saversky expert wounds, because of the need to fulfill may decrees of the President to increase salaries, many medical facilities are on the verge of bankruptcy. Because of this, hospitals no drugs drugs. And due to the lack of a competent system of redistribution of drug between regions, there are situations when in some places people are dying without drugs, and in other warehouses found expired drugs on hundreds of millions of rubles.

And still not a single official had been responsible in the country there is no document that would guarantee the right of Russian citizens to access to medicines. The current law On circulation of medicines regulates the output drugs on the market, their registration and quality control, but does not affect the provision of medicine to patients. In the end, there is no liability for violation of this law, – Saversky considers. Drugs have treated separately and patients separately, and not always intersect.

In the end, people are massively monetizing benefits. According to the data, which led Anna Zhukova, in one-third of Russian regions took advantage of this opportunity to 80% of beneficiaries. The patient today is a very narrow corridor implementation benefits – explains Saversky. The drug should be standard and preferably in two lists, it needs to buy at auction. In addition, it needs to be available in the pharmacy. The doctor should prescribe him the correct recipe and it is desirable that the specified product was not the cheapest of the INN. This narrow corridor of possibilities makes it almost unreal access to the right medicines. Why people refuse benefits, using the fact that it can be monetized.

As a result of 15 million recipients of drug benefits in 2005, to date only a little over 3 million In the system remain largely the most severe patients who need very expensive medications. But those who monetized benefits do not always use the money for drugs, and in the end still remains without treatment. A few years ago, the health Ministry was to mark the money in order to account for them medicines, that is, in fact, cancel the monetization, not giving money. But the government has taken the unpopular measure.

The Congress discussed a proposal to cancel and benefits, and monetization to Monetize is not a constitutional right. If the government wants to help low-income people nobody is against this do the payments, but the right to a remedy should be provided with medicine, and not money – said Saversky.

One cure for all diseases

The health Ministry explained that the proposed measures will allow to gradually introduce reference pricing for interchangeable medicines, which will reduce the price of drugs and increase their availability. However, experts believe that it destroys the globally accepted classification of drugs international nonproprietary names (INN).

According to the League of patients, today Russian doctor deprived of the right to prescribe the drug, which a patient needs. In accordance with Ministry of health order No. 1175н from December 20, 2012, the doctor can only prescribe medicine for the INN, within which there may be dozens of different drugs, in different form, dosage, route of administration, etc. And the decision of what to treat, in fact, takes either a pharmacist at the pharmacy issuing the drug in this INN, at its discretion, any tender procedures on public procurement, in which the deciding factor becomes price.

In fact, Russia sozdayotsya classification of drugs, based on the opinion of experts and officials, but not for chemical substance, – Saversky considers. – It turns out that substances with different molecules (INN) can be recognized as equally valid. For example, all antiviral drugs, or medication against cough or against pain. But if they have the testimony both, it will be one cure for all diseases. They’re all from the same means, interchangeably, by the logic of the regulators. By the way, activated charcoal helps in almost everything and is quite inexpensive.

The right to a remedy for all

League of patients appealed to the government initiated the adoption of the law On provision of medicines to citizens in the Russian Federation. A petition in its support has already been signed by more than 200 thousand Russians. The basic idea of the new law, which was discussed by the participants of the Congress, is that necessary outpatient drugs must be free for all. According to the authors of the bill, to normalize the situation is possible only centralising procurement at the Federal level and the regions should only apply to their application (at the same time, local authorities will become of the enemies of patients in their allies). And doctors should be able to prescribe medications they deem necessary, without regard to the preferential lists of medicines and their cost.

This means the right of prescription under the reference prices for a trade, not a generic name – said Saversky. And leaves the patient the right to obtain a more expensive drug with a extra payment for this. If you cancel the countless bureaucratic lists that confuse people, and to provide the drugs to all who need it, it will not only humane, but also economically profitable, if you learn how to consider the effect of the fact that people will be less sick.

However, the legislative prospects for initiatives not much. On the same day that hosted the Congress in St. Petersburg took place the meeting at which President Vladimir Putin has urged to raise the level of the system of supply of medicines. In response, the head of the Ministry of health announced the intention to create a single register of recipients of preferential drugs. We must soon introduce two changes regarding the single register of latopalmata and a consolidated list of essential drugs to ensure they, – said Skvortsova.