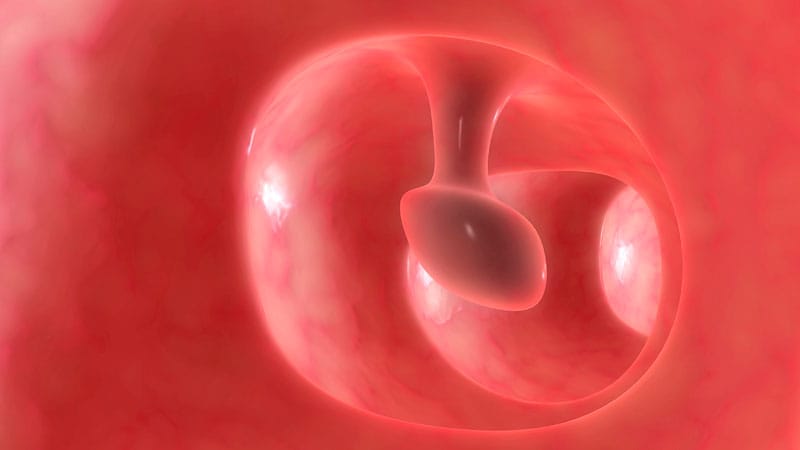 The so-called hot and cold spots of mortality from young-onset CRC differed slightly for people younger than 50 and those younger than 35, report the researchers, who say such studies may lead to better understanding of the underlying factors as well as to targeted interventions.

The authors suggest that deaths in the youngest young-onset CRC individuals “may be driven by a distinct set of factors as compared to deaths among older young-onset CRC and average-onset CRC patients.”

They add that “unmeasured factors…may drive anomalous young-onset CRC mortality rates, either independently or in conjunction with demographic [and] modifiable variables accounted for here.”

The research was published online in Gastroenterology.

Incidence, Mortality Rates on the Rise

The incidence and mortality rates of young-onset CRC have been increasing for decades, the authors write, but it has only recently begun to attract public health attention.

Risk factors and prognostic indicators, such as smoking, obesity, alcohol consumption, diabetes, sex, race, and socioeconomic factors, have been implicated in the development of the condition.

It is “too soon” to draw conclusions about the cause of the hot and cold spots, cautioned senior author Stephanie L. Schmit, PhD, vice chair of the Genomic Medicine Institute at the Lerner Research Institute, Cleveland Clinic, Cleveland, Ohio.

On the other hand, “lifestyle factors like diet and exercise might contribute to some extent to cold spots,” she added.

While Schmit said it would be “challenging” to replicate the findings nationally, “further analyses at more granular geographic levels would be incredibly helpful.”

To explore the geographical distribution of young-onset CRC mortality, the researchers gathered 20 years of data on more than 1 million CRC deaths from 3036 US counties. With aggregated county-level information from 1999–2019, they derived mortality rates from CDC WONDER underlying cause of death data.

Over the study period, there were 69,976 deaths from CRC among individuals diagnosed before age 50, including 7325 persons diagnosed younger than 35. Most CRC deaths (1,033,541) occurred in people diagnosed at age 50 and older.

Further analysis of those diagnosed when younger than 35 revealed two significant young-onset CRC mortality hot spots — in the Northeast (RR: 1.25) and the upper Midwest (RR: 1.11). In this youngest group, the team also found three significant cold spots ― in the Southwest (RR: 0.74), in California (RR: 0.78), and in the Mountain West (RR: 0.82).

“Though cold spots were similar across strata, young-onset CRC hot spots shifted southward in the 35–49 age stratum in comparison to the <35 group,” the team notes.

They acknowledge several limitations to the study, including its “ecological nature” and the lack of adjustment for stage at diagnosis.

Chan said that this is “one of the first studies that has given us insight into whether there is potential geographic variation in the incidence of young-onset colorectal cancer.”

This, he continued, is “very helpful in terms of thinking about potential risk factors for early-onset cancer and giving us more information about where we might want to focus our efforts in terms of prevention.”

Chan added that another interesting aspect of the study was that “the patterns might be different, depending on how you define early-onset cancer,” whether as “very early onset,” defined as onset in those younger than 35, or the “less stringent definition” of 35–49 years.

He said that “within the group that we’re calling very early onset, there may be enriched factors” compared with people who are “a little bit older.”