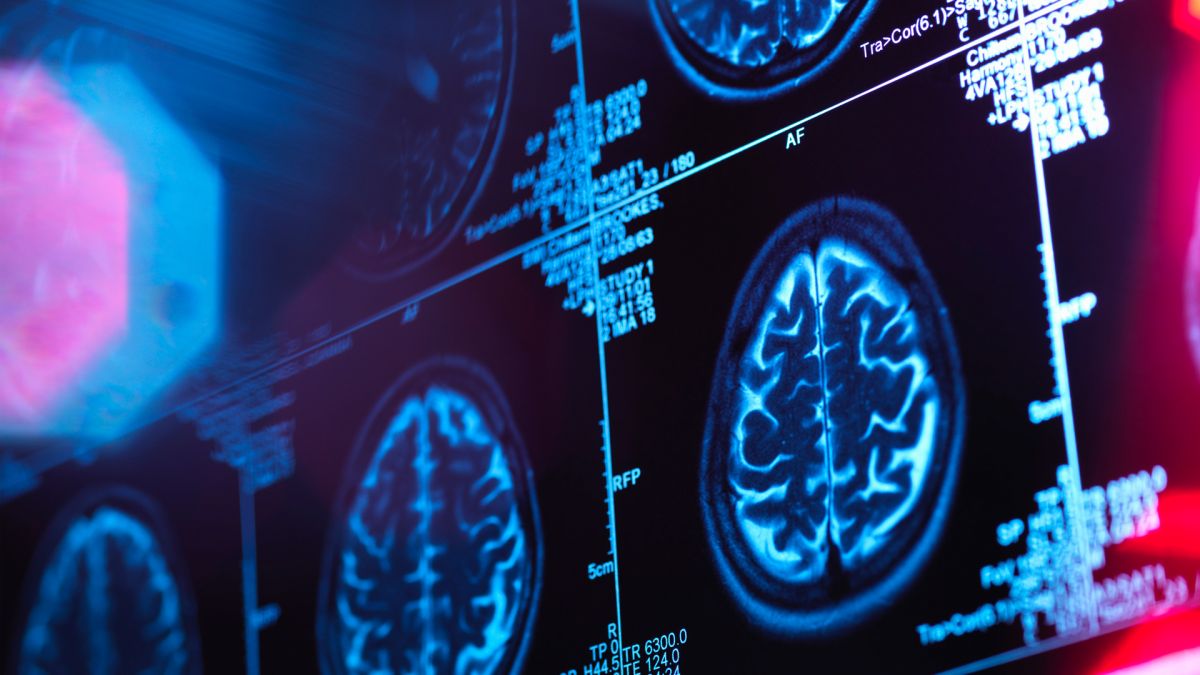 While most of us are familiar with type 1 and type 2 diabetes, you may not have come across the term ‘type 3 diabetes’ before. First things first, this is not to be confused with type 3c diabetes, which is something else entirely. It is, however, related to insulin resistance in the brain.

Being diagnosed as insulin resistant generally means that someone is either prebiabetic or has type 2 diabetes. But scientists have proposed that it can also result in the brain’s neurons lacking glucose, which is needed for proper function, and this can lead to symptoms of Alzheimer’s disease.

While type 3 diabetes is not an officially recognised health condition, in 2008 Dr Suzanne de la Monte and Dr Jack Wands of Brown University put forward a proposal that Alzheimer’s disease could be termed ‘type 3 diabetes’ due to its strong links with insulin resistance. Insulin resistance may be a leading cause of dementia, as this glucose deficiency in the brain leads to symptoms such as loss of memory, decrease in judgment and reasoning skills.

What is type 3 diabetes?

Type 3 diabetes is not a medically recognised term and is not something doctors use for diagnostic purposes. However, insulin resistance and decreased insulin signaling in the brain may play a role in the development of Alzheimer’s disease. Not to mention, the risk of developing Alzheimer’s disease is significantly higher in those with type 2 diabetes. As such, the term ‘type 3 diabetes’ has been colloquially used by some in the field to illustrate these links.

A study in the Lancet journal of Neurology (opens in new tab) links diabetes with declining brain health and indicates that treatments that restore cerebral insulin function may offer therapeutic benefits to those with Alzheimer’s disease.

Dr. William H Frey II, an Alzheimer’s specialist at the Health Partners Center for Memory and Aging (opens in new tab), also explains that the disease causes cognitive decline in patients. “Alzheimer’s is a degenerative brain disease that accounts for more than 60% of the cases of dementia,” he tells Live Science. “It is characterized by memory loss, especially short-term or recent memories, cognitive decline and changes in behavior, all of which get progressively worse over time.”

Dr Tariq Mahmood, a doctor and medical director at Concepto Diagnostics (opens in new tab), adds: “Type 3 diabetes isn’t an officially recognised health condition and isn’t used for diagnostic purposes. It differs from type 1 diabetes and type 2 diabetes, which cause blood sugar levels to become too high due to issues with a hormone called insulin. Some scientists hypothesize that insulin dysregulation in the brain causes dementia and use type 3 diabetes as a term to describe Alzheimer’s disease – a progressive neurological condition which is the most common cause of dementia.”

Mahmood explains that while ‘type 3 diabetes’ is not an official diagnosis, doctors can diagnose Alzheimer’s disease, which affects multiple brain functions gradually over the course of many years. “Minor memory problems are usually the first sign,” he says. “More specific symptoms can include confusion, difficulty planning, disorientation, getting lost and personality changes.”

Early to moderate symptoms of Alzeimers include:

These symptoms usually develop to a point that patients cannot swallow, lose bowel control and eventually pass away. Often people with Alzeimer’s die from aspiration pneumonia. This develops when food or liquids pass into the lungs instead of air due to problems with swallowing, as is stated by the National Institute of Aging (opens in new tab).

Dr Frey tells us that Alzheimer’s is best diagnosed by a neurologist who is familiar with neurodegenerative memory disorders. “Diagnostic procedures may involve taking a complete history, blood tests, brain imaging, neuropsychological testing, etc. to help rule out other disorders that may produce somewhat similar symptoms,” he says.

A review on insulin resistance in the Frontiers in Neuroscience (opens in new tab) journal indicates that insulin links multiple conditions together, such as obesity, dementia and diabetes, and recommends the potential use of antidiabetic medication to treat dementia. Additionally, the review explores the link between dementia and a high allostatic load, which is the burden created by stress, life events and other environmental challenges.

Mahmood tells us that while the science is unclear on the specific cause of Alzeimer’s disease, a combination of factors may be at play. “It’s widely believed that age-related neurological changes combined with genetic, environmental, and lifestyle factors can contribute toward it,” he says. “Age is the most important known risk factor for Alzheimer’s disease due to, among other things, atrophy in parts of the brain. Atrophy is the wasting of a muscle, meaning it can shrink, thin or be outright lost.”

He goes on to explain that In Alzheimer’s disease, this insulin signaling deficiency occurs in the brain and leads to a loss of brain cell energy. Without sufficient insulin signaling, blood sugar is not taken into brain cells and metabolized normally.

“Loss of brain cell energy means that the brain can no longer carry out memory and cognitive functions normally and also can not produce the parts of brain cells needed to replace those that wear out over time leading to degeneration of the brain itself.”

Unhealthy lifestyles, including lack of exercise, poor diet and lack of sleep, likely also increase the risk for Alzheimer’s disease, he says.

Dr Frey’s research has been pioneering in the area of insulin resistance and Alzheimer’s. In 2022, he released a study in the Pharmaceuticals (opens in new tab) journal indicating that intranasal insulin (insulin administered up the nose) can help with cerebral glucose hypometabolism, which is a characteristic that is commonly found in those with degenerative cognitive disorders, as well as type 2 diabetes.

“Because insufficient insulin signaling contributes to loss of brain cell energy in individuals with Alzheimer’s disease, [we] first proposed intranasal insulin as a treatment for Alzheimer’s disease about 22 years ago,” he says. “Intranasal insulin delivers and targets insulin to the brain along the nerves involved in smell without altering the blood levels of insulin or blood sugar.”

But while clinical trials have shown that non-invasive intranasal insulin increases brain cell energy and improves memory in normal healthy adults, as well as those with mild cognitive impairment or Alzheimer’s disease, it needs further development and testing to sufficiently demonstrate its safety and efficacy before it can be considered for regulatory approval and made available.

Dr Mahmood tells us that while there is regrettably no cure for Alzheimer’s disease, treatments for those with the condition are available. “There are medicines and treatments that can reduce symptoms on a temporary basis,” he says. “The two main medicines right now are acetylcholinesterase (AChE) inhibitors, which help nerve cells communicate with each other, and memantine, which blocks the effects of excessive glutamate – this is a neurotransmitter released by nerve cells which plays a major role in learning and memory.”

For people who begin to show aggression or distress, antipsychotic medicines can also be prescribed. For treatments, cognitive rehabilitation and cognitive stimulation therapy can help maintain memory and problem-solving skills.

Can you prevent type 3 diabetes?

A review in the Journal of Alzheimer’s Disease (opens in new tab) indicates meditation may help with the prevention of Alzheimer’s disease, as it reduces allostatic load, which has been linked to the development of several cognitive disorders. Just 12 minutes of Kirtan Kriya meditation per day was shown to improve sleep, decrease depression, reduce anxiety, down regulate inflammatory genes, upregulate immune system genes, and improve insulin and glucose regulatory genes.

Dr Mahmood tells us that general healthy living is recommended to reduce your risk too, although other risk factors are uncontrollable. “Unfortunately, there’s no way to prevent Alzheimer’s disease at the moment,” he says. “Living a healthy lifestyle might lessen your risk, but age-related neurological changes and genetic factors are impossible to work around. Cardiovascular disease has been linked with an increased risk of Alzheimer’s disease, so eating a balanced diet, making sure you get 150 minutes of exercise per week, limiting alcohol consumption and stopping smoking are all worthwhile.”

Our easy Mediterranean diet plan and 7-day plant-based diet meal plan have lots of ideas to help you to eat a more balanced diet.

Dr Frey agrees that general healthy living is a wise course of action in working to avoid Alzheimer’s disease. He also recommends protecting your head. “Maintaining a healthy lifestyle including regular physical activity, avoiding head injury by wearing your seatbelt while in vehicles and a helmet during sports, consuming a healthy diet and remaining socially active can all help to reduce your risk for Alzheimer’s disease,” he says.

This article is for informational purposes only and is not meant to offer medical advice.

Lou Mudge is a health writer based in Bath, United Kingdom for Future PLC. She holds an undergraduate degree in creative writing from Bath Spa University, and her work has appeared in Live Science, Tom’s Guide, Fit & Well, Coach, T3, and Tech Radar, among others. She regularly writes about health and fitness-related topics such as air quality, gut health, diet and nutrition and the impacts these things have on our lives.

She has worked for the University of Bath on a chemistry research project and produced a short book in collaboration with the department of education at Bath Spa University.