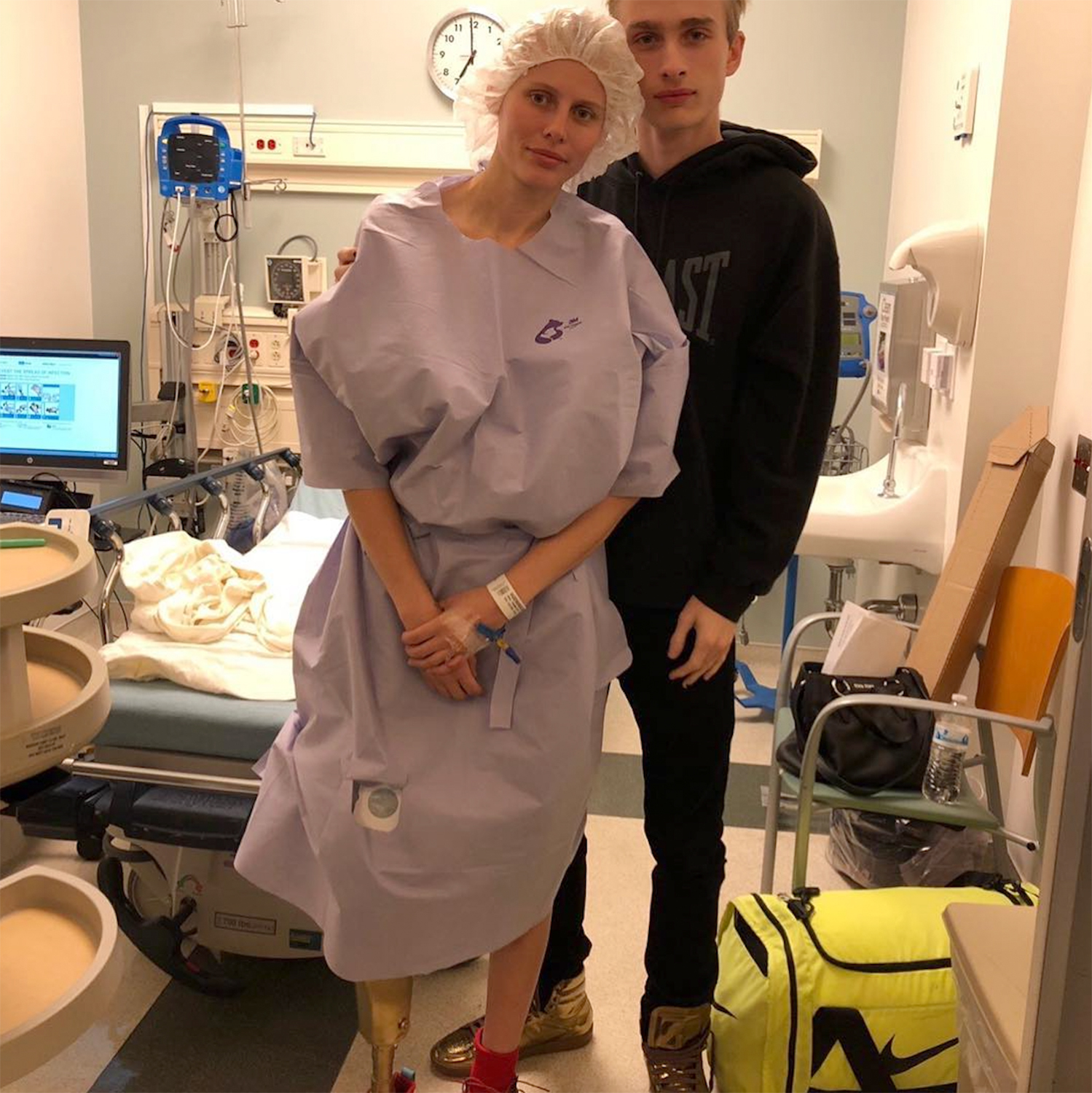 Lauren Wasser is speaking out again about losing both her legs to toxic shock syndrome.

Six years ago, the model and activist lost her right leg — and nearly her life — when she contracted toxic shock syndrome, a rare complication of bacterial infections associated with tampon use.

Though she initially fought to keep her left leg, which was also severely damaged as a result of the infection, Wasser decided to have it amputated in January of 2018.

On the anniversary of her second amputation, Wasser, 30, posted an empowering message on Instagram.

“A tampon almost killed me,” she wrote. “I was using the product as I should. I got away with my life with a 1 % chance of survival let alone a life worth living. Actually surviving was the easy part it was waking up to nightmare that was ahead.”

Wasser continued, recalling living with only one leg after having her right leg amputated in 2012. “Every step was hard and everything I did I had to mentally fight through because the physical pain was insane,” she wrote. “I honestly can say I wouldn’t be alive had I amputated at the same time. It would have been too much for me. Losing one leg was traumatic enough.”

“The first year I hid myself in hoodies and baggy sweats trying to not exist. I contemplated suicide. I have been through it all. Today marks one year since letting go of my left leg and gaining my life back. I really feel like the 24-year-old girl before all this happened,” Wasser finished, adding at the end that she is now training for the 2019 New York City Marathon.

In March, two months after the second amputation, Wasser opened up to PEOPLE about her new life as a double amputee.

“I was ready,” Wasser told PEOPLE. “For five years of my life I was just getting by — every day was painful. I couldn’t wear heels, I couldn’t run and I could only walk for like 20 minutes. That’s not living.”

“The other day I realized I wasn’t in pain for the first time in five years,” she added. “It hit me and I was like, ‘Wow, I’m okay. I feel normal, I feel good. I feel like what everyone feels like. That was freedom in itself. That was the excitement, and that was what I had hoped for. Doing this amputation was getting rid of that pain and that suffering that I was dealing with and I was hiding.”

RELATED: Model Lauren Wasser on Second Leg Amputation: ‘It’s a Hard Decision, But My Only Way to Freedom’

“I’m ready to just flourish, travel, jump in the ocean and just be a normal human being,” she continued. “My 20’s were pretty painful. I think getting rid of my leg was getting rid of the past and getting ready for my journey ahead.”