“You know, my back’s kind of messed up,” Tom Selleck revealed. The 77-year-old, whose been on TV since 1969, has spent a lot of his time twisting and bending his body to perform stunt work. “When you do stunts in movies – I do a lot of them – you’re taking a risk, but you’re also sitting around a lot,” Selleck told CBS. “So you might do a fight scene, and then you sit in your chair. And it’s not like you have a personal trainer saying, ‘Okay, we’re ready to go, but Tom needs 10 minutes of stretching and warm-up.'”

The father-of-two, to Kevin and Hannah, said that over the years, you “see the price of stunts”.

While thinking “they weren’t that hard” at the time, it’s the “stop-and-go of all that stuff” that could cause an injury.

Thankfully, though, Selleck has the support of his wife, Jillie Mack, to help when things get really bad.

On August 7, the pair celebrated their 34th year of marriage, which means next year, if they were to follow tradition, they will be gifted with coral or jade stone. 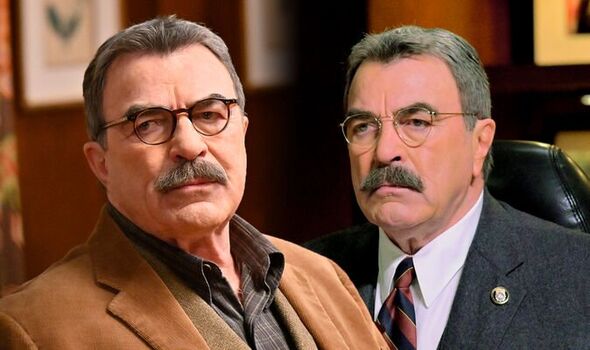 The couple share a daughter, 33-year-old Hannah, whereas Selleck had his son, Kevin (now 56) with his ex wife, Jacqueline Ray.

Selleck was married to Jacqueline from 1971 to 1982, when he starred in the TV series Sarge, The Young and the Restless, and Mannix – among many more.

In the 80s, the 6ft 4in actor portrayed Hawaii-based private investigator Thomas Magnum on the TV series Magnum, P.I.

Committed to doing his own stunt work, it would have worked in Seller’s favour to take the time to do warm-ups and cool-downs. 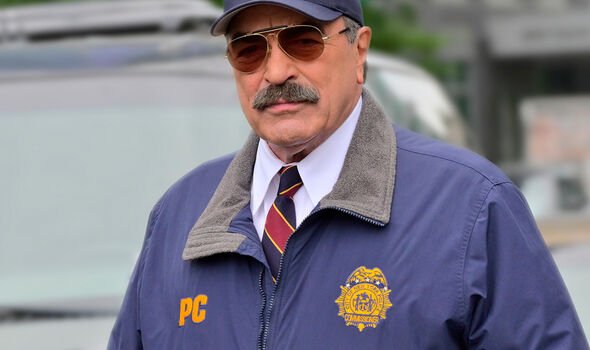 Back pain could be the result of a pulled muscle, a slipped disc, or sciatica, the NHS highlighted.

A pulled muscle, also known as a strain, is a fairly “common” injury, which can lead to the area becoming swollen or bruised.

The strained muscle may also feel tender and weak, meaning you can’t move it in the usual way.

Moreover, a pulled muscle can lead to muscle spasms or cramping, which is when the muscles painfully tighten on their own.

RICE therapy is the most effective form of treatment for a pulled muscle, which is an acronym for:

The NHS explained: “A slipped disc is when a soft cushion of tissue between the bones in your spine pushes out.

“It’s painful if it presses on nerves. It usually gets better slowly with rest, gentle exercise and painkillers.” 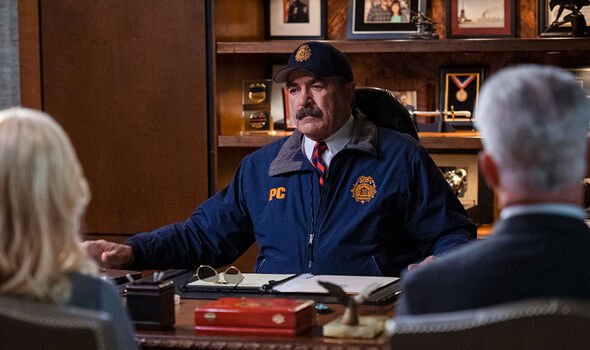 The warning signs of a slipped disc can include:

A slipped disc can also lead to sciatica, which is when there is pain in the buttock, hips or legs.

As to what type of back pain Selleck suffers from, he has not said, but it seems it’s not going to keep him away from acting in Blue Bloods.