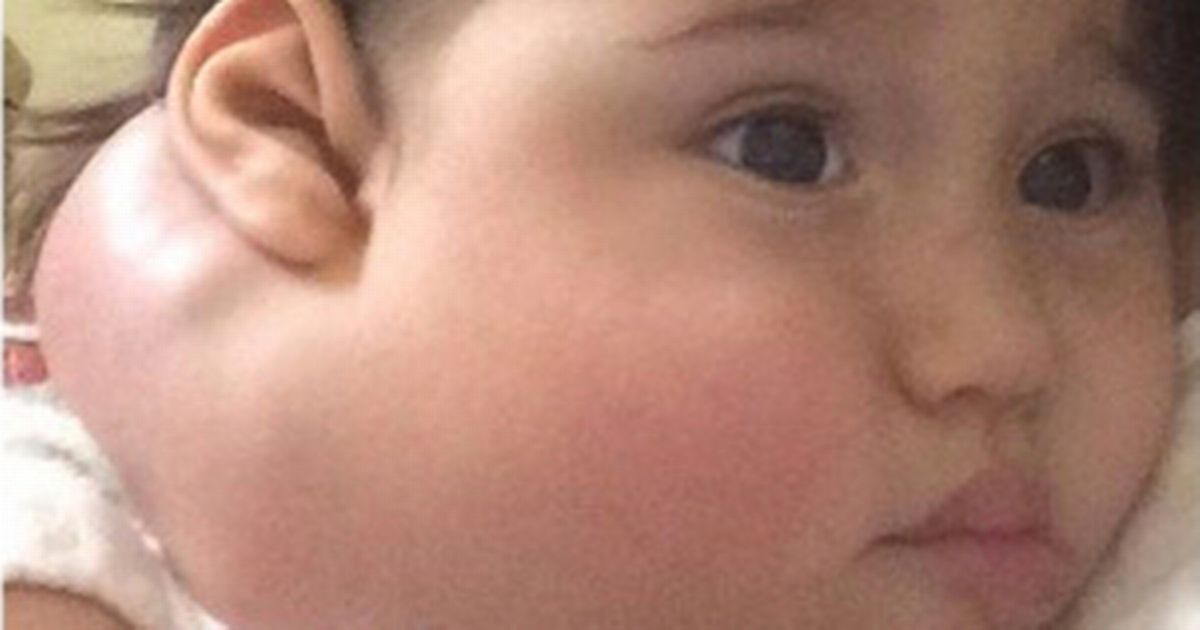 It was the moment Zayn Chowdhury’s mum and dad had been dreading. Their toddler son’s eyes rolled into the back of his head as he fell into a coma.

The tumour in his face that had started as a tiny lump behind his ear was now the size of a grapefruit – and was eating into his jaw.

After chemotherapy, his liver was failing and his lungs were filled with fluid. And now hospital doctors told parents Daniella and Anwar to say their final goodbyes.

“Everyone around us had started panicking ,” says Daniella, 38. “We thought we’d lose him. But he has always been a fighter – and he fought back. His strength amazed us.”

It was the most terrifying moment in a long ordeal that saw Zayn’s cancer misdiagnosed – and then funding for life-saving treatment abroad refused by the NHS.

And it was only through a last minute crowdfunding appeal that the family amazingly raised £53,000 in just seven days to save their son. The Chowdurys’ nightmare began when Zayn was just a few days old in December 2015.

Daniella was worried about a tiny, flesh-coloured lump behind his right ear. Her GP referred Zayn to a consultant who reassured his parents it was probably a kind of birthmark and nothing to worry about.

Over the next year, their son had precautionary MRI scans every three months as the lump, which didn’t seem to trouble him, got bigger.

“They kept saying there was nothing to worry about and it would resolve itself,” says Daniella, also mum to son Razak, four. “But it kept growing.”

But when it grew to the size of a satsuma as Zayne approached his first birthday, the family, of Croydon, South London, asked for a second opinion at another hospital, St George’s in Tooting.

Former nanny Daniella says: “This hospital did an MRI scan and a biopsy too. Three weeks later when we returned for the results the doctor told us, ‘I’m afraid your little boy has cancer’.

“We were horrified. We felt so guilty for believing the first doctor.”

Zayn was diagnosed with a rare and aggressive soft tissue cancer known as rhabdomyosarcoma. X-rays showed the tumour was growing into his jawbones.

It stretched from the back of his neck to the front, but still wasn’t giving him pain. “Even at that stage, he was such a cheerful little chap,” Daniella recalls.

Zayn was referred to the Royal Marsden Hospital in Sutton, where doctors began chemotherapy.

But after his first treatment, he suffered a rare allergic reaction which caused organ failure.

Daniella says: “Ten days after his chemo Zayne wouldn’t eat and was very sleepy. When we told the doctors they measured his enzymes and found his liver was failing. He was actually slipping into a coma.”

Zayn was transferred by ambulance to Kings College Hospital in South London, where he was put on a respirator in an induced coma and later given dialysis.

Amazingly, he battled back and just two weeks after returning home he was strong enough to start a course of a different chemotherapy.

That treatment put the cancer under control and the tumour started to shrink.

Then doctors told Daniella and estate agent Anwar, 38, Zayne’s best chance of survival lay in intensely-targeted radiotherapy unavailable in the UK, but offered by a specialist Academic Medical Center in Amsterdam, Holland.

The family were told the NHS had always paid for this, so they immediately applied for Zayn’s funding and booked his treatment.

“But just seven days before his treatment was due to begin, the funding application was refused.” says Daniella.

“The NHS suggested Zayn should have routine radiotherapy instead, even though the doctors treating him knew that wasn’t the best option. We could have appealed, but it would take time Zayn no longer had.”

In desperation, they appealed to friends and family to help them crowdfund and raised the £53,000 cost in a week.

Zayn’s treatment went ahead last November. “The response to our appeal on social media was immediate,” says Daniella. “People were incredibly generous.”

In Holland, Zayn had eight hours of surgery to remove the tumour, implant a mould to fill the gap left behind on the right side of his face and insert wires beneath his skin to deliver intense radiotherapy blasts known as brachytherapy into the tumour site every two hours over several days.

It was an ordeal for the youngster.

“Zayn was given the brachytherapy in a metal room. Nobody else could be in there during treatment, and he had to be strapped down,” says Daniella. “He was frightened, crying and vomiting – it was very distressing. ”

Before returning home, Zayn had eight-hour surgery to rebuild his face with a muscle removed from his back. His right ear canal was also removed. After six weeks in Holland, the family was home in time for Christmas 2017.

Following the brachytherapy, Zayn had another six months of lower dose chemo. The cancer has cost him the hearing in his right ear, but doctors have so far found no trace of cancer in his body and he is in remission.

Daniella beams: “Zayn is is absolutely full of beans and seems to appreciate that his life is back to normal again.

“He loves running, jumping, climbing. To look at him now, with his hair back, you wouldn’t know there’d been anything wrong with him.

“The only thing is he dislikes crowded spaces now because of the noise level. We’ve been told he will need hearing aids.”

Zayn started nursery in July. As Daniella and Anwar prepare to celebrate his third birthday, they are organising a fundraiser instead of a party – with stalls and a bouncy castle and donations to the Royal Marsden Hospital instead of presents.

The family are pursuing a civil case against the original hospital who failed to diagnose Zayn’s cancer.

Daniella says: “The last two years have been a rollercoaster, but we want to tell our story to thank everyone who donated, and to give hope to other families whose children are going through cancer.”