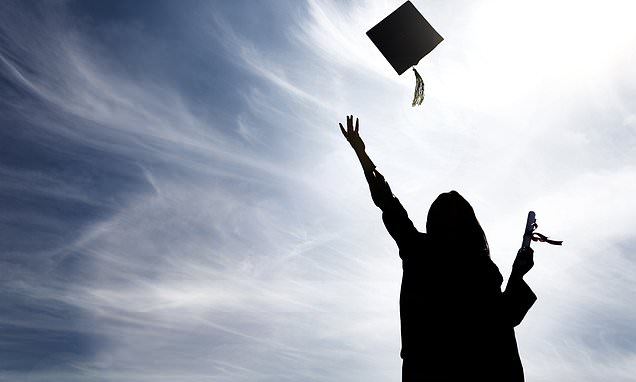 The longer you spend in education, the healthier you are: Scientists say three extra years of learning may lower your BMI and blood pressure

People who attend university are less likely to suffer a heart attack or stroke because they are healthier, a study suggests.

Scientists found for every 3.6 additional years spent in education, people had a BMI that was one mark lower.

They also found the same amount of time – similar to that needed to gain a university degree – also lowered blood pressure.

Being overweight can lead to high blood pressure or diabetes, both of which are known to raise the risk of heart attacks and strokes. 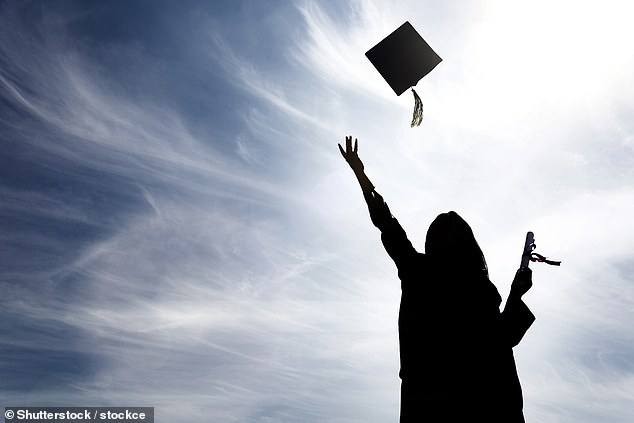 Those who reach higher education are less likely to suffer a heart attack or stroke because they are healthier, a study led by University of Bristol has suggested

Scientists already knew that the risk of cardiovascular disease is lower for people who spend more time in education.

The academics wanted to discover exactly why spending more time in education – an extra 3.6 years – can lower the risk of heart disease.

They found better weight, smoking habits and blood pressure account for almost half the ‘protection’ for those in higher education.

WHAT IS CVD AND THE KNOWN RISK FACTORS?

Cardiovascular disease (CVD) is a group of disorders of the heart and blood vessels, which includes coronary heart disease, heart attack and stroke.

Approximately 26 per cent of all deaths in the UK are due to CVD.

It is estimated seven million people in the UK are living with CVD, which costs the NHS £6.8 billion a year.

Coronary heart disease (CHD) is the leading cause of death in the UK.

However, it is believed 80 per cent of CHD and stroke could be prevented by changes to lifestyle factors, such as diet, physical activity and smoking.

The other half remains a mystery, but scientists predict it could be because those who are less educated aren’t seeing their doctor as much as they should, and therefore are less likely to take part in healthcare initiatives to stop smoking, for example.

Researchers used data from more than 200,000 people to compare the number of years spent in education with several factors.

They included body mass index (BMI), blood pressure, how much they have smoked, and events such as a heart attacks or stroke.

The research team also searched through genetic data from more than one million people.

They focused on points in the DNA called a single nucleotide polymorphism (SNP), which have been linked to the amount of time someone spends in education.

The team, led by Alice Carter from Bristol University, compared this with genetic markers for BMI, blood pressure and smoking.

The results, published in the BMJ, show that 40 per cent of the reason people in education are protected from a heart attack or stroke can be attributed to low BMI, low blood pressure and lower likelihood of smoking.

Inididually, BMI contributes to 18 per cent, blood pressure 27 per cent, and smoking status 34 per cent. The combined number is lower because the effects ‘overlap’.

One possibility is that people who spend more time in education tend see their doctor sooner with any health complaints, Dr Gill said.

They may also have access to private health care.

The study did not consider exercise, diet, or other health profiles as they were too closely related to BMI.

Dr Carter stated that leaving school earlier does not necessarily mean an individual will go on to develop heart disease.

She added future research will look into whether those who are more educated are more likely to be given a prescription.

Cardiovascular disease (CVD) is a general term for any condition affecting the heart or blood vessels, including heart disease, heart attack and strokes.

An estimated 17.3million people died from CVD globally in 2008, accounting for 30 per cent of all deaths, acording to the World Health Organization.

Charities warn that 42,000 people die prematurely – under the age of 75 – from CVD every year.

Death rates from coronary heart disease are the highest in areas of greatest deprivation.