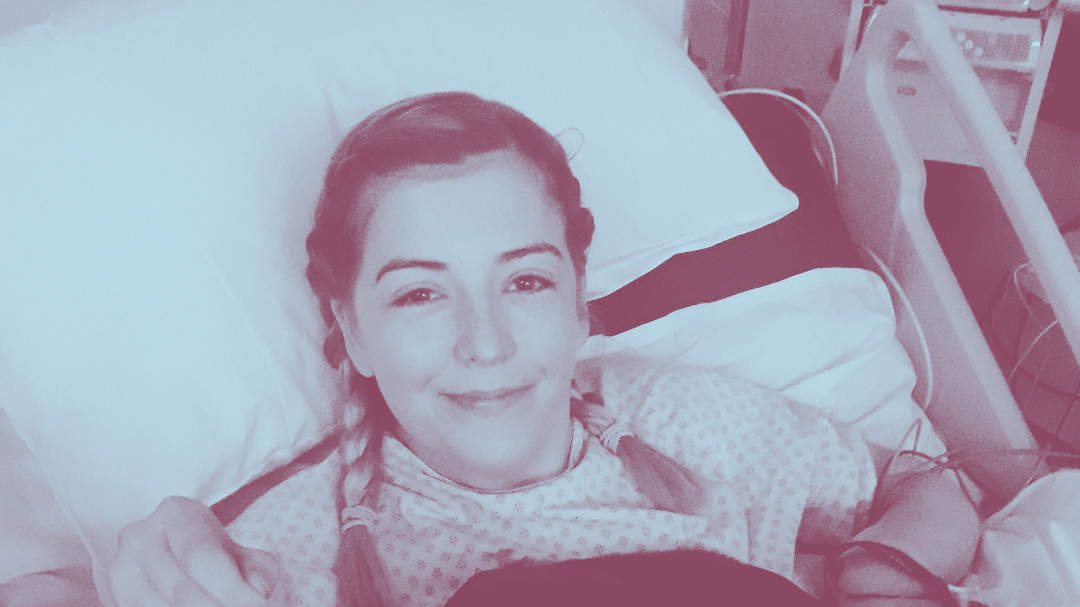 If your mom always told you that cracking your joints was bad for you, turns out she had a point: In a horrifying incident, a 23-year-old suffered a stroke after cracking her neck.

United Kingdom-based paramedic Natalie Kunicki was lying in bed watching movies with a friend when she stretched her neck and heard it crack, according to the Daily Mail. She dismissed the cracking noise, but then 15 minutes later, she went to the bathroom and fell on the bathroom floor, realizing that she couldn’t move her left leg.

“I wasn’t even trying to crack my neck. I just moved and it happened,” she told the outlet. “My friend asked ‘Was that your neck?’ but all my joints crack quite a bit so I didn’t think anything of it. I just laughed.”

“I got up and tried to walk to the bathroom and I was swaying everywhere. I looked down and realized I wasn’t moving my left leg at all, then I fell to the floor,” she added. “My friend had to come and pick me up. He thought I was drunk but I knew something else was wrong.”

Kunicki told the outlet that she was initially hesitant to call the paramedics, worried her coworkers might think she had been drinking. But she was unable to fall back asleep after the incident, and finally called an ambulance.

“I think they did look at me at first like they thought I was just a classic drunk 23-year-old but I told them I was a paramedic and I knew something was wrong,” she told the outlet.

In the ambulance, initial tests showed that her blood pressure and heart rate were both abnormally high. After being rushed to the hospital, she was told she suffered a stroke. One of her vertebral arteries, major arteries in the back of the neck that supply blood flow to the brain, had burst, causing a blood clot to form in her brain.

Kunicki underwent three-hour emergency surgery, during which doctors replaced the burst artery with a stent. As a result of the stroke, the entire left side of Kunicki’s body is paralyzed.

“When the consultant told me I’d had a stroke I was in shock,” Kunicki told the Daily Mail, saying she felt “emotionless” following the incident. “The doctors told me later that just that stretching of my neck had caused my vertebral artery to rupture. It was just spontaneous and there’s a one in a million chance of it happening. I don’t smoke, I don’t really drink and I don’t have any family history of strokes so it’s quite strange it happened to me when I was just moving in bed.”

Though Kunicki has a long road to recovery, she is starting to regain movement in her limbs. She can now walk for a few minutes, and is looking forward to returning to work. According to the outlet, doctors are unsure if and when she will make a full recovery.

While Kunicki’s case is rare, it’s important to know how these injuries can occur. According to the Cleveland Clinic, an artery tear, also known as cervical artery dissection, happens when any major artery in the neck tears and begins to bleed out. The first sign of a cervical artery tear can be a stroke, as it was with Kunicki. But more often, it takes hours to days for symptoms to show; these include headache, neck and face pain, vision disturbances, weakness on one side of the body, and even a “whooshing” sound in the ears.

“People need to know that even if you’re young something this simple can cause a stroke,” Kunicki told the Daily Mail. “Mine was one in a million but a ruptured vertebral artery is actually quite a common cause of strokes in young people.”

Kunicki’s family has set up a GoFundMe page for her recovery.