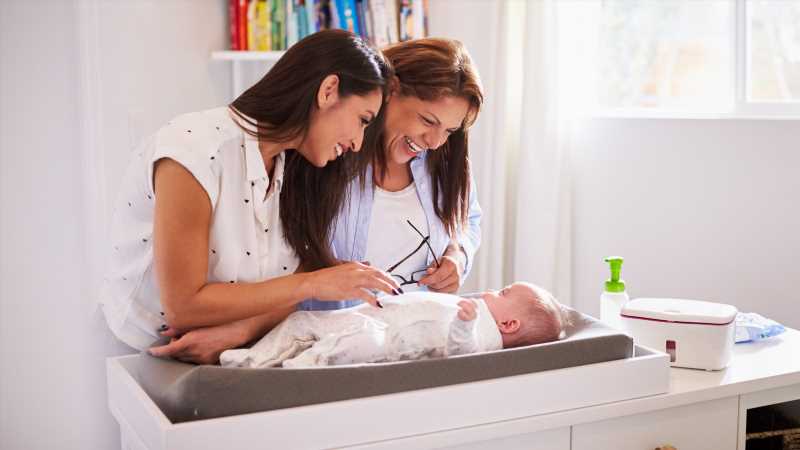 Having a new baby can be overwhelming, and well-meaning, veteran parents are often quick to swoop in with advice when you’re not sure what to do. It can feel like such a gift to get confident words of wisdom on the right way to feed, diaper, or calm your baby from someone who’s been there, done that … many times. The problem? As confident and knowledgeable as she may seem, that auntie of yours who raised a dozen kids and grandkids of her own actually might not be providing you accurate information — and listening to it might have disastrous consequences.

Case in point: putting your baby to sleep. For generations, parents put their babies face-down in their cribs, but experts have long since recognized that infants were less likely to suffer from sudden infant death syndrome (SIDS) if they were placed to bed on their backs instead, according to the MayoClinic. You might still have a wizened elder in your family insisting that everyone in your house would get a better night’s sleep if you let your baby be a tummy sleeper, but this is advice you need to tune out. And it’s not the only misinformation being shared. In an interview with The List, Dr. Adaobi Okobi, a pediatrician at Orlando Health Arnold Palmer Hospital for Children in Orlando, Florida, shared other myths about babies that you need to stop believing.

Myth: Putting cereal in the bottle will make your child sleep longer

Another morsel of advice about infant sleep that you need to ignore, according to Okobi, is to add a little cereal to your baby’s bottle to get longer stretches of sleep from your night owl. “Iron-fortified cereals are one of the first solid foods that babies eat,” she explained. “They are meant to be placed in a bowl and mixed with appropriately prepared infant formula or breast milk.”

Why is it a big deal if some of that cereal is fed from the bottle instead? “Placing the infant cereal in the bottle can contribute to ingesting more calories and is associated with an increased risk of childhood obesity,” Okobi said. “In addition, the standard bottle nipple is too small to allow the cereal to pass through without creating a bigger hole.” A bigger hole will mean the formula flows out too quickly, which can make your baby gag (via Pediatric Feeding News).

Myth: Picking up a crying baby will spoil them

Your instinct as a new parent may be to pick up your baby whenever he or she cries – but if you do that in front of your grandparents, you might get chided for “spoiling” your little one. Ignore the tongue clucks of the grands, because those instincts of yours are spot on, according to Okobi. “In the newborn period, infants are still transitioning to life outside of the womb, after spending their uterine life being fed constantly and rocked in a warm bath,” she explained. “Life after birth is significantly different from the environment they were once in and they have not learned the skill of self-soothing.”

Calming a crying baby is a critical skill you’ll need to learn. “Speaking to an infant in calming tones, putting them against the caregiver’s skin, swaying, shushing, swinging, sucking, and swaddling are all techniques that parents can utilize in the early infancy,” Okobi said. You’ll also want to become adept at understanding what different cries mean, because this is the only way your child can communicate until he or she learns to speak. “Infants communicate by crying,” Okobi explained. “It is the only way that they alert their parents that something is wrong — soiled diaper, hunger, fatigue, etc. As they grow, an infant’s cries become easier to distinguish so that a hunger cry sounds different than a cry of pain or discomfort.”

Myth: There is no need to brush baby teeth

You might get some eye rolls from the older generation when you break out a toothbrush to clean those few tiny teeth that have finally broken through your baby’s gums, but ignore them, according to Okobi. “Both the American Academy of Pediatrics and the American Academy of Pediatric Dentistry recommend brushing your baby’s teeth with a fluoride-containing toothpaste and a soft baby brush from the eruption of the first teeth,” she said. “A soft baby toothbrush can help break up biofilm that creates plaque. A soft washcloth may be used as well, but the toothbrush is preferred.”

You can explain to your well-meaning elders that infants actually do get cavities. “Dental caries (cavities) are very common and are caused by a combination of bacteria in the mouth and sugar (carbohydrates),” Okobi said. And think about what your baby’s been feasting on since birth: a sugar-rich diet of breastmilk and formula! “After a meal, the mouth remains acidic for up to 90 minutes before the acid gets neutralized from the saliva,” Okobi explained.

Speaking of bad advice about babies, the vulnerability of infant teeth to cavities is exactly why you also should ignore suggestions that you put juice in the bottle or sippy cup. “The frequent exposure of the teeth to the sugars in these drinks contributes to tooth decay,” she explained.

Maybe your baby’s grandparents or great-grandparents have a house full of baby gear they can’t wait to break out for the new addition — including that infant walker that you and your cousins all used to guide you toward your first steps. The truth is, this equipment won’t speed up the process at all. “The average age for walking is between nine and 15 months,” Okobi said. “Being in a walker will not make this process occur any faster.”

Not only that, but this particular item in grandma’s attic is downright dangerous. “Infant walkers are not as safe as parents think,” Okobi warned. “The earlier versions of infant walkers were prone to tipping over and causing injuries when the children fell. The more recent versions are still dangerous, because they put infants at risk of getting into places they would not normally be able to reach based on their developmental abilities.” For example, a baby on the go could end up rolling down stairs or touching a hot stove. The data backs up Okobi’s claims. “Between 1990 and 2014, over 230,000 children under the age of 15 months visited the emergency room for injuries related to being in an infant walker,” she said.