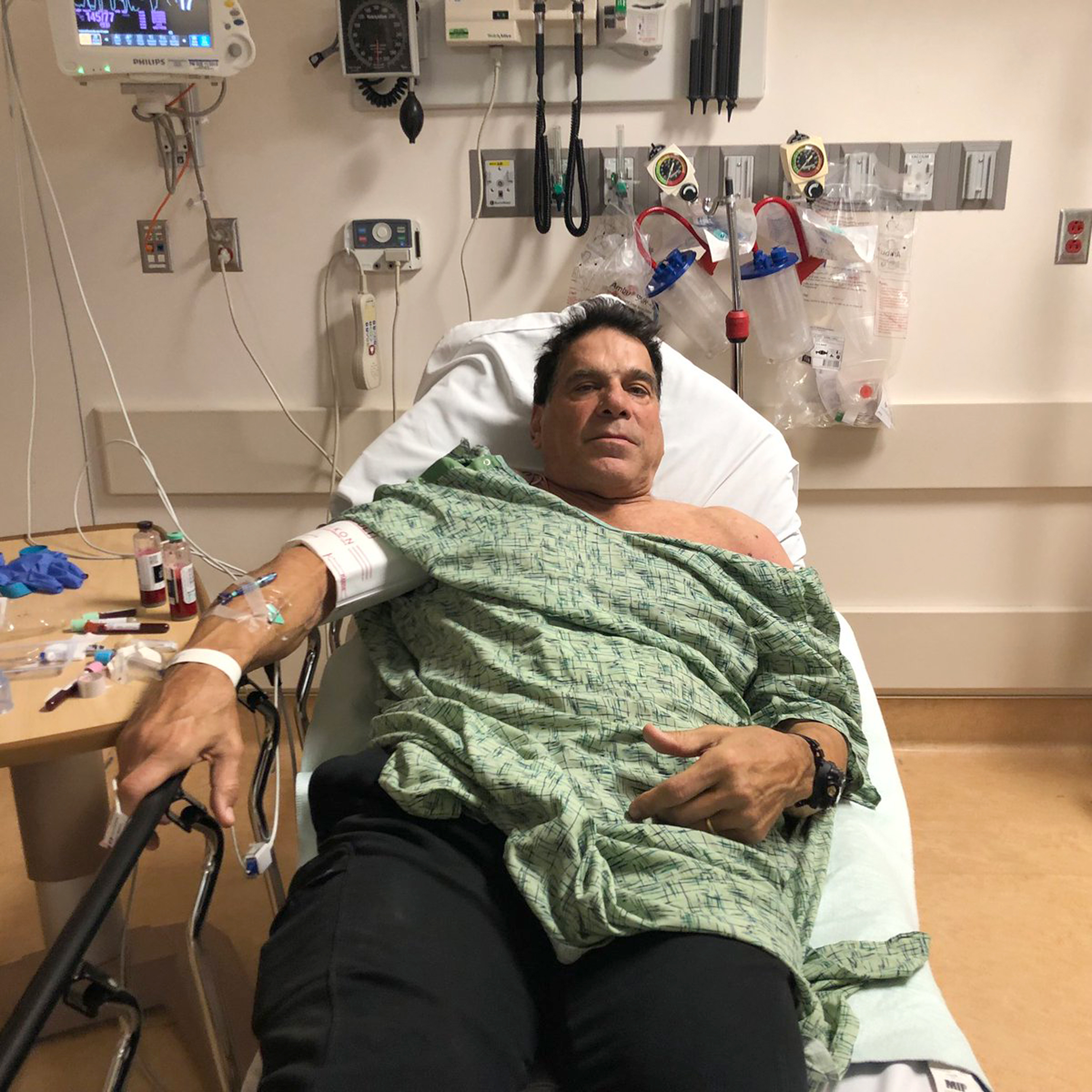 Lou Ferrigno is recovering after a pneumonia vaccination went wrong.

The Incredible Hulk actor, 67, shared the news to his social media accounts on Wednesday, revealing that he ended up in the hospital after he was allegedly incorrectly administered a pneumonia vaccine.

“Went in for a pneumonia shot and landed up here with fluid in my bicep,” he tweeted alongside a photo of himself lying in a hospital gown with IVs in his arm.

“I’ll be ok but it’s important that you keep an eye on who’s giving the shot and make sure they not only swab the spot correctly but that you watch the needle come out of the package,” he advised.

Reps for Ferrigno did not immediately respond to PEOPLE’s request for comment.

While it is unclear what specific shot was given to Ferrigno, there are two types of vaccines that fight against pneumonia, according to the Center for Disease Control and Prevention (CDC).

PCV13 and PPSV23 are both recommended for adults who are 65 and older in order to avoid contracting infections from pneumococcal diseases, such as meningitis, bloodstream infections, pneumonia, and ear infections.

Though both shots can bring on mild side effects that often go away on their own, only PCV13 has been reported to cause swelling at the injection site, the CDC said.

RELATED: Inside The Incredible Hulk Is a Gentle Giant from Brooklyn, Bodybuilder Lou Ferrigno

Despite Ferrigno advising his fans to be extra cautious when receiving shots, the CDC reports that the United States has the safest and most effective vaccine supply in its history.

In addition to playing The Hulk, Ferrigno most recently picked up roles in several films including The Avengers in 2012, Star Trek Continues in 2014, and Enter the Fire in 2018. He also has several projects lined up for 2019, according to his IMDb page.

Aside from his acting career, Ferrigno has spent years dedicated to bodybuilding, which he officially retired from in the 90s, and co-founded his family’s fitness program, Ferrigno Fit, with his daughter Shanna.

His reputation in weightlifting and bodybuilding secured him the job of training Michael Jackson ahead of his comeback tour in 2009.