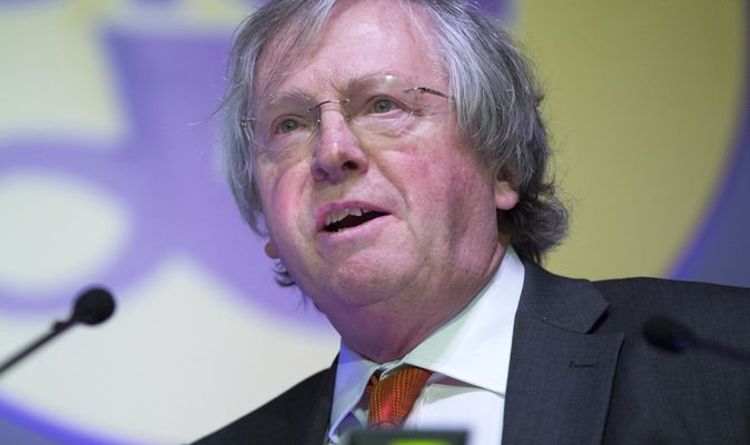 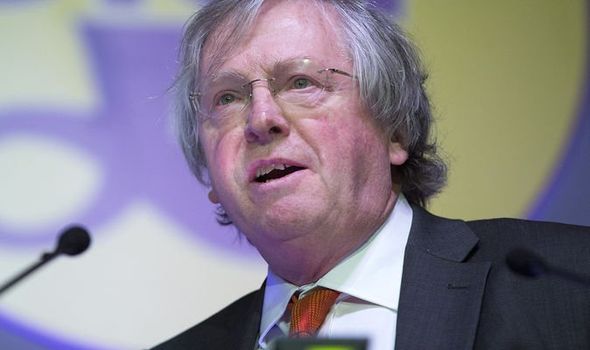 Angus Dalgleish said that anyone suggesting a non-natural origin for Covid had been silenced, warning: “This goes back to the days of Copernicus and Galileo – it is the death of science”.

Professor Dalgleish co-authored a paper in summer 2020 after spotting “unique fingerprints” in Covid-19 samples that he believes prove they must have been manipulated in a laboratory.

The work was rejected by a string of journals, before finally being published in a watered-down form. Prof Dalgleish, an oncologist who discovered how HIV entered and killed cells in 1984, then found himself “ostracised” and frightened.

In February 2020, the Lancet had published a letter that “strongly condemned conspiracy theories” suggesting that Covid-19 does not have a natural origin. This highly influential letter – subsequently cited in thousands of scientific publications – was signed by 27 experts including Wellcome Trust head and former Sage member Sir Jeremy Farrar.

However, it has since emerged that two weeks before the letter was published, Sir Jeremy stated in private emails that some senior scientists believed a ‘likely explanation’ was that the virus was man-made.

He had led a teleconference call on February 1 2020. The emails discuss the call and reveal one virologist was ‘80 percent sure this thing had come out of a lab’. Other shared the view.

Sir Jeremy was uncertain, stating “this will remain grey unless there is access to the Wuhan lab”.

But virologist Dr Ron Fouchier said: “Further debate about such accusations would . . . do unnecessary harm to science in general and science in China in particular.”

Professor Dalgleish, author of a new book on covid, The Origin of the Virus, warned the affair had profound implications for the scientific community.

He said his team had found amino acids on the spike with a positive charge, allowing the virus to cling to negative parts of the human body.

But it was highly unusual to find so many positive charges in a row because they also repel each other, he said.

“We realised when they released the sequence of the virus it broke the laws of physics for a natural virus meaning it was genetically modified.

“At the time my position was supported by Sir Richard Dearlove, the former head of MI6 who now chairs the University of London board of trustees.”

However, when they tried to publish their work they were turned down by numerous papers, including the Lancet.

“My paper was rejected within five hours”, he said. “Normally it takes three weeks before it is even peer reviewed.”

Prof Dalgleish said: “It was a political decision for this to be suppressed.”

Describing the impact after his paper was finally released, he said: “I was ostracised. I was fearful – really frightened at the way I was being treated.

“I was told I was not an expert on coronavirus’ and should just shut up. People tried to push us away. We were told our theory had no rationale and it was a conspiracy theory. I am so angry about this. I have more virus papers cited than most virology experts and they tried to push me aside.

“They did not even look at the science. It was obvious it was a gain of function escape from a lab and I say escape, but that is generous. We had this data in late February after the sequences were released.

“This has been a whitewash. This whole thing has killed science. Science is meant to look at evidence. It is truly unbelievable.”

Last year an expert who has studied the lab leak said the debate about coronavirus will be reduced to “insults on twitter” unless medical journals allow uncensored discussion.

What is happening where you live? Find out by adding your postcode or visit InYourArea

Jacques van Helden, professor of bioinformatics at Aix-Marseille University in France, said The Lancet etter in February 2020 effectively shut down debate over the origins of the virus.

“By labelling anyone with different views a conspiracy theorist, the Lancet letter was the worst form of bullying in full contravention of the scientific method.

“To say that something has leaked from a lab does not make it a conspiracy theory.

“Why was that letter signed by so many people? Why can’t we discuss this issue in a scientific journal? I do not want to have to resort to an open exchange on Twitter.”

Jamie Metzl, who sits on the World Health Organisation’s advisory committee on human genome editing, said in a previous interview: “The Lancet letter was scientific propaganda and a form of thuggery and intimidation.”

The Lancet and Sir Jeremy have been contacted for comment.