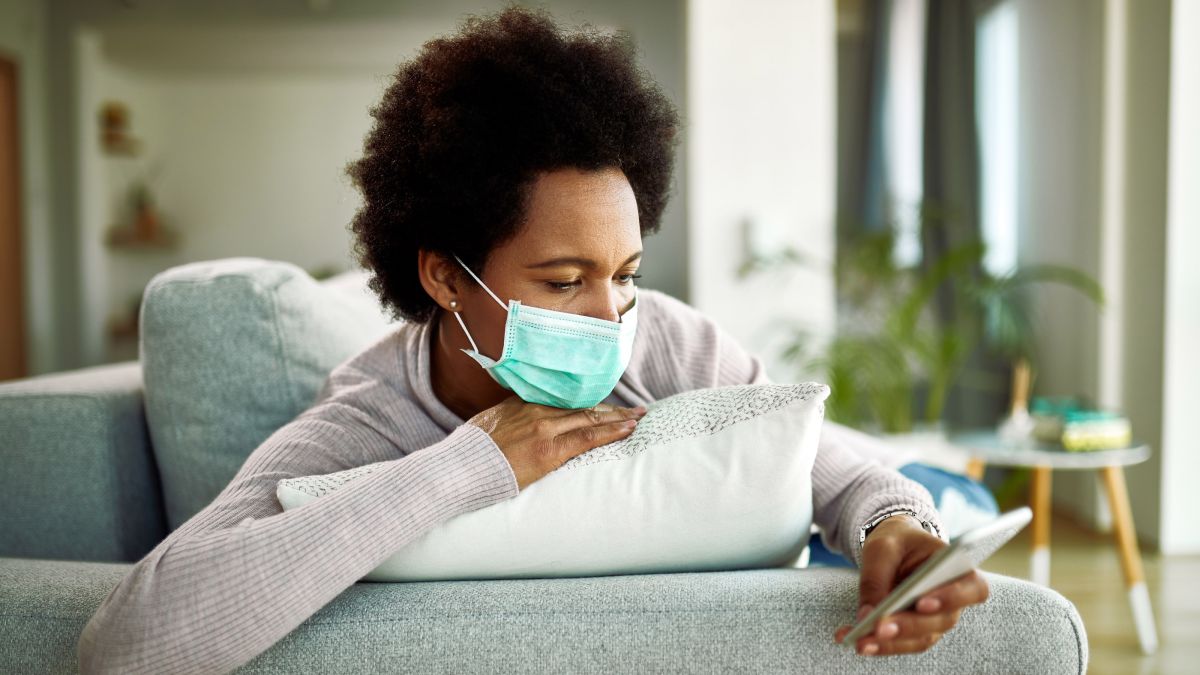 A research group in Australia has just published what appears to be a pretty terrifying finding – SARS-CoV-2, the virus that causes COVID-19, is viable even after sitting on surfaces such as glass and bank notes for 28 days.

With much of the attention turning to indoor ventilation of aerosolised particles, as well as droplets from coughing, sneezing and talking, this research provides a strong reminder that we also need to be keeping a close eye on what we’re touching.

But the paper itself, although robust, needs to be put into context before anyone panics and starts bleaching the heck out of their house. So, we’re here to help.

The researchers took a strain of SARS-CoV-2 and suspended it into a solution made to mimic human mucus. The final concentration of virus in the fake mucus was 4.97 × 107/mL, which the researchers approximated is around the amount of virus present in the mucus of a COVID-19 patient with a high viral load.

“While the titre of virus utilised in this study is high it represents a plausible amount of virus that may be deposited on a surface,” the team from the Australian Commonwealth Scientific and Industrial Research Organisation (CSIRO) writes in their paper.

Then, the team let the mucus dry on stainless steel, glass, vinyl, cotton, polymer and paper banknotes at three different temperatures 20°C, 30°C, and 40°C (68 to 104°F), without any exposure to light.

The team found that the virus remained and could be detected for up to 28 days on most surfaces at 20°C – the only exception being cotton, which was under the limit of detection after seven days.

“At 20°C, which is about room temperature, we found that the virus was extremely robust, surviving for 28 days on smooth surfaces such as glass found on mobile phone screens and plastic banknotes,” said one of the CSIRO researchers, Debbie Eagles.

“For context, similar experiments for Influenza A have found that it survived on surfaces for 17 days, which highlights just how resilient SARS-CoV-2 is.”

At higher temperatures however, the virus did not survive very long. The time it took for the virus to be under the limit of detection for glass, vinyl, stainless steel, polymer and paper notes was between 3 and 21 days at 30°C and 40°C.

Now, here’s where we get into the nitty gritty. As mentioned earlier, the researchers kept all the samples in the dark to try and limit the impact of ultraviolet light – meaning these findings may not hold true in real-life situations with different conditions.

“While the precise role of surface transmission, the degree of surface contact and the amount of virus required for infection is yet to be determined, establishing how long this virus remains viable on surfaces is critical for developing risk mitigation strategies in high contact areas,” said Eagles.

It’s also important to note that places with higher temperatures haven’t experienced a lower spread of COVID-19, and with India soon expected to surpass the US in case numbers, higher temperatures certainly aren’t a pandemic get-out-of-jail-free card.

Cardiff University upper airways researcher Ron Eccles told the BBC that the conclusion that the virus could survive for 28 days is causing “unnecessary fear in the public”, and not using real mucus was a flaw with the study design, since real mucus contains enzymes that would break down the virus.

“In my opinion infectious viruses will only persist for hours in mucus on surfaces rather than days.”

Although this study is an important reminder to wash our hands and to stay aware of the situation around us, it (like most studies) shouldn’t change how regular people keep themselves safe during the pandemic.

We know that the main route of transmission is when someone coughs, breathes or talks to another person (especially without wearing a mask), and although the virus can spread through people touching infected surfaces and then touching their face, the virus can be easily wiped away with regular use of 70 percent alcohol disinfectant.

Wearing a mask, staying away from large gatherings, regular handwashing and cleaning surfaces are still the best ways to protect yourself.

The research has been published in Virology Journal.