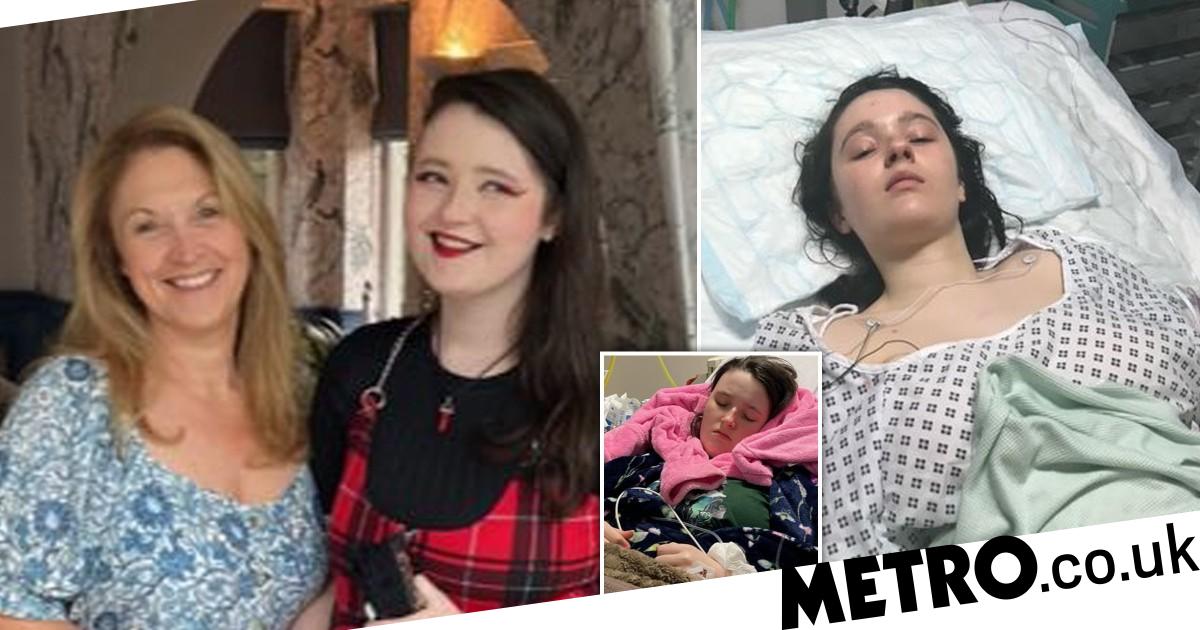 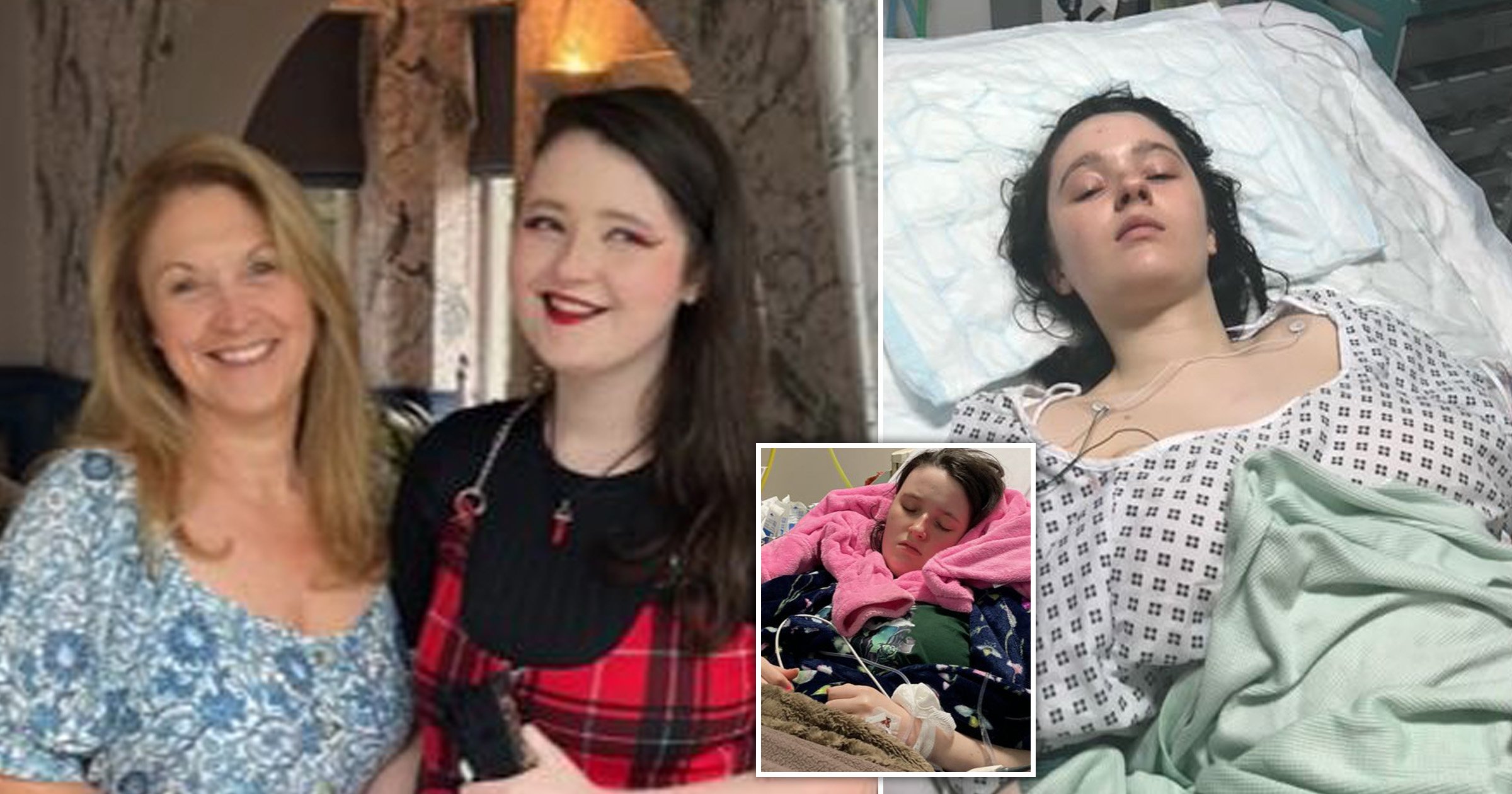 A mother has revealed her devastation after her teenage daughter was diagnosed with an incurable brain tumour.

Karen Kinsella – from Hyde, Greater Manchester – would come home to find her 14-year-old daughter Emily fast asleep instead of doing her homework.

Initially, she put it down to the antics of a typical teenager – until Emily started getting headaches.

A few days later, her mum noticed that Emily’s face had dropped to one side.

After sending a photo to her GP, Emily was urgently taken to A&E – where doctors explained she had a brain tumour.

Emily was immediately transferred to Royal Manchester Children’s Hospital and within days she underwent surgery to remove a section of the brain tumour at the start of 2021.

‘Three days later they came and told us the tumour was very nasty,’ said Karen.

‘They said it was the worst case scenario and that they couldn’t give a number on how long she was going to live.’

The family were given the devestating news that Emily’s tumour was treatable but not curable.

Then she was referred to The Christie hospital in Withington for six weeks of radiotherapy.

A life-saving course of chemotherapy was also delayed for a number of months after Emily developed a bleed on her brain as well as shingles.

Karen said: ‘Emily was the only person in Manchester to finish the course of chemotherapy.

‘Most children’s bodies couldn’t tolerate it for more than six months – she didn’t moan once.’

In Karen’s view, her daughter’s diagnosis brought her family closer together, with her husband not missing a single one of Emily’s appointments – even during Covid.

After finishing her course of chemotherapy, the tumour stabilised for a while and Emily was able to live a relatively normal life

‘She couldn’t go back to school but her art teacher kept in touch and she went into school some lunch times to see her friends,’ said Karen.

‘Emily was actually shortlisted as BBC young artist of the year before all of this.

‘When she finally got the call to come into casting it broke my heart as the reality that her life had changed hit me.’

However, a few weeks before Christmas, Emily developed problems swallowing and was advised by doctors at Manchester Children’s Hospital that she needed to have another scan.

After having to spend eighteen hours in A&E waiting to be seen, the family were told it wasn’t good news.

The original tumour had returned and a secondary tumour had appeared at the brain stem – making it inoperable.

While The Christie agreed to do ten sessions of radiotherapy at a lower dose, she ended up in intensive care because she couldn’t breathe and was placed on oxygen.

‘She was there for six days and we were told to prepare for the worst twice,’ says Karen.

‘By this time she had pneumonia and her lung had collapsed. But she just didn’t give up.’

Emily, who is now 16, has now finished her radiotherapy and was able to spend Christmas at home with her family.

According to Karen, they’re now turning their hopes to a trial drug which is currently only available in America and France.

The drug would be free for them in the US but, due to Emily’s condition, she isn’t able to fly there.

Instead, the family are having to drive twelve hours to France every month to receive the drug – at a cost of £3,900 per month.

Karen added: ‘The hope is that it will keep Emily alive until something comes along.

‘We’d like to get Emily on the drug for a few months and then we will turn our focus to start lobbying the UK government so that she can access it here.’

Emily – who lost one of her close friends, Liam Preece, to cancer earlier this year – is now hoping to use her experience to educate other teenagers about brain tumours, and the treatments available.

Mum Karen said: ‘We just want to keep her alive long enough for a miracle.

‘If we can keep her alive for a year or two, who knows what treatments can come through in that time.’

The GoFundMe page can be found here.