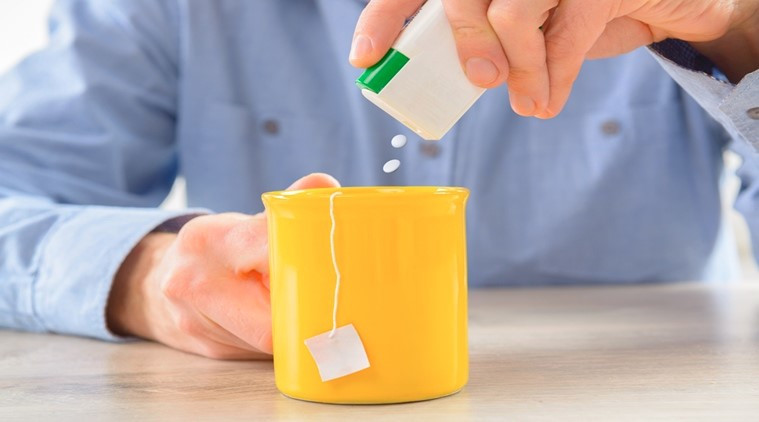 While some people who are trying to avoid sugar are increasingly opting for artificial sugar, a recent study has revealed that taking artificial sugar may not be a good idea after all.

“Growing concerns about health and quality of life have encouraged people to adapt healthy lifestyles and avoid the consumption of food rich in sugars, salt, or fat to prevent obesity and other non-communicable diseases. With increased consumer interest in reducing energy intake, food products containing non-sugar sweeteners (NSSs) rather than simple sugars (monosaccharides and disaccharides) have become increasingly popular”, the study stated. But replacing sugar with artificial sweeteners used in Diet Coke and other soft drinks has no effect on weight loss and their long-term health effects are still poorly understood, the review said.

The study titled ‘Association between intake of non-sugar sweeteners and health outcomes: systematic review and meta-analyses of randomised and non-randomised controlled trials and observational studies’ was led by the University of Freiburg and published in the BMJ. It also highlighted the absence of research on the long-term health effects of sweeteners when taken over years or decades.

In this comprehensive systematic review, a broad range of health outcomes was investigated to determine a possible association with non-sugar sweetener used by a generally healthy population. “The studies were set up to look at different types of sweeteners, measuring weight, blood sugar (glycaemic) control, oral health, cancer, cardiovascular disease, kidney disease, mood and behaviour in consumers. For most of them, there was no statistical difference in weight loss or health benefits of adults and children using higher doses of sweeteners rather than small amounts or none”, a report in The Guardian stated.

This comprehensive systematic review covers a broad range of benefits and harms of NSSs in a generally healthy population of adults and children, following rigorous systematic review methods. “Overall, we included 56 studies of adults and children, which assessed the associations and effects of NSSs on different health outcomes. For most outcomes, there seemed to be no statistically or a clinically relevant difference between NSS intake versus no intake, or between different doses of NSSs. No evidence was seen for health benefits from NSSs and potential harms could not be excluded. The certainty of the included evidence ranged from very low to moderate, and our confidence in the reported effect estimates is accordingly limited”, the study stated.