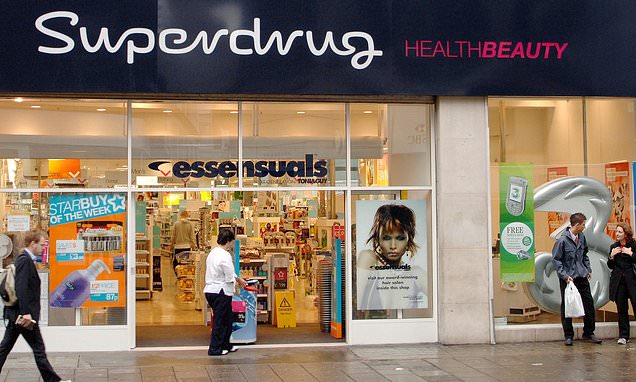 Customers seeking Botox and dermal fillers on the high street must be psychologically assessed to see if they are mentally fit for the cosmetic procedures.

The NHS has demanded that Superdrug, which triggered a storm of criticism when it started offering the services, check for conditions such as body dysmorphic disorder.

Professor Stephen Powis, NHS England medical director, wrote to the firm after it launched its programme in August. Superdrug currently offers Botox for £99 and dermal fillers for between £125 and £349 for people aged 25 and over. 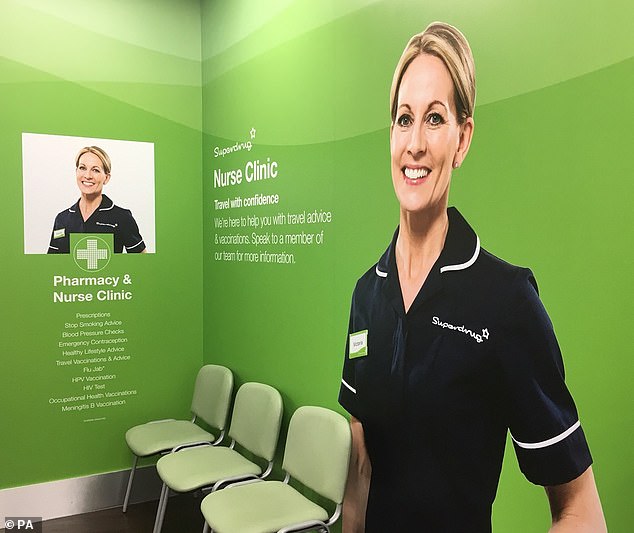 The NHS has demanded that Superdrug, which triggered a storm of criticism when it started offering the services, check for conditions such as body dysmorphic disorder

The procedures are available at its flagship London store on the Strand as part of a trial before being potentially rolled out to other stores.

Following the intervention by Professor Powis, Superdrug has agreed to put in place extra safeguards to protect those suffering from anxiety about their body – body dysmorphic disorder (BDD) – or other mental health conditions. The checks, which have been developed by psychologists, will be conducted by the nurses who carry out the cosmetic procedures. Questions include how often somebody feels anxious about certain parts of their body and how often they look at the part of their body they hate. Other questions focus on how often anxiety about their body interferes with day-to-day activities.

If a nurse practitioner suspects somebody is suffering from poor mental health, they can urge customers to visit their GP or get help from the charity Mind.

Professor Powis said: ‘Pressures on young people’s mental health are greater than ever, with families and the health service too often left to pick up the pieces. The lack of tough checks on cosmetic surgery means that the public is dependent on businesses taking voluntary steps to get their house in order. Businesses that deal with people responsibly, work to prevent harm and set themselves a high bar for their practices should make others follow suit.’ 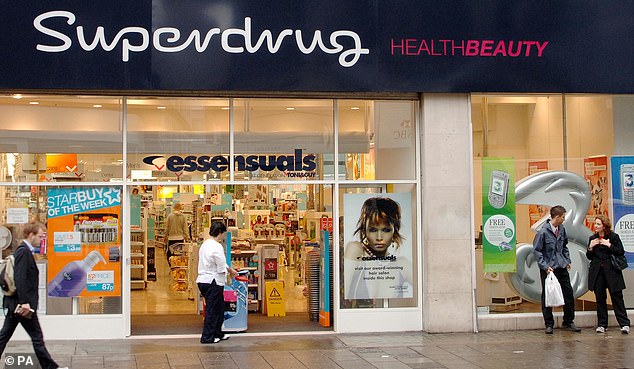 A Daily Mail investigation in 2017 revealed rogue beauticians were widely advertising cosmetic procedures with few checks. Superdrug stressed it had safety measures in place when it launched its service and already turns away about a fifth of people if nurses feel ‘facial aesthetics are currently not appropriate for them’.

The company said it had agreed to add questions about body anxiety to its screening. A spokesman said: ‘We remain fully committed to including protections for mental health.We met with the NHS to ensure we have the highest safety standards and quality of patient care. Our consultations last an hour to allow our nurse practitioners time to undertake a full and extensive consultation. This enables us to ensure we understand our patients’ reasons for wanting aesthetic treatments. It also flags any risks or concerns related to a patient’s mental health.’

BDD is thought to affect around one in 50 people. Kitty Wallace, trustee for the Body Dysmorphic Disorder Foundation, said: ‘Studies show that fewer than 10 per cent of patients with BDD are satisfied with the results of cosmetic procedures. Although their anxiety might reduce temporarily, they will often find themselves fixating on another part of their body that they want to change.’