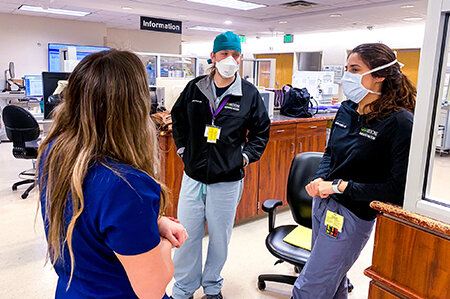 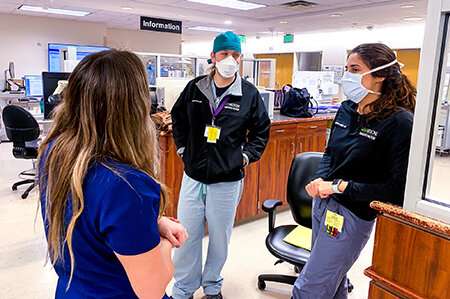 The emergency department at the University of Alabama at Birmingham participated in the study, part of the COVID-19 Evaluation of Risks in Emergency Departments Project, or COVERED study.

A total of 1,606 medical professionals nationwide participated in the electronic survey, including 638 physicians, 410 nurses, 156 advanced practice providers and 402 non-clinical staff. Each participant self-reported their symptoms of anxiety and stress before and after being tested for anti-SARS-CoV-2 antibodies.

“This study presented four central findings that advance our understanding of the impact of the COVID-19 pandemic on the mental well-being of U.S. frontline E.D. personnel,” said Walter Schrading, M.D., a professor in the UAB Department of Emergency Medicine and primary investigator at UAB for the study.

Of the 1,606 participants, 100 percent responded to the baseline survey and 88 to the follow-up survey. At baseline, approximately half reported symptoms of anxiety and burnout from their work, and 308 respondents, or 19.2 percent, screened positive for elevated PTSD risk. Female respondents were more likely than males to screen positive.

Common concerns included exposing their family to the virus and the health of co-workers diagnosed with COVID-19. After receiving antibody test results, 54 percent somewhat agreed, agreed or strongly agreed that knowledge of their immune status had decreased their anxiety. A positive serology result indicating prior SARS-CoV-2 infection was associated with a higher likelihood of reporting decreased anxiety.

“Emergency department personnel serve as the initial hospital caregivers for the majority of critically ill patients with known or suspected COVID-19 infection,” Schrading said. “They also deal with many patients with undifferentiated symptoms consistent with COVID-19, whose SARS-CoV-2 test results are often unknown while in the E.D. This can lead to uncertainty of E.D. personnel regarding exposure to COVID-19 and secondary risk to their families. By clarifying exposure and risks, testing of health care workers may logically relieve anxiety, especially in those who test positive indicating some level of perceived immunity.”

The authors report that their findings were remarkably consistent across all demographic groups and sites and suggest that following Centers for Disease Control and Prevention COVID-19 response plans for reducing anxiety and providing for serologic testing for emergency department personnel are important steps in maintaining good mental health among front-line health care professionals.