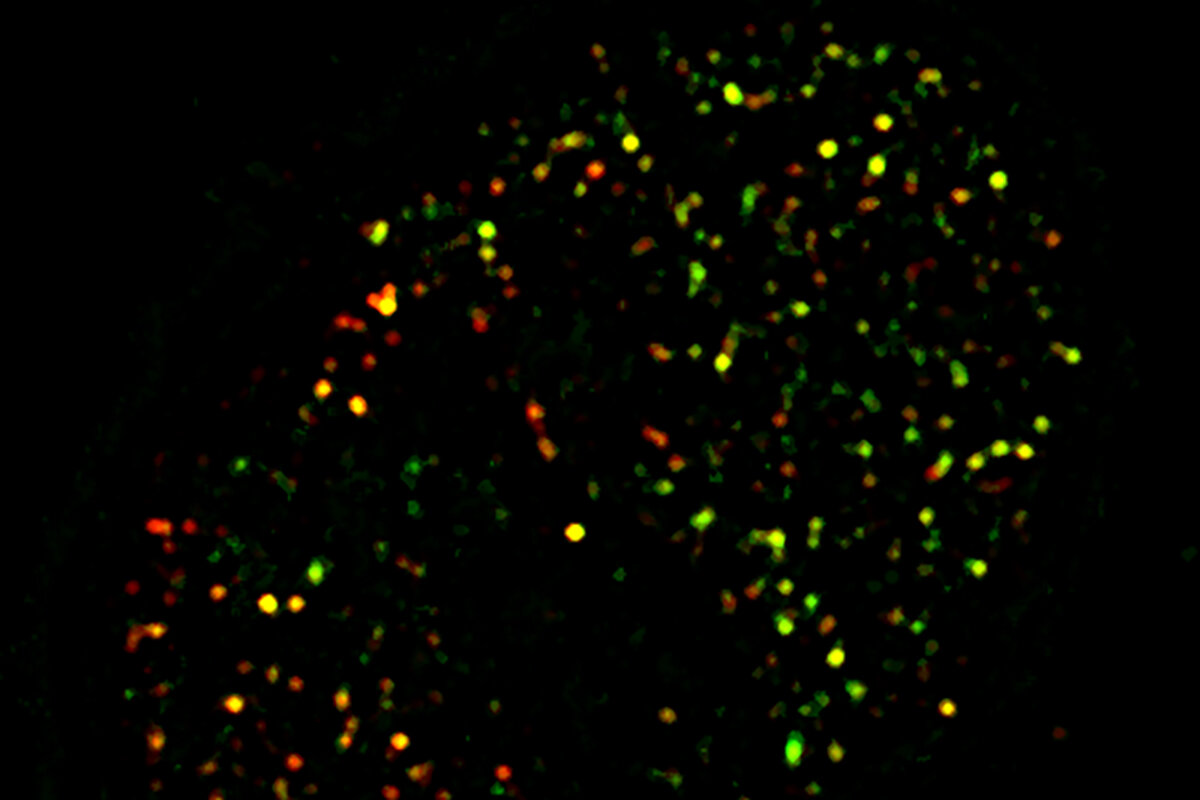 People who are overweight or obese have a significantly increased risk of developing diabetes, but exactly how that happens is not well understood.

A new study at Washington University School of Medicine in St. Louis may help explain how excess weight can contribute to diabetes and may provide researchers with a target to help prevent or delay diabetes in some of those at risk. The findings suggest that many people with elevated levels of insulin—an early marker of diabetes risk—also have defects in an enzyme important to the processing of a key fatty acid from the diet.

The research is published Jan. 11 in the journal Cell Metabolism.

“Between 30 million and 40 million people in the United States have Type 2 diabetes, and another 90 million to 100 million have risk factors that make them likely to develop Type 2 diabetes in the future,” said senior investigator Clay F. Semenkovich, MD, director of the Division of Endocrinology, Metabolism & Lipid Research at the School of Medicine. “Many at risk for diabetes have elevated levels of insulin, a hallmark of insulin resistance and a signal that means trouble may be brewing. If we could intervene before they actually develop diabetes, we might be able to prevent significant health problems—such as heart disease, chronic kidney disease, nerve damage, vision loss and other problems—in a great number of people.”

When a person has too much body fat, it signals beta cells in the pancreas to secrete more insulin. When insulin levels become elevated and remain high, the body can become resistant to insulin, and eventually the beta cells that secrete insulin can fail, leading to diabetes.

Studying human tissue samples, Semenkovich, the Irene E. and Michael M. Karl Professor; first author Guifang Dong, Ph.D., a senior scientist; Xiaochao Wei, Ph.D., an associate professor of medicine; and other Washington University researchers found that the overproduction of insulin involves a process called palmitoylation. This is the process by which cells attach the fatty acid palmitate to proteins.

Thousands of human proteins can be attached to palmitate, but the researchers found that when this fatty acid isn’t removed from proteins in beta cells, diabetes is the end result. Examining tissue samples from people who were thin or overweight, and with and without diabetes, the researchers found that the people with diabetes were deficient in an enzyme that removes palmitate from beta cells.

“They hyper-secrete insulin because this process goes awry, and they can’t appropriately regulate the release of insulin from beta cells,” Semenkovich explained. “Regulating insulin release is controlled in part by this palmitoylation process.”

With colleagues David W. Piston, Ph.D., the Edward W. Mallinckrodt Jr. Professor and head of the Department of Cell Biology & Physiology, Maria S. Remedi, Ph.D., a professor of medicine and of cell biology & physiology, and Fumihiko Urano, MD, Ph.D., a professor of medicine and of pathology & immunology, the research team also genetically engineered a mouse that was deficient in the enzyme called APT1, an enzyme responsible for palmitate removal from proteins. The engineered mice went on to develop diabetes.

Because impaired APT1 function contributed to diabetes risk, the researchers worked with the university’s Center for Drug Discovery to screen and identify compounds that can increase the activity of the APT1 enzyme.

“We’ve found several candidate drugs, and we’re pursuing those,” Semenkovich said. “We think that by increasing APT1 activity, we might reverse this process and potentially prevent people at risk from progressing to diabetes.”

Although he said the new findings identifying APT1 as a target are an important step, Semenkovich explained that APT1 is only one treatment target among many.

“There are several ways that Type 2 diabetes may develop,” he said. “This enzyme is not the answer, but it’s an answer, and it appears we have some promising tools that might keep some people with prediabetes from developing diabetes.”