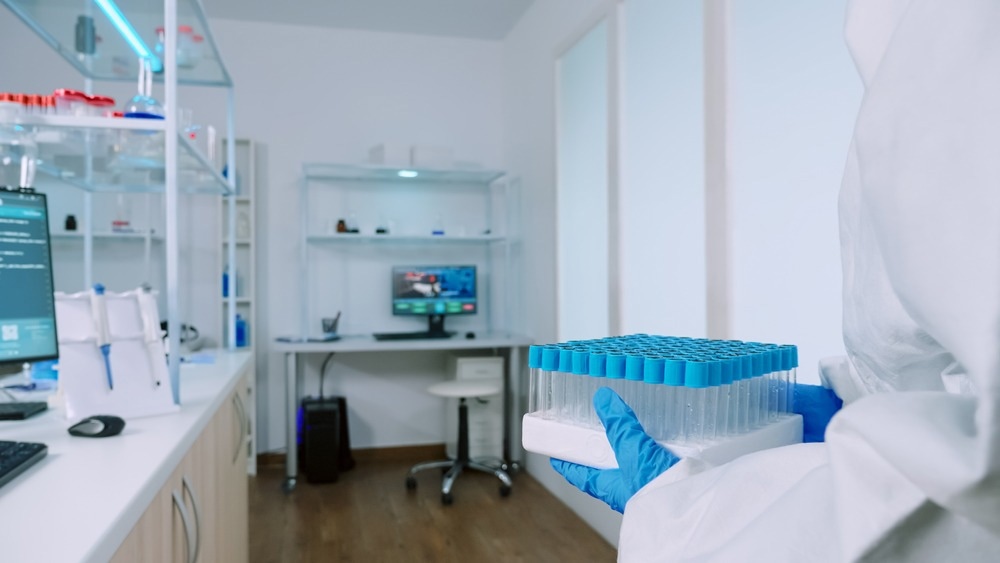 In a recent study posted to the medRxiv* server, researchers investigated the epidemiological impact of an incident at a laboratory in the United Kingdom (UK).

In England, there was an issue at a surge laboratory active between 2 September and 12 October 2021. As reported to the UK Health Security Agency (UKHSA), this laboratory incorrectly reported a substantial number of reverse transcription-polymerase chain reaction (RT-PCR) tests between September and October 2021 as negative relative to other laboratories in the UKHSA network.

RT-PCR-based testing was free for all in the UK from May 2020, while rapid testing using lateral flow devices (LFDs) became available in April 2021. However, it was mandatory to seek a confirmatory RT-PCR test after a positive LFD result till January 11, 2022.

The UK government mobilized resources to ensure coronavirus disease 2019 (COVID-19) testing on a wide scale. There were walk-in centers and drive-throughs for LFD testing, and they also made home test kits available for the masses. However, they processed RT-PCR assays at a network of laboratories, with some only used when demand for COVID-19 testing was very high, called ‘surge laboratories’.

National-level COVID-19 cases and the logistical setup, not epidemiological conditions, determined the number of tests directed toward a surge laboratory. However, variation(s) in the number of these tests from different administrative areas in the country was unrelated to the pandemic trajectory in those areas.

Thus, just like a natural experiment, it facilitated the analysis of the effect of this incident on onward severe acute respiratory syndrome coronavirus 2 (SARS-CoV-2) transmission in isolation. A recent study by Fetzer analyzed this incident using RT-PCR data alone and found that every false negative COVID-19 test likely resulted in between 0.6 to 1.6 additional infections.

In the present study, researchers employed multiple methodologies to analyze LFD and other data from many geographical locations. They estimated the overall effect of the laboratory incident on onward SARS-CoV-2 infections and subsequent hospitalizations and deaths. Further, they estimated the additional COVID-19 cases that would have been reported to the UKHSA had the sensitivity of the laboratory tests not dropped. The researchers considered a false negative test report as a true positive, reported negative due to test sensitivity issues, or because technicians could not meet standard operating conditions; for instance, they used the wrong cycle threshold (CT) threshold values for testing.

First, the researchers estimated the number of incorrect negative test results reported by the laboratory. Next, they calculated positive tests conducted in the remaining laboratories of the network, stratified by adjustment factors. They applied these numbers to the number of tests processed at a laboratory to estimate the difference between expected and reported negative tests.

Finally, the team assessed the difference in the reported and expected positivity between the laboratories based on data from other laboratories using a proportion test and used bootstrapping methodologies to predict overall uncertainty.

The team used a k-nearest neighbors (KNN) analysis to match affected areas to unaffected areas. In other words, they compared the impact of laboratory incidents on highly affected areas versus five comparator areas selected. The KNN analysis had several matching covariates, total population, age-stratified subgroups, and Index of Multiple Deprivation (IMD) average scores, to name a few, and the team normalized each to N(0, 1) before the analysis. They also compared seven-day rolling average LFD positivity between affected and matched areas for estimating additional cases.

Finally, the researchers quantified the significance and uncertainty of the primary analysis through secondary statistical analysis. The unaffected UTLAs provided a counterfactual epidemic trend to estimate the data had the incident not occurred. To this end, the team performed a causal impact analysis using a Bayesian structural time-series model that combined control pre-treatment time series set into a single synthetic control.

The results pointed at ~39,000 misclassified tests (or additional incorrect negatives) processed at this laboratory between  September and October 2021, which would have translated to  ~24,100 additional cases across the most affected areas in this time period. The laboratory incident also transiently increased transmission. Accordingly, LFD positivity increased in those areas from which a high proportion of tests were sent to the laboratory peaking on October 10, 2021, before decreasing to levels similar to those observed in less affected areas.

ONS-modelled incidence estimates showed a central estimate of ~55,000 additional COVID-19 cases, implying each incorrect COVID-19 negative test likely caused just over two additional cases on average. There was an obvious increase in LFD positivity in the areas most affected by the incident, with an estimated range not overlapping zero. However, the range estimate for additional hospitalizations and deaths included zero. Post-balancing, it was unlikely that a large number of additional cases and subsequent infections did not manifest in additional hospital admissions.

The study results demonstrated a visible drop in the de facto sensitivity of results from the surge laboratory in the UK between September and October 2021. The misclassification of tests led to undetected SARS-CoV-2 transmission causing additional infections, cases, hospitalizations, and deaths in the most affected local areas than in comparator regions.

However, the authors cautioned that these results should not be interpreted as evidence for the effectiveness of testing in reducing SARS-CoV-2 transmission. First, because receiving an incorrect COVID-19 test negative is different from not being diagnosed, yet, not equivalent to the mandate ‘Test, Trace, and Isolate’. Second, the observed relationship between the proportion of tests at a surge laboratory and onward viral transmission was non-linear, thus, cannot be generalized.