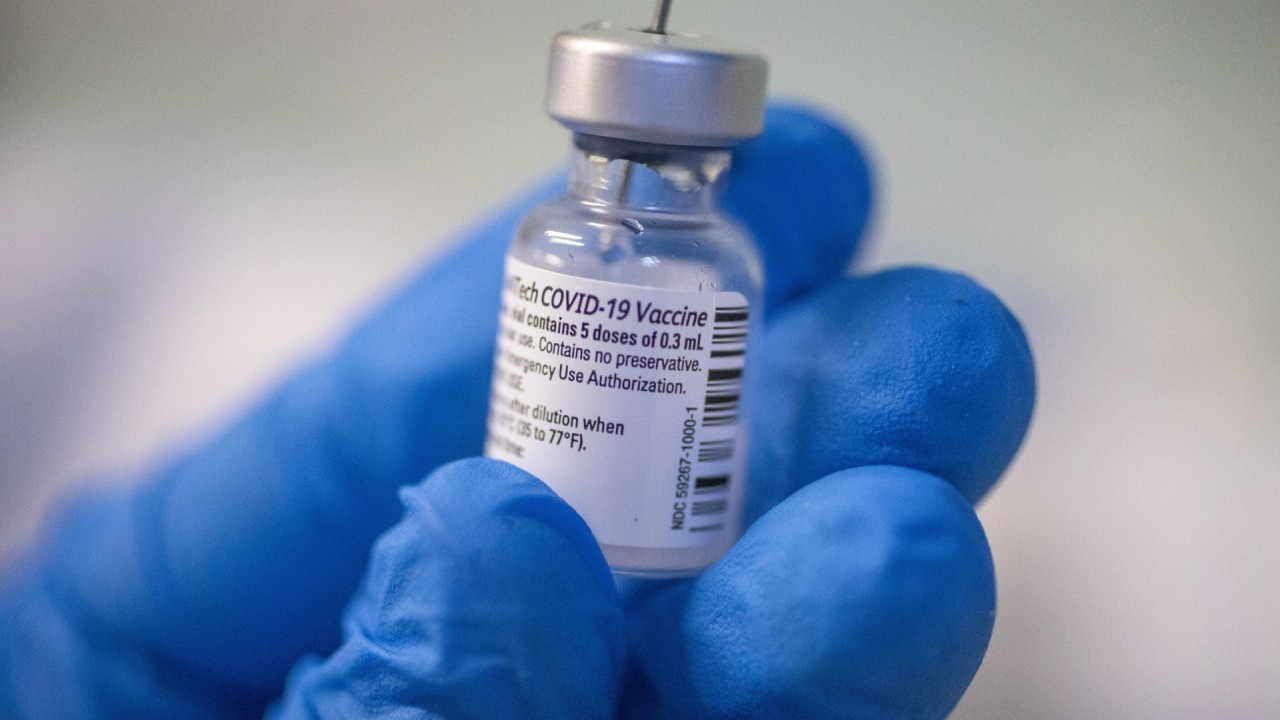 NEW YORK – The push to inoculate Americans against the coronavirus is hitting a roadblock: A number of states are reporting they are running out of vaccine, and tens of thousands of people who managed to get appointments for a first dose are seeing them canceled.

The full explanation for the apparent mismatch between supply and demand was unclear, but last week the U.S. Health and Human Services Department suggested that states had unrealistic expectations for how much vaccine was on the way.

The shortages are coming as states dramatically ramp up their vaccination drives, at the direction of the federal government, to reach people 65 and older, along with other groups deemed essential or at high risk. More than 400,000 deaths in the U.S. have been blamed on the virus.

CORONAVIRUS AND ‘DOUBLE MASKING’: ARE TWO FACE COVERINGS BETTER THAN ONE?

First-grade teacher Karen Stachowiak spent almost five hours on the New York state hot line and website to land an appointment set for Wednesday, only to have it canceled. The Buffalo-area resident and her parents were among several thousand people with canceled appointments in Erie County because of supply problems.

“It’s stressful because I was so close. And my other friends that are teachers, they were able to book appointments for last Saturday,” Stachowiak said. “So many people are getting theirs in and then it’s like, ’Nope, I’ve got to wait.'”

About half of the 31 million doses distributed to the states by the federal government have been administered so far, though only about 2 million people have received the two doses needed for maximum protection against COVID-19, according to the Centers for Disease Control and Prevention.

Countries across Europe are also having problems getting enough doses to provide protection against a virus that is now appearing in new, more contagious variants around the globe.

Pfizer said last week it would temporarily reduce deliveries of its vaccine to Europe and Canada while it upgrades capacity at its plant in Belgium, which supplies all shots delivered outside the United States. In the U.S., Pfizer has a plant in Michigan.

In the U.S., some states have suggested they may run out of vaccine by Thursday and are unclear when new doses will arrive.

New York Mayor Bill de Blasio said Wednesday that the city had to cancel 23,000 appointments for people awaiting their first dose this week because of inadequate supply. The mayor, who has been sounding the alarm about vaccine shortages for days, said the situation was compounded by a delay in this week’s delivery of Moderna vaccine to the city.

“So we already were feeling the stress of a shortage of the vaccine,” he said. “Now the situation has been made even worse. We need to think differently in this moment.”

US SURGEON GENERAL PENS FAREWELL MESSAGE: ‘THIS HAS BEEN THE HONOR OF MY LIFE’

In Florida, local media reported a similar problem in the Miami area, where the Baptist Health care system canceled appointments that had been scheduled for first doses.

“I could have blown the top of my head off with steam,” 76-year-old Charlotte Reeve told The Miami Herald. “I’m also a fairly recent widow. To me, having to be locked up in my house alone is just devastating to me. … I feel like I just got cut off at the knees, again.”

San Francisco’s health department said it is likely to run out of vaccine on Thursday, in part because the state pulled back on administering a batch of Moderna shots after several health workers suffered what may have been a bad reaction. The county health department received 12,000 doses last week but fewer than 2,000 this week.

West Virginia, which has run one of the speediest vaccination drives in the country, in part by using small-town pharmacies, said it didn’t receive an expected increase in doses this week. With 99.6% of first doses on hand already administered, officials are clamoring for the government to send more.

“Here we are with no vaccines,” said Republican Gov. Jim Justice, fretting that other states have doses sitting unused. “We’ve got them all in people’s arms and we’ve done exactly what we should have done. … I think performance ought to be rewarded.”

He said the state hasn’t received a promised 25,000 additional doses this week on top of its usual weekly allocation of about 23,000.

Hawaii leaders complained that the state received 59,000 doses last week but expects only about 32,000 this week.

In New York State, Barbara Carr, a 72-year-old retiree in Buffalo, was distraught when her vaccine appointment for Thursday was canceled. But she was able to quickly get another appointment at a local pharmacy and received her first dose on Tuesday.

Now she is worried about her two children, who are teachers. Their appointments were canceled.

“They have had no luck with scheduling, no phone calls, no communication whatsoever other than `You’re canceled,’” Carr said. “The poor teachers. … I can stay home so I can hide from the virus. They can’t.”