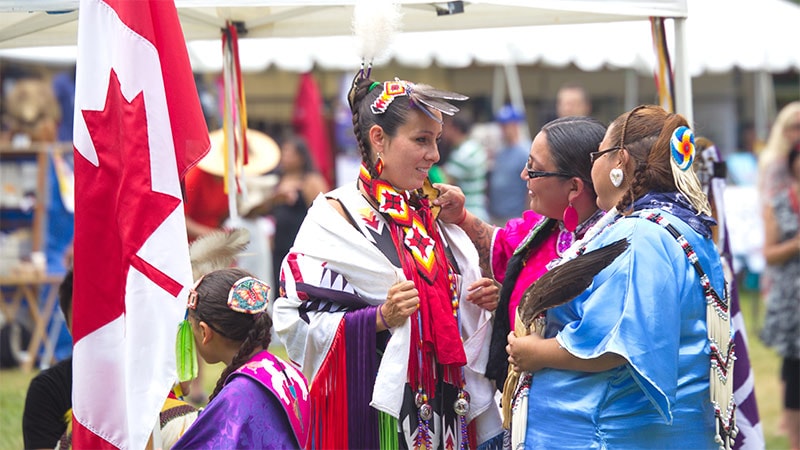 LISBON — A new report from the International Diabetes Federation (IDF) underscores the troublingly high prevalence of diabetes among many indigenous populations worldwide, in some as high as a third of the adult population.

The new addendum to the IDF Diabetes Atlas, 10th edition, is the first in many years compiled from available data specifically on indigenous populations worldwide, for both adults and youth.

Indigenous people make up about 6.2% of the global population, with over 476 million people from more than 5000 distinct groups living in 90 countries around the world. With the loss of traditional lifestyles, a rise in type 2 diabetes prevalence has been common to many of them.

“Despite the incredible diversity among and between indigenous nations, there has been a consistent and rapid increase in type 2 diabetes over time, and diabetes is now one of the most common health disparities among indigenous peoples,” said Courtney Fischer-Claussen, MPH, who presented a summary of the report at the IDF 2022 Congress.

Overall, among adults, approximately 70% of all studies included in the chapter reported diabetes prevalence above 10%, with prevalence rising to more than 30% for several specific indigenous groups, noted Fischer-Claussen, a member of the Cheyenne River Lakota people and a PhD candidate at the University of North Dakota, Grand Forks.

Indeed, Atlas co-chair and session moderator Dianna J. Magliano, PhD, head of Diabetes and Population Health at the Baker Heart and Diabetes Institute, Melbourne, Australia, told Medscape Medical News: “The diabetes prevalence is generally higher in indigenous populations and there are lots of data gaps. And the prevalence is really high in our young people.”

The Atlas writing group felt the report is an important addition to the IDF’s 2021 publication, Magliano said, because “they’re a disadvantaged population with incredibly high rates of prevalent diabetes. But once you have diabetes it’s not inert. They have really high rates of end-stage kidney disease, amputation, heart disease, stroke, and death. In 2022, we have to do something about that.”

“Be Familiar With Cultural Nuances”

During her presentation, Fischer-Claussen said (as does the report) that “colonization has disrupted the lives of indigenous peoples through forced assimilation, land and resource displacement, loss of language, restricted cultural practices, and historical and intergenerational trauma.”

A respectful practice, she noted, is to refer to each Nation with the name its members use for themselves, rather than an imposed name.

Speaking with Medscape Medical News, she advised that clinicians familiarize themselves with the indigenous groups in their regions of practice, and with cultural nuances associated with type 2 diabetes. In some indigenous groups, the condition is so prevalent that it “becomes normalized within family structures.”

And, Fischer-Claussen noted, in many indigenous populations, it’s common for children to be raised by grandparents so they may be the ones bringing the child in for a visit. “Recognizing family structures is really important because if a grandparent brings in a grandchild a doctor may be apprehensive to share health information with them.”

One recent cultural trend may have a positive impact: a mindful turn away from the unhealthy modern fast-food diet toward a return to traditional indigenous foods and practices.

Diabetes Prevalence as High as a Third in Some Groups

For the Atlas report, the Indigenous Peoples special interest group systematically reviewed the literature separately for adults age 18 and older, and for youth aged 30 years or younger. The ages overlapped because many articles reported prevalence for adolescents and young adults together, Fischer-Claussen explained.

A total of 49 articles were included for the adult population. The highest type 2 diabetes prevalences in the Pacific region were 39.3% among the iTaukei-Melanesian Fijian population in 2009, 37.3% in Australian Aboriginals in 2008, and 33.1% among the Mizo of Manipur, India, in 2014-2016. In contrast, the lowest type 2 diabetes prevalence overall (0%) was found among the Tapuwai of the Solomon Islands, in 2009.

In North America and the Caribbean, the highest type 2 diabetes prevalence was 38.9% among First Nations people in Ontario, Canada, in 2014. Overall, nearly two fifths of the sample population had type 2 diabetes.

The lowest prevalence in that region was 0.8% among the Tepehuanos-Sonora of Durango, Mexico, in 2005-2007.

“Future research might look towards the practices of the nations with lower diabetes prevalence for guidance,” Fischer-Claussen commented.

In general, the type 2 diabetes prevalence among indigenous adults has increased over time. In the United States between 2005-2006, for example, many of the regions reported a prevalence below 10%, but by 2017 the rate had surpassed 10% or more than doubled.

Of 25 studies reporting gender-specific data, the lowest reported type 2 diabetes prevalence for men was 0% among the Tepehuanos-Sonora of Durango, Mexico, and 2.2% for women in that same group in 2006-2007.

In general, most studies (76%) reported higher diabetes prevalence in women than men. Of note, among the Xavante of Mato Grosso of Brazil, age-adjusted prevalence among women (40.6%) was more than double that for men (18.4%).

Fischer-Claussen cautioned that the data are limited in that they represent only 16 of the 90 countries with known indigenous populations, thus not capturing the full global picture.

Youth-onset type 2 diabetes is of great concern due to its often-aggressive phenotype, rapid pancreatic beta-cell failure, and earlier time to development of complications, Fischer-Claussen said.

The report’s youth data were obtained from a total of 27 articles, but those were limited to just four of the 90 total countries known to have indigenous populations: the United States, Canada, New Zealand, and Australia.

However, she also noted, “Indigenous nations have resiliently maintained inherent strengths, knowledge, and culture despite the destructive efforts of colonization…There is a definite need for the development of community-led preventative health strategies that integrate traditional knowledge of individual nations for future prevention.”

Fischer-Claussen and Magliano have reported no relevant financial relationships.

Miriam E. Tucker is a freelance journalist based in the Washington, DC, area. She is a regular contributor to Medscape, with other work appearing in The Washington Post, NPR’s Shots blog, and Diabetes Forecast magazine. She is on Twitter: @MiriamETucker.