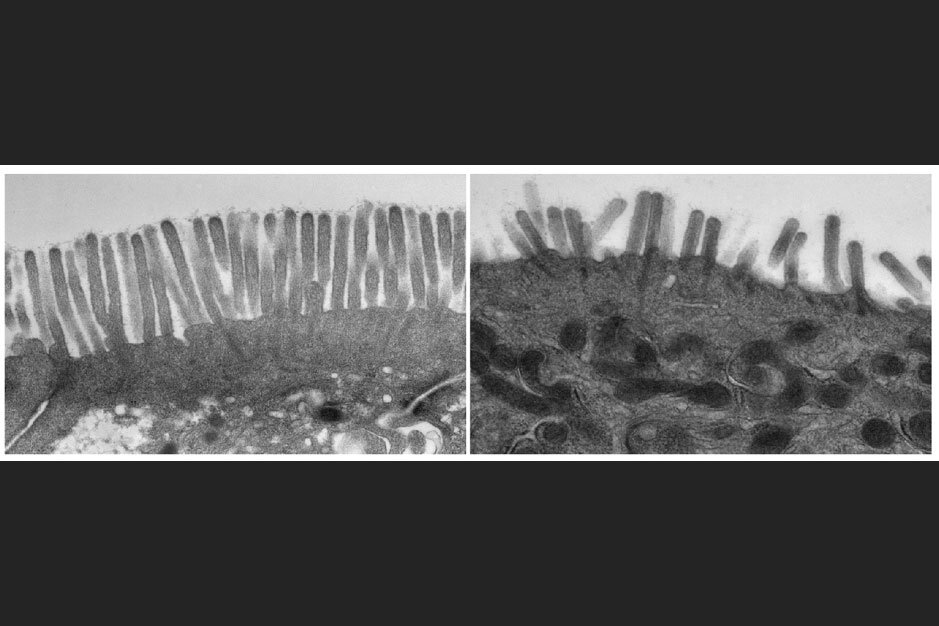 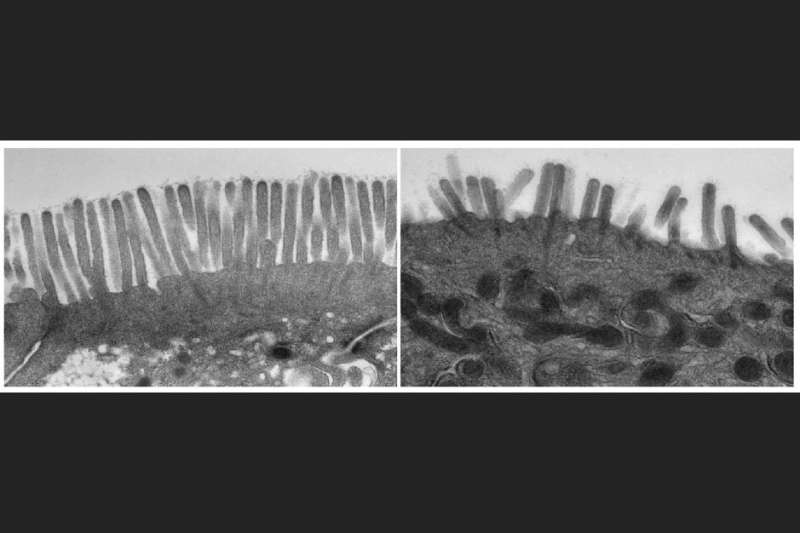 Diarrhea is no longer the killer it was in the mid-20th century, when an estimated 4.5 million children under age 5 died of it every year. While lifesaving oral rehydration therapy has turned the tide, it doesn’t prevent infection. Millions of children in low- and middle-income countries still endure repeated bouts of diarrhea that weaken their bodies and leave them vulnerable to malnutrition and stunted growth, and less able to fight off a wide range of infections.

Researchers at Washington University School of Medicine in St. Louis have now determined, in studies of human cells as well as mice, how some types of diarrhea-causing Escherichia coli (E. coli) bacteria damage the intestines to cause malnutrition and stunting. And they’ve shown that vaccinating against a toxin produced by E. coli protects infant mice from intestinal damage.

The findings suggest that a vaccine against this kind of E. coli could boost global efforts to ensure that all children not only make it to age 5, but thrive. The study is available online in Nature Communications.

“Ideally, we’d like to have a vaccine that prevents acute diarrhea, which still kills half a million children a year, and that also protects against long-term effects such as malnutrition, which is perhaps the bigger part of the problem now,” said senior author James M. Fleckenstein, MD, a professor of medicine and of molecular microbiology.

“When kids become malnourished, their risk of dying from any cause goes up. The World Health Organization is in the process of deciding how to prioritize vaccines for kids in low- and middle-income countries, and I think these data suggest that vaccinating kids against E. coli diarrhea could be hugely beneficial in places that struggle with this.”

Fleckenstein studies a kind of E. coli known as enterotoxigenic E. coli, or ETEC—so named for the two toxins it produces—and its effects on children who live where the bacteria run rampant. E. coli is a common cause of diarrhea worldwide, but the strains found in the U.S. and other high-income countries typically don’t carry the same toxins as those in low- and middle-income countries. That may make all the difference.

A 2020 study by Fleckenstein and Alaullah Sheikh, Ph.D.—then a postdoctoral researcher in Fleckenstein’s lab and now an instructor in medicine—indicated that one of ETEC’s two toxins, heat-labile toxin, does more than trigger a case of the runs. The toxin also affects gene expression in the gut, ramping up genes that help the bacteria stick to the gut wall.

“Instead of being nice and tight and upright with thousands of microvilli per cell, they are short, floppy and sparse, kind of like if you had plucked out most of the bristles, and what was left was kind of raggedy,” said Sheikh, who led the 2020 and current studies.

“That alone would have a negative impact on the body’s ability to absorb nutrients. But on top of that, we found that genes related to absorbing specific vitamins and minerals—notably vitamin B1 and zinc—also were downregulated. That could explain some of the micronutrient deficiencies we see in children repeatedly exposed to these bacteria.”

Children in low- and middle-income countries tend to get diarrhea over and over, and the risk of malnutrition and stunting goes up with each bout. Studying infant mice, the researchers found that a single infection with toxin-producing E. coli was sufficient to damage the brush border, while repeated infections led to extensive intestinal damage and growth lag. Pups infected with a strain of E. coli that lacks the toxin showed no such intestinal damage or stunting.

If the toxin is the problem, an immune response neutralizing the toxin may prevent the long-term effects, Fleckenstein and Sheikh reasoned. To find out, they vaccinated nursing mouse mothers with the toxin. Suckling mice are too young to be immunized themselves, but their vaccinated mothers produce antibodies that pass to the pups through breast milk. The researchers found that the intestines of infant mice from vaccinated mothers appeared healthy, suggesting that vaccination can protect against the intestinal damage leading to malnutrition.

“This is an argument for developing a vaccine for this kind of E. coli,” Fleckenstein said. “There are lifelong consequences of getting infected over and over in childhood. Vaccination combined with efforts to improve sanitation and access to clean water could protect children from the long-term effects and give them a better shot at long and healthy lives.”