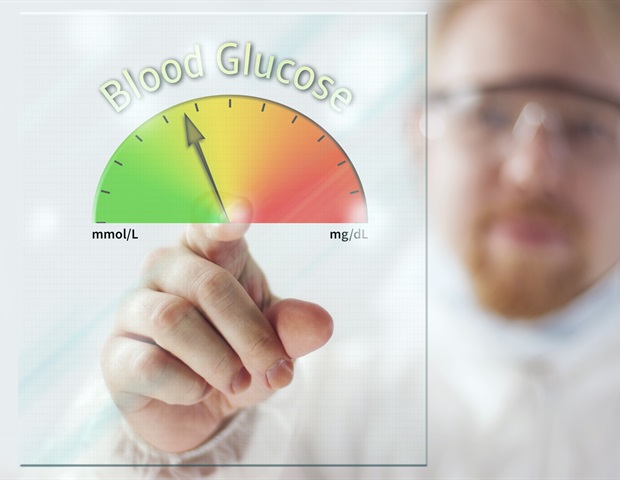 More than 107,000 Americans died from drug overdose in 2021, highlighting the need for evidence-based interventions.

New research from the University of Cincinnati, in partnership with local nonprofit Caracole, shows a self-service vending machine filled with harm reduction supplies such as naloxone helped prevent overdoses and contributed to Hamilton County's overdose deaths decreasing in 2021.

The research, led by UC's Daniel Arendt, Doctor of Pharmacy, was published Nov. 11 in the Journal of the American Pharmacists Association.

Arendt said harm reduction is a paradigm within drug and addiction education that recognizes that historically, people always have and will continue to use drugs. Harm reduction does not support or enable drug use, but instead aims to empathetically meet people where they are in the course of their drug use and help empower them to take steps which minimize the potential hazards associated with its use.

If you are interested in stopping, we're here to help. But if not, we aren't going to turn you away and refuse to help. We are going to work with you and help you take steps that will help keep you safe.

Would it be ideal if everyone wanted to simply stop using drugs altogether? Yes, but that's not reflective of reality," Arendt continued. "In the end, there isn't anything more you can do to help a person if they die from an overdose during the course of their use."

Daniel Arendt, assistant professor in the UC's James L. Winkle College of Pharmacy and co-chair of the pain stewardship committee for UC Health

In practice, Arendt said harm reduction efforts include distributing naloxone, the drug that can reverse an opioid overdose, as well as other supplies such as sterile syringes, fentanyl test strips, tourniquets and bandages.

"You would never tell someone who has wildly uncontrolled diabetes to get their blood sugar in check before we will help them or give them insulin," Arendt said. "So it is critical to recognize that substance use is not a moral failing, and it's not this thing that should be stigmatized. Instead, we can acknowledge that drug use is becoming increasingly risky, and we can use that recognition to help spur the development of new, innovative methods of providing people with the care, services and support that they need, no strings attached."

"A cornerstone of harm reduction is to help people who use drugs stay as healthy as possible," Bachmeyer said. "Vending machines provide 24/7 ready access to life-saving and disease prevention supplies so people feel empowered to take control of their health. People can't get healthy or seek treatment if they aren't alive."

Self-service syringe vending machines have been used for decades in other parts of the world, with research showing a positive impact, but Arendt said the only operating harm reduction vending machines in the United States prior to their efforts were located in Las Vegas and Puerto Rico.

The machine was placed outside of Caracole's building on Hamilton Avenue in Cincinnati in February 2021 and is accessible 24/7. Program participants enroll by calling Caracole and completing an anonymous survey, after which they receive an access code that is good for 90 days. Clients can reenroll every 90 days after initially joining the program to continue using the machine.

Ohio law requires local jurisdictional approval for syringe service programs that distribute sterile syringes and other harm reduction supplies, and the team was not permitted to include sterile syringes in the machine.

Through the first year after the machine was installed, it dispensed 3,360 doses of naloxone and 10,155 fentanyl test strips. A total of 911 people have used the machine since it was installed, nearly 16% of whom reported they had never used harm reduction services before.

Even without being able to distribute syringes, the vending machine became the largest harm reduction supplier in the county compared to other in-person syringe service programs.

When people called after 90 days to reenroll in the program, Arendt said it gave an opportunity to see how the supplies dispensed from the machine were actually used. Out of 124 people who reenrolled, 71% reported using naloxone from the machine to reverse an overdose.

More than two-thirds of reenrollees reported detecting fentanyl within their drug supply. Clients either threw away the supply or used a lower dose 75% of the time that fentanyl was detected.

While national overdose deaths increased by 15% in 2021, Hamilton County reported a 10% decrease. Arendt said while there are too many variables to claim the vending machine was solely responsible for this decline, he believes it did have a sizable impact.

"So not only was this a relatively novel concept, but it showed that even when you're not able to include syringes, including these other things in the vending machine is helpful enough on its own," Arendt said. "That is not to say that we shouldn't also want syringes and all the possible products available, but more just to say that even in states where that is too much of a legal hurdle for you to get through, you can still have an intervention that is safe and effective."

Black participants make up about 2% of Caracole's in-person syringe service program, while about 6% of vending machine users were Black. While the machine represented an improvement in more equitably distributing harm reduction materials, Arendt said current efforts aimed at underrepresented populations are "not adequate" and there is more work to be done.

The Center for Clinical and Translational Science and Training at the University of Cincinnati and Cincinnati Children's Hospital Medical Center recently awarded Arendt and the Caracole team with the Academic-Community Research Partnership Award for their work on the vending machine program. The award honors an academic-community partnership that works collaboratively to facilitate innovation in research or quality improvement to impact the health of children, adults and/or communities in the Greater Cincinnati/Northern Kentucky region.

Arendt and Caracole staff members have been working with other organizations across the state and country to implement more harm reduction vending machines. A vending machine is already up and running in Brown County, Ohio, with Hamilton County Public Health currently searching for locations for additional machines outside of the Caracole location.

In partnership with UC's Claudia Rebola, PhD, and the UC Venture Lab, Arendt is also working to develop a wearable device that can detect that an overdose is occurring and alert people in a person's support network such as a partner, friends or family so that they can respond with naloxone.

Arendt said he also sees an expanded role for pharmacists in harm reduction efforts, as they are the experts when it comes to drugs. Pharmacists are historically the most accessible health care profession, so they need to be equipped and comfortable in providing advice and assistance to people with substance use disorders and recreational drug users, Arendt said.

"We as pharmacists are the experts to be able to be there to provide resources to keep people healthy and safe regardless of if a drug was prescribed or obtained illicitly," Arendt said. "Making sure that everyone who's a pharmacist is aware of what is needed, what they can do, what support they can provide and how that can be beneficial I think will only increase the accessibility of support services for everyone."

Arendt, D., (2022) Expanding The Accessibility of Harm Reduction Services in The United States: Measuring the Impact of An Automated Harm Reduction Dispensing Machine. Journal of the American Pharmacists Association. doi.org/10.1016/j.japh.2022.10.027.