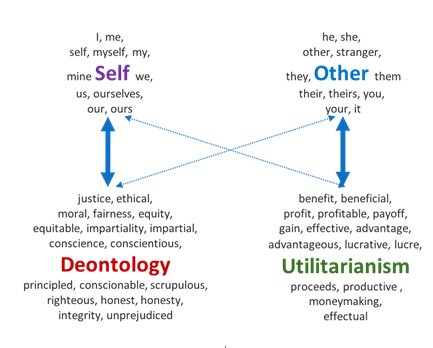 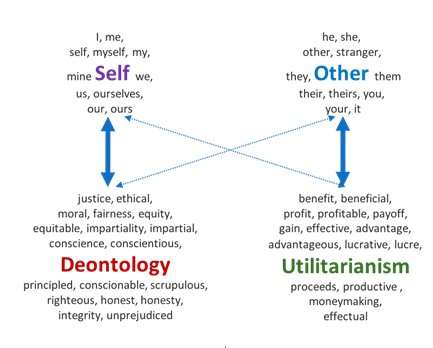 Self–other bias can engender disagreement, misunderstanding, and conflict in real-world interactions. Moral perspectives are powerful in shaping thoughts and behaviors. Whether there is a self–other moral bias is poorly understood.

In a previous study, using moral dilemmas, Dr. Rao’s team demonstrated a self–other bias in moral judgment. When faced with moral dilemmas, people were more deontological (less utilitarian) when they made decisions themselves than when they surmised what a stranger would do.

In this work, the researchers conducted three studies. Study 1 used the Implicit Association Test to examine the implicit association between self–other and deontology–utilitarianism. Study 2 used the evaluative priming task to further confirm the results of Study 1. Study 3 investigated the association between self and other words and deontological and utilitarian words in large bodies of natural-language text (i.e., a standard corpus of English-language text from the Internet).

In Studies 1 and 2, the researchers consistently observed that the association of deontological words (in Chinese) with self words was stronger than with other words and that the association of utilitarian words with other words was stronger than with self words. In Study 3, they further demonstrated that the self–other bias moral could be reflected in natural language. These results suggested that the self–other moral bias were generalized, independent of specific contexts.