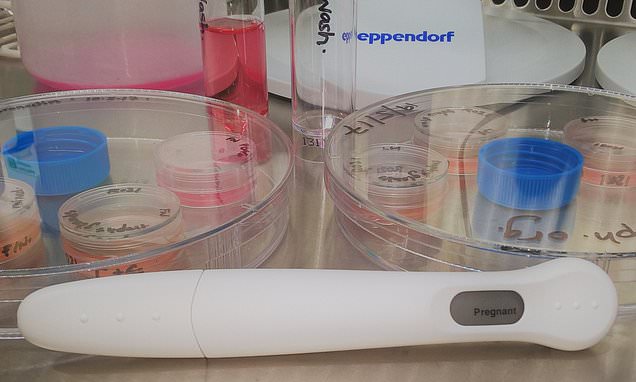 Women who suffer stillbirths have hope for the future after scientists created ‘mini-placentas’ in the lab.

The breakthrough could provide an answer on why some women lose their babies, give birth prematurely or suffer dangerous pre-eclampsia.

It has already provided a vital clue about hyperemesis gravidarum, the extreme form of morning sickness suffered by the Duchess of Cambridge, which could lead to a future treatment.

All these pregnancy complications are thought to be caused by problems with the placenta in the first three months of pregnancy – a time when scientists cannot see what is happening in a woman’s body.

But a team led by the University of Cambridge have now been able to grow their own tiny placentas from cells found in this vital organ. 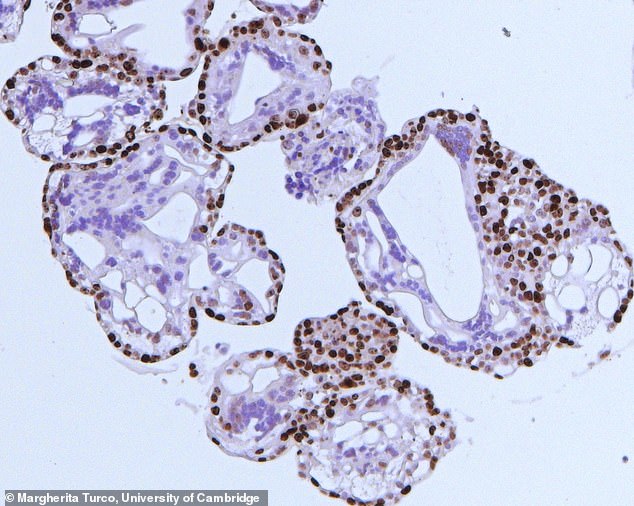 The ‘mini-placentas’ are so small they are invisible to the naked eye but are so much like the real thing they return a positive result to a pregnancy test.

They are hoped to reveal how the placenta interacts with cells in the womb, helping to explain why some women struggle to get pregnant.

Professor Ashley Moffett, co-author of the study, from the department of pathology at the University of Cambridge, said: ‘One day we hope what we observe in these mini-placentas will shed light on why some pregnancies do not work because of infertility,recurrent miscarriage, pre-eclampsia or stillbirth.

‘At the moment that is completely unknown, which is astounding given how much we know about most other diseases.

‘It has taken 30 years to reach this point and to have mini-placentas which we know will grow in the laboratory for at least a year.’

The placenta is vital for pregnancy as it transports oxygen and nutrients from a mother to her baby. 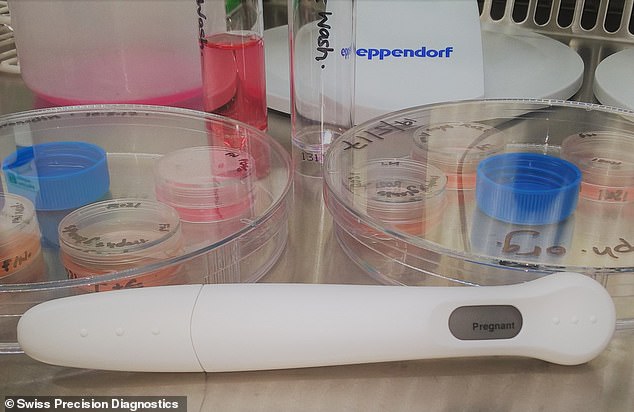 But when it malfunctions, starving the baby in the womb, a foetus can become dangerously small, be born prematurely or stillborn.

When the placenta does not grow normally, it can trigger pre-eclampsia, which causes blood pressure to spike, threatening the life of a woman and her child.

These cells, which come from tiny frond-like structures in the placenta called ‘villi’, take just 10 to 14 days to grow.

Kept in tiny dishes, the mini-placentas can release a protein called GDF15, which is thought to act on the part of the brain which causes vomiting. This finding could lead to a new drug to prevent severe morning sickness.

The scientists, whose study is published in the journal Nature, say their mini-placentas may also help to explain why some viruses, like zika, are able to pass through the placenta and harm a child.

They might even prevent a repeat of the thalidomide scandal, where the morning sickness drug given to women in the late 1950s and 1960s caused shortened limbs in children.

Having tiny placentas in the laboratory makes it possible to test drugs to ensure they cannot pass through the placenta and reach a baby.

The study’s lead author, Dr Margherita Turco from the University of Cambridge, said: ‘The placenta is absolutely essential for supporting the baby as it grows inside the mother.

‘When it doesn’t function properly, it can result in serious problems, from pre-eclampsia to miscarriage, with immediate and lifelong consequences for both mother and child.’

Magdalena Zernicka-Goetz, professor of mammalian development and stem cell biology at the University of Cambridge, was not involved in the study but has created artificial structures similar to embryos in the laboratory.

She said: ‘Combining these two models, of the placenta and of the embryo, it should be possible to provide knowledge of how to rescue failing pregnancies. This would be a huge dream come true.’