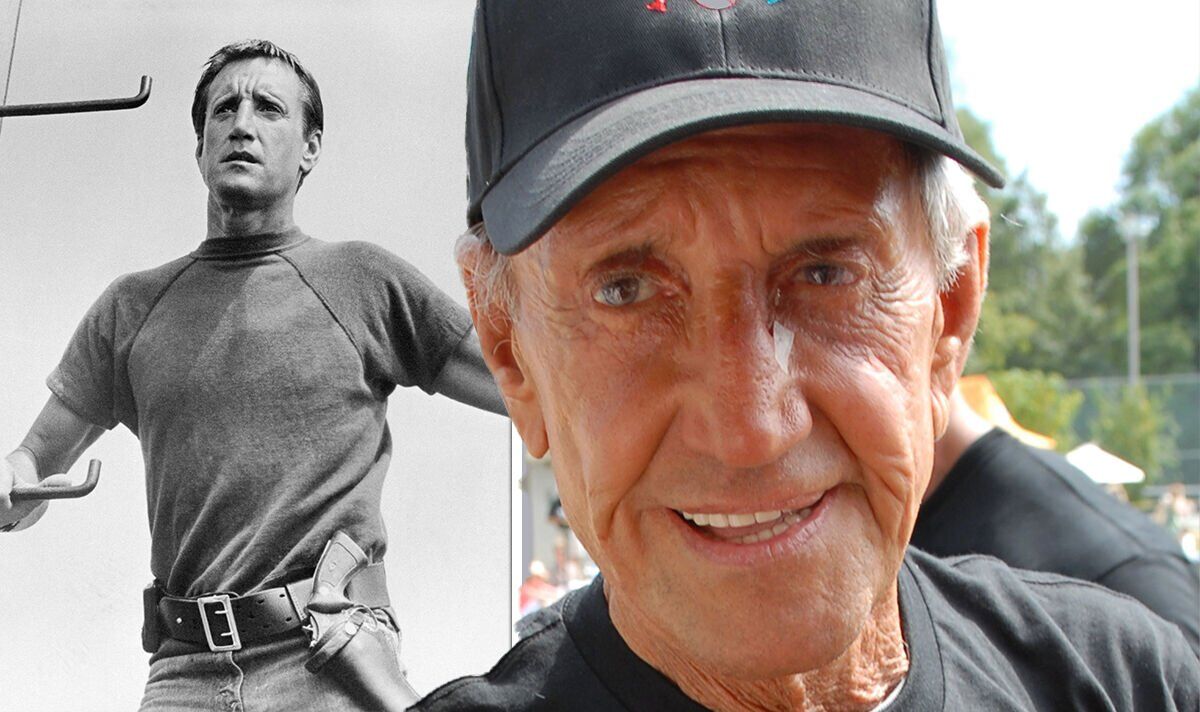 The star, who played Chief Martin Brody in Jaws and its sequel Jaws 2 in 1978 was nominated for two Academy Awards, a Golden Globe and a BAFTA Award during his career. In his later career the star was diagnosed with blood cancer, of which leukaemia, lymphoma and myeloma are some of the most common types. Back in 2005 the actor underwent a stem cell transplant in an attempt to cure his multiple myeloma, one of the most common types of blood cancer that develops in plasma cells.

The actor who coined the phrase “You’re gonna need a bigger boat” underwent the surgical procedure which replaces damaged stem-cells with healthy ones, but sadly it failed to work.

The NHS explains that multiple myeloma is a type of bone marrow cancer, as bone marrow produces the body’s blood cells it can also be classed as a blood cancer.

It is referred to as multiple myeloma instead of just myeloma as it often affects several different areas of the body such as the spine, skull, pelvis and ribs.

In its early stages, myeloma may not cause any symptoms but early diagnosis is still critical to start treatment as quickly as possible. It is often only suspected or diagnosed after a routine blood or urine test.

As the disease progresses it can cause a wide range of problems including the following:

Two other serious symptoms that may develop due to the condition include: High levels of calcium in the blood (hypercalcaemia) – which may cause symptoms including extreme thirst, stomach pain, needing to pee frequently, constipation or confusion.

Weak bones that break easily – if this affects the spine, it might cause symptoms such as pins and needles, numbness and weakness in the legs and feet, and problems controlling your bladder and bowels, which requires emergency investigation.

Due to the severity of the symptoms it is important that individuals seek medical advice from their GP. Whilst it is unlikely to be cancer, symptoms such as the above are always best to get checked.

It is important to note that unlike other cancers, myeloma doesn’t cause a lump or tumour. Instead it damages the ones and affects the production of healthy blood cells.

Due to the slight differences in the conditions, multiple myeloma may cause some slightly different symptoms to localised myeloma. This mainly involves bone pain and repeated infections as the condition interferes with the body’s natural defence system. These infections may last for longer than usual

The NHS explains that the following may also develop in those with multiple myeloma: Anaemia – a lack of red blood cells that can make individuals feel very weak, tired and breathless.

Unusual bleeding – Some people with multiple myeloma have bruising and unusual bleeding (haemorrhage), such as frequent nosebleeds, bleeding gums and heavy periods. This is because the cancer cells in your bone marrow can stop blood-clotting cells called platelets from being made.

Thickened blood – in some people, multiple myeloma can cause the blood to become thicker than normal. This is due to the excess proteins that myeloma cells often produce. This is known as “hyperviscosity” and can cause problems such as:

Once diagnosed with the condition, not everyone needs immediate treatment as the various symptoms mentioned above may not be causing much of a problem. In this case it is sometimes referred to as asymptomatic or smouldering myeloma.

For those that do not need to start treatment immediately they will be monitored for signs that the cancer is causing problems.

For those that do need treatment, various options aim to help control symptoms and improve quality of life. Sadly, myeloma usually can’t be cured, which means additional treatment is needed when the cancer comes back.

The initial treatment for multiple myeloma may be either:

Both non-intensive and intensive treatments involve taking a combination of “anti-myeloma medicines” with the difference that with intensive treatment, individuals are given higher doses of medication and it is followed by a stem cell transplant.

Medication often used is a combination of chemotherapy, a steroid medication and either thalidomide or bortezomib which help to kill specifically myeloma cells.

When on high doses of medication, a stem cell transplant is needed to allow bone marrow to recover. In most cases, the stem cells for the transplant will be collected from the patient before they are admitted for the high-dose treatment. This is called an autologous transplant.