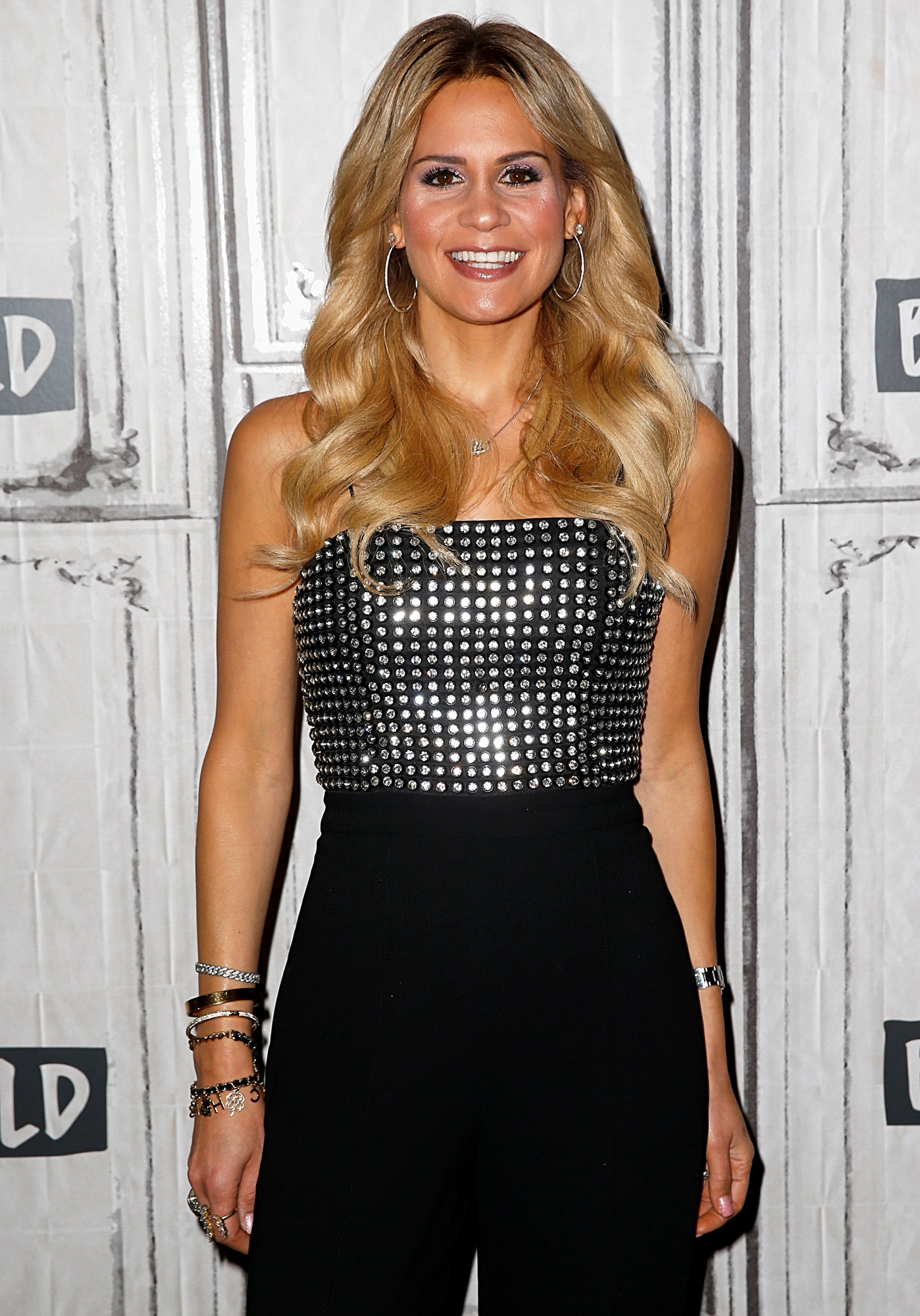 Those are the words Real Housewives of New Jersey star Jackie Goldschneider finally told herself when she stepped on the scale one day and saw how thin she had gotten, after years of excessive exercising and restrictive eating due to a battle with anorexia.

It was a turning point for the writer and mother of four. But it would take her a decade to finally seek help for the eating disorder, a problem that affects over 30 million Americans.

Now four years into treatment and at a healthy, stable weight, Goldschneider, 42, details the “horrific” time in her life in an exclusive interview with PEOPLE. (It’s something she first brings up on Wednesday’s all-new RHONJ, while at dinner with castmates Teresa Giudice, Dolores Catania, Melissa Gorga, Margaret Josephs and Jennifer Aydin).

“I’m really proud of coming out of the other side because it was so hard,” she says. “It’s really not a way to live. It’s horrible. It was absolutely horrible. And I’m hoping that I can help people out there like me, who usually just suffer in silence. Because I wish I knew that one day, I’d get through it. That was always a fear of mine that I would never stop doing this.”

Trouble first started for Goldschneider when she was 26. After years of yo-yo dieting and feeling insecure about her body, she started upping her exercise and restricting her caloric intake. Soon Goldschneider was hardly eating anything and exercising compulsively and to an extreme (a subset disorder known as “exercise bulimia”).

“I couldn’t stop,” she says. “I would do hardcore cardio no matter what, even if I was sick with the flu. I weighed every single thing that I would eat — down to a piece of gum — because I had to know I had the right amount of calories. I learned really creative ways to satisfy hunger without eating. I got very, very, thin and I became so scared of putting and weight back on. I got myself caught up in it all, in these habits that were incredibly unhealthy. And they stuck with me for the next 10 years.”

Goldschneider remained on that path while dating now-husband Evan. On one of their first dates, she recalls she “flat out fainted” because she wasn’t eating, and woke up “on the floor in the middle of a bar.” He would eventually learn that food was a “touchy subject” for Goldschneider. “Evan saw how skinny I was and how much anxiety I had around food,” she says. “When he would say something like, ‘Let’s share something,’ I would turn it down so quickly. I did everything to avoid talking about it with him. I didn’t want to put him in that position where he would have to save me.”

By their wedding day years later, she says she was so thin that her father approached her and told her people were concerned. “That made me really sad, I didn’t want my parents to worry like that,” Goldschneider recalled. “But I couldn’t help myself.”

Relief from her anxiety around food would come in bits. She would give birth to two sets of twins, now 10 and 8, and during each pregnancy, Goldschneider says she kept her eating disorder at bay. “My mindset changed a little bit,’ she says. “I made sure to eat enough for the pregnancy and to breastfeed. I wanted my kids to be okay.”

Goldschneider first realized she needed to make a change when she stepped on the scale after a trip to Mexico with Evan shortly after they married. Though she wasn’t ready to fix it just yet, she started reading books about it — including actress Portia de Rossi’s 2010 memoir, Unbearable Lightness: A Story of Loss and Gain, in which she detailed her own struggle with anorexia.

Eventually, Goldschneider had an awakening while speaking to a nutritionist who specialized in eating disorders, recommended to her by a therapist. “It was life-changing,” Goldschneider remembers. “When you find somebody you can trust who really knows how to help somebody with an eating disorder? I can’t even put it into words. … But she told me, ‘We’re not going to fix it in one fell swoop. We’re going to look at tiny things that you do and we’re going to break those habits.’ And little by little, I changed my behavior.”

One thing in particular scared Goldschneider straight. “I was weighing all of my children’s food, too,” she admits. “My nutritionist, she was beside herself when I told her that. And I said, ‘It’s not because I don’t want them eating enough. I’m so scared that they’re going to see me not eating that they’re not going to eat. I have to make sure they’re getting the right amount.’ She said, ‘You are never, ever to weigh your child’s food again. You are going to eat by instinct.’ “

“I had no idea not only how to feed myself, but also how to feed my children,” Goldschneider confesses. “I had no concept of food as nourishment or food as enjoyment because I just didn’t eat that way. I only ate to keep myself on the brink of living. And that finally terrified me. I just realized at a certain point how bad it was and how I couldn’t do it anymore.”

Looking back on it all, four years later, Goldschneider says she would never go back.

“I’m still tempted sometimes. I still struggle with exercise now and then. But I don’t let myself reinstate those habits,” she says, adding that she still regularly sees the nutritionist who “saved [her] life.”

“I enjoy life so much now, especially food. There’s a lot of foods I’m still trying for the first time. My husband absolutely loves that I eat now. We’ve been together for 15 years and for the first 9, 10 years of it, I didn’t eat, so he loves that we go out. We share things as a family now.”

And for those struggling with similar problems, Goldschneider hopes they’ll hear her story and know that it’s okay to reach out.

“I think part of the problem for me was that nobody I knew or saw was talking about it, so I didn’t know where to begin,” she says. “But when you are ready to get help, there are a lot of places you can go to get help, like NationalEatingDisorders.org. This doesn’t have to be your life. I’m so grateful it’s no longer mine.”