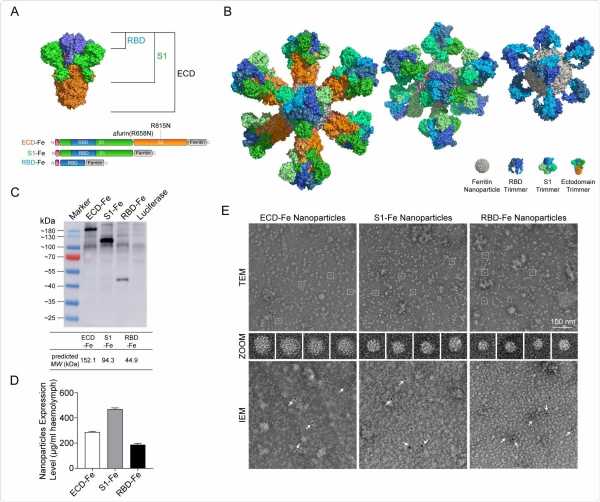 Caused by severe acute respiratory syndrome coronavirus 2 (SARS-CoV-2) infection, coronavirus disease 2019 (COVID-19) exhibits a wide spectrum of clinical presentations and outcomes – from asymptomatic to severe or even fatal. To date, the virus has spread to more than 192 countries, with over 106 million confirmed cases and more than 2.3 million deaths.

The virus is recognized as forming a sister clade to the prototype human and bat severe acute respiratory syndrome coronaviruses (SARS-CoVs). Coronaviruses are a family of enveloped positive-strand RNA viruses infecting vertebrates. The highly pathogenic human viruses, SARS-CoV, which appeared in 2003, and MERS-CoV (Middle East Respiratory Syndrome), which appeared in 2012, belong to the same family.

The detailed studies of the earlier viral infections have helped in the unprecedented pace of vaccine development against the SARS-CoV-2. More than 240 vaccine candidates are currently in clinical and pre-clinical development as reported by the World Health Organization (WHO).

The transmembrane spike (S) protein decorates the surface of the virus and enables its entry into the host cell via receptor binding and membrane fusion. Because of its pivotal role, it has become the major antigenic target for coronavirus vaccines. During infection, the S protein cleaves into the receptor-binding fragment S1 and the fusion fragment S2 subunits; the ectodomain of the protein is involved in the perfusion conformation. 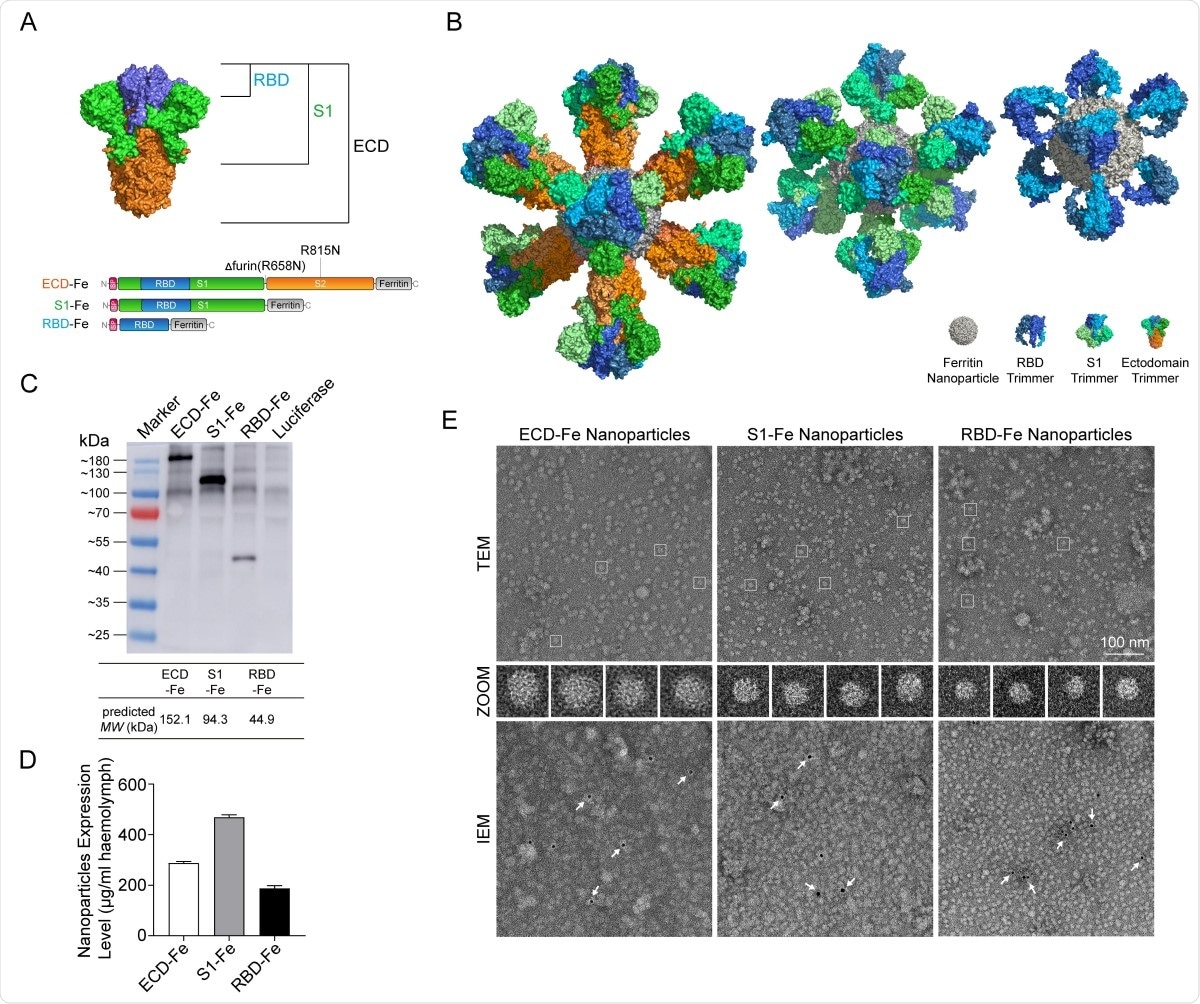 In a previous study published in Nature, a team of US-based researchers constructed a self-assembling synthetic nanoparticle vaccine with influenza hemagglutinin trimer, which improves the potency and breadth of influenza virus immunity with a lower dosage.

Likewise, the present team – from the Chinese Academy of Agricultural Sciences, Beijing and the Zhejiang Provincial Center for Disease Control and Prevention, China – used the BmNPV baculovirus expression system, reBmBac, to produce the nanoparticle vaccine.

They demonstrate these nanoparticle vaccines, prepared in silkworm, induce protective immunity in mice.

The team also demonstrated that these models can be administered subcutaneously (i.e., through injection) as well as orally.

As shown in the study, the RBD, S1 and ECD sequences of S protein were fusion-expressed with Helicobacter pylori ferritin at N-terminal, respectively. The fusion subunits produced in silkworms self-assembled into 24-mer nanoparticles with the S trimers displayed on the nanoparticle surface.

In the development strategy of ferritin-based nanoparticle vaccine, Spike subunits distributed evenly on the nanoparticle surface as native-like trimer structure.”

The ferritin nanoparticle displays remarkable thermal and chemical stability. The method used in this study is a simplified approach for the vaccine nanoparticle preparation.

The researchers evaluated the immunogenicity of these three nanoparticles – ECD-Nano, S1-Nano and RBD-Nano – in BALB/c mice, 14 days after administering the prime and boost. They observed that the elicited immune response was robust against the corresponding antigens.

The researchers tested the effective antibody responses elicited in mice against the nanoparticle vaccine. Using a confocal analysis, they assessed if the sera contain effective neutralizing antibodies against SARS-CoV-2 infection. They established that the antibodies in the antisera from mice immunized with different nano-vaccines could significantly inhibit the binding of RBD to human angiotensin-converting enzyme 2 (hACE2).

In this study, the researchers showed that the antibodies collected in ECD-Nano mice could inhibit authentic SARS-CoV-2 infection in cells. The ECD-Nano vaccine in this study contains more antigenic epitopes than those of RBD-Nano and S1-Nano, and thus may be a suitable candidate for vaccine development strategy.

Probably because of the nature of the ferritin self-assembling nanoparticles, there is an improvement in the compatibility of the S subunit with the antigen capture and presentation strategy of the host immune system.

The researchers suggest this model could be part of “an effective scheme for large-scale immunization of pets and farmed animals, especially stray animals or wild animals, to eliminate and cut off the intermediate source of infection and avoid the mutation caused by the long-term transmission of the virus in animals.”

This study shows a simple production of stable, effective and safe SARS-CoV-2 nanoparticle vaccine with up-scalability and demonstrates its remarkable efficacy. Without the need for low-temperature storages, high-cost production facilities, the design and study of this vaccine to control the COVID-19 pandemic is highly significant.

Ramya has a Ph.D. in Biotechnology from the National Chemical Laboratories (CSIR-NCL), in Pune. Her work consisted of functionalizing nanoparticles with different molecules of biological interest, studying the reaction system and establishing useful applications.

Sustained investment is needed to eliminate hepatitis C by 2030