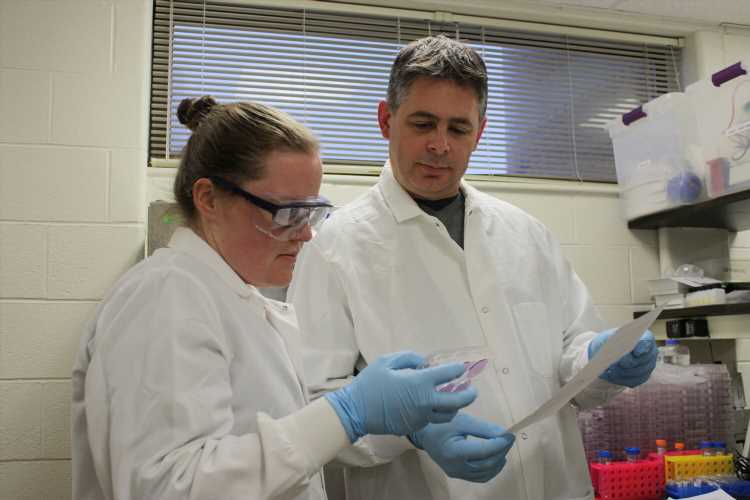 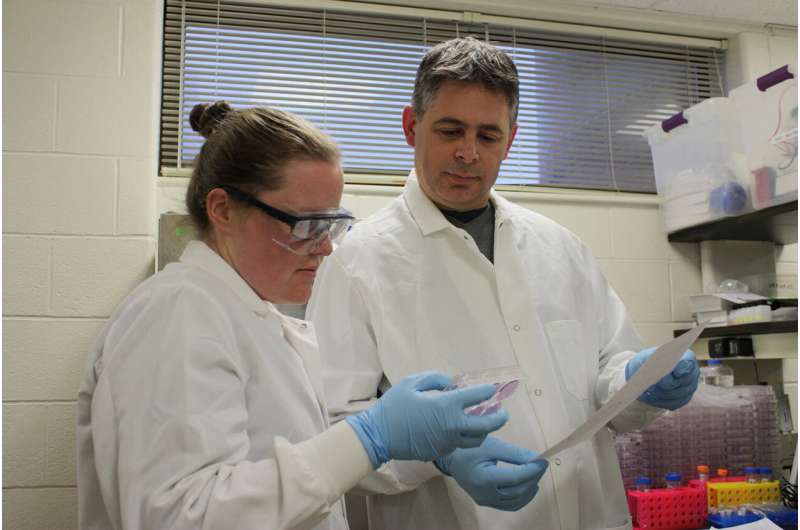 UConn researcher Paulo Verardi, associate professor of pathobiology and veterinary science in the College of Agriculture, Health and Natural Resources, has demonstrated the success of a vaccine against Zika virus and recently published his findings in Scientific Reports, a Nature Research publication.

He has also filed provisional patents with UConn’s Technology Commercialization Services for the novel vaccine platform technology used to generate the vaccine, as well as genetic modifications made to the vaccine that significantly enhance expression of the vaccine antigen.

Verardi, a Brazilian native, was in Brazil visiting family in the summer of 2015 when the Zika outbreak first began to make waves and soon reached epidemic status.

Back in the United States, Verardi kept tabs on the Zika epidemic and its emerging connection to microcephaly, a serious birth defect that causes babies to be born with small heads and underdeveloped brains.

In October of that year, Verardi called then-Ph.D.-student Brittany Jasperse (CAHNR ’19) into his office and told her he wanted to apply their newly developed vaccine platform and start developing a vaccine for Zika virus.

Verardi and Jasperse quickly obtained funding through the Office of the Vice President for Research’s Research Excellence Program to generate preliminary data that was then used to secure funding from the National Institutes of Health (NIH).

Verardi and Jasperse were among the first researchers in the US to receive NIH funding to generate a vaccine against Zika virus, thanks to Verardi recognizing the significance of Zika virus early.

Modern advancements in genomic technology have expediated the vaccine development process. In the past, researchers needed to have access to the actual virus. Now just obtaining the genetic sequence of the virus can be sufficient to develop a vaccine, as was the case for the Zika vaccine Verardi and Jasperse developed, and the COVID-19 vaccines currently approved for emergency use in the United States and abroad.

Using the genetic sequence of Zika virus, Verardi and Jasperse developed and tested multiple vaccine candidates that would create virus-like particles (VLPs). VLPs are an appealing vaccine approach because they resemble native virus particles to the immune system and therefore trigger the immune system to mount a defense comparable to a natural infection. Critically, VLPs lack genetic material and are unable to replicate.

The vaccine Verardi and Jasperse developed is based on a viral vector, vaccinia virus, which they modified to express a portion of Zika virus’ genetic sequence to produce Zika VLPs. Their vaccine has an added safety feature that it is replication-defective when given as a vaccine but replicates normally in cell culture in the lab.

“Essentially, we have included an on/off switch,” Jasperse says. “We can turn the viral vector on in the lab when we’re producing it by simply adding a chemical inducer, and we can turn it off when it’s being delivered as a vaccine to enhance safety.”

The team developed five vaccine candidates in the lab with different mutations in a genetic sequence that acts as a signal to secrete proteins. They evaluated how these mutations affected the expression and formation of Zika VLPs and then selected the vaccine candidate that had the highest expression of VLPs to test in a mouse model of Zika virus pathogenesis. This model was developed by Helen Lazear of University of North Carolina at Chapel Hill, whose lab Jasperse now works in as a postdoctoral research associate.

Verardi and Jasperse found that mice who received just a single dose of the vaccine mounted a strong immune response and were completely protected from Zika virus infection. They did not find any evidence of Zika virus in the blood of challenged mice who were exposed to the virus after vaccination.

Zika virus is part of a group of viruses known as flaviviruses which include dengue virus, yellow fever virus, and West Nile virus. Verardi and Jasperse’s findings, particularly the mutations they identified that enhanced expression of Zika VLPs, could be useful for improving production of vaccines against diseases caused by other related flaviviruses.

Ongoing work in the Verardi lab incorporates these novel mutations into vaccine candidates against other viruses, including Powassan virus, a tick-borne flavivirus that can cause fatal encephalitis.

Verardi emphasizes that developing vaccines for viruses, in this case Zika, help the world be better prepared for outbreaks of novel and emerging viruses by having vaccine development frameworks in place.