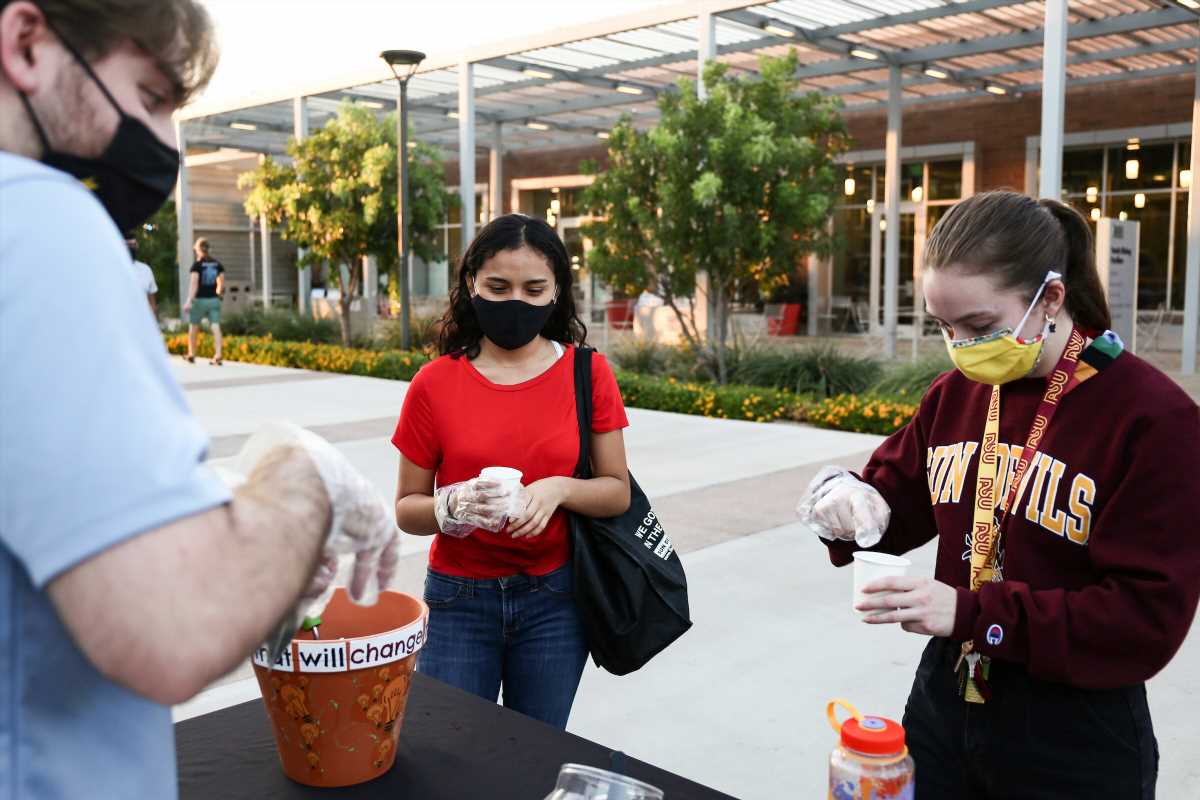 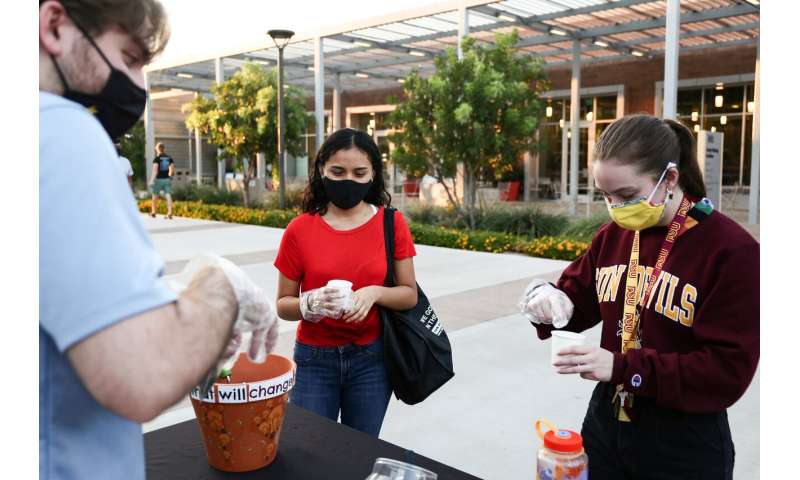 According to data collected by a team of Arizona State University researchers, students struggle to balance the safety of vulnerable family members with the need for peer connection. Led by Professor Vince Waldron of the School of Social and Behavioral Sciences and the Lincoln Center for Applied Ethics, the team interviewed on- and off-campus university students as they began the fall 2020 semester to discern what moral messages informed their decision-making during the COVID-19 pandemic.

Preliminary results indicate that taken-for-granted activities of student life—organizing a club, going to the gym, living with roommates, studying in groups, accepting an internship—are now morally fraught, as students weigh the benefits to themselves against the risks these activities create for others. The data will be used to inform a survey about how to better align health messaging with student decision-making.

The team asked students to describe “memorable moral messages” that helped them navigate moral choices in the pandemic. Students found guidance in the memorable words of parents, peers, media, and in at least one case, an ASU professor.

Many of the messages concerned caring for others. “You are not the center of the universe,” one student recalled hearing from a father figure. That message led her to choose online classes even though she considered campus an escape from the responsibilities of family life. “It isn’t about us … it’s about everyone we care about,” she added.

Some students reported feeling obligated by an ethic of community obligation, expressed as broader concern toward their families, friends and community groups. One student internalized the advice of her parents: “You’re part of a community … we’re all going through these kinds of things.”

Messages emphasizing the development of self-potential resonated with students while encouraging them to take what they perceived to be reasonable risks. “Sometimes it’s really important to put yourself first,” offered one student, quoting her father. Internalizing that message, she risked taking in-person classes and sought work experience in her field. As she explained, “I gotta graduate college, and I’m kind of on my own.”

Messages about personal virtues provided guidance to students, who strove to remain patient, resilient and considerate of their roommates’ wishes, even as they chafed at the restrictions that limited social gatherings on and around campus.

One student faced that challenge in organizing a recital for his capstone project. The sense of responsibility he inherited from his parents drove him to be meticulous in implementing safety guidelines during rehearsals, including mask-wearing and social distancing. “I couldn’t live with myself!” he reported, if one of his dancers got sick.

While another student cited the guiding mantra of “be a nice human” as important to informing her moral decision-making, a message heard from both her father and an influential sorority sister. The message motivated her to speak up while visiting a fast-food restaurant located just off campus when she observed three male students refusing to wear face coverings, despite the pleas of an employee who explained that company policy dictated that he could be terminated if he served them. She defended the employee and even offered masks to the recalcitrant customers. “If someone’s going to lose their job over something, that’s not cool.” When asked why she spoke up, she replied, “I was still trying to be that nice human.”

Although the data are preliminary, they provide several insights for university health educators, particularly as the team transitions into the survey stage of their research.