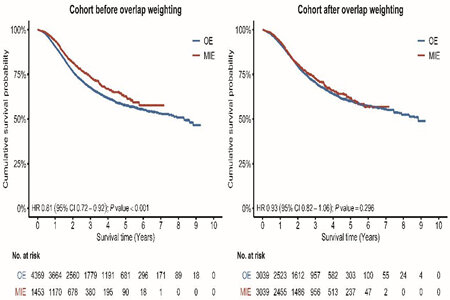 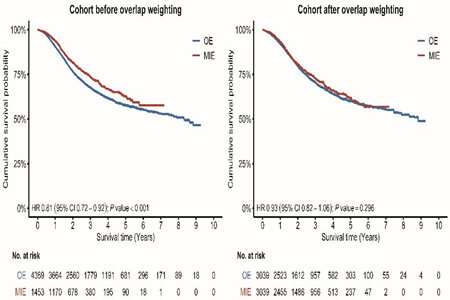 The multi-site study adopted a real-world cohort design, and conducted a 10-year follow-up in nearly 6000 ESCC patients recruited from two typical high-volume centers in southern and northern China who had undergone either MIE or OE. By analyzing long-term and short-term indicators such as overall survival, postoperative complications and 30/90-day mortality, the study offered high-level evidence on the efficacy and safety of MIE compared with OE in treating ESCC patients.