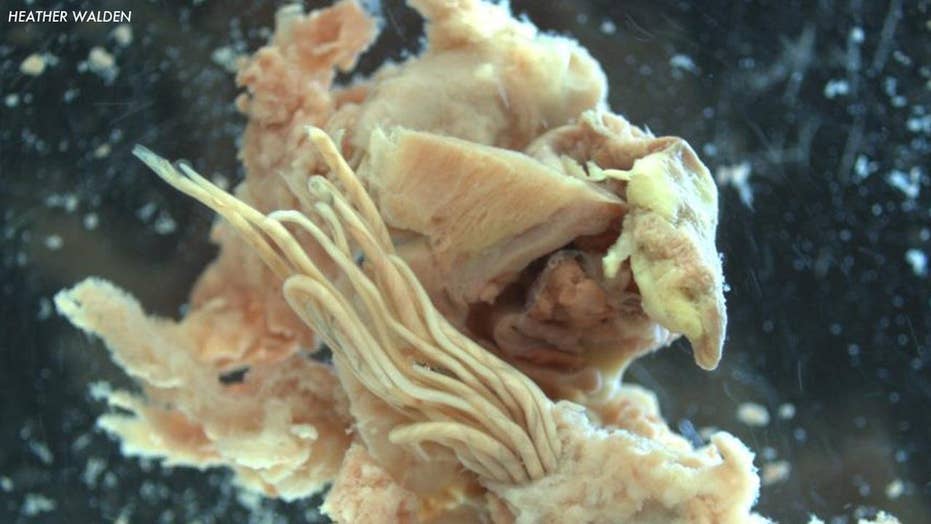 What is rat lungworm?

A parasitic worm that can infect your brain with meningitis is spreading across Florida. Rat lungworm lives in rats and snails and people can be infected by eating contaminated snails, slugs, freshwater shrimp, crabs, frogs and produce

If you're considering eating raw or undercooked snails, slugs or centipedes — you may want to think again.

Some of these delicacies may carry "rat lungworm," a parasite that can infect critters through rodent feces.

Here's what you should know about the parasitic roundworm, Angiostrongylus cantonensis, and how it can be avoided.

Where is the parasite found?

Rodents have the adult form, with sickened rats passing the parasite's larvae in feces, the Centers for Disease Control and Prevention (CDC) says online.

How are snails, slugs and humans infected?

Infections occur in snails and slugs when they consume the parasite's larvae, the agency says, adding that humans can end up with rat lungworm if they consume these infected delicacies when they're raw or not cooked fully. Eating frogs, crabs and freshwater shrimp that are raw or undercooked may also be an issue.

"People also can get infected by accident, by eating raw produce (such as lettuce) that contains a small snail or slug or part of one," the CDC says.

University of South Florida researchers have warned that coma and death are possible with very serious infections.

If someone's infected, however, they cannot transmit the parasite to somebody else.

Where have there been cases in the U.S.?

Humans have been infected in Hawaii, Louisiana and Texas, University of Florida researchers said in a study published last year. The CDC points out there have rarely been cases in other states.

What sort of preventative measures can I take?

Fully wash produce and stay away from eating raw or undercooked snails and slugs or other critters that could be exposed to the parasite.

Nausea, headache, vomiting, a low fever and painful skin sensations are a few of the signs, the CDC says.

What should I know about treatment?

It isn't typically required and the parasite eventually will perish, with patients most often being treated for their symptoms, according to the agency.