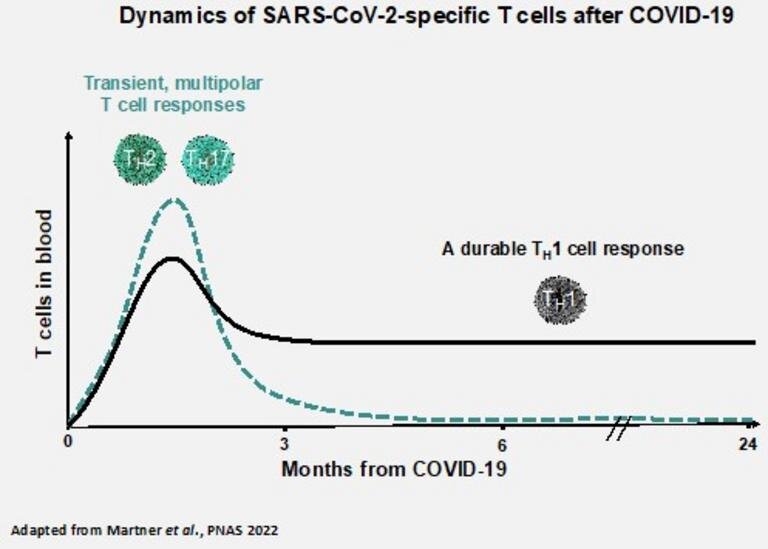 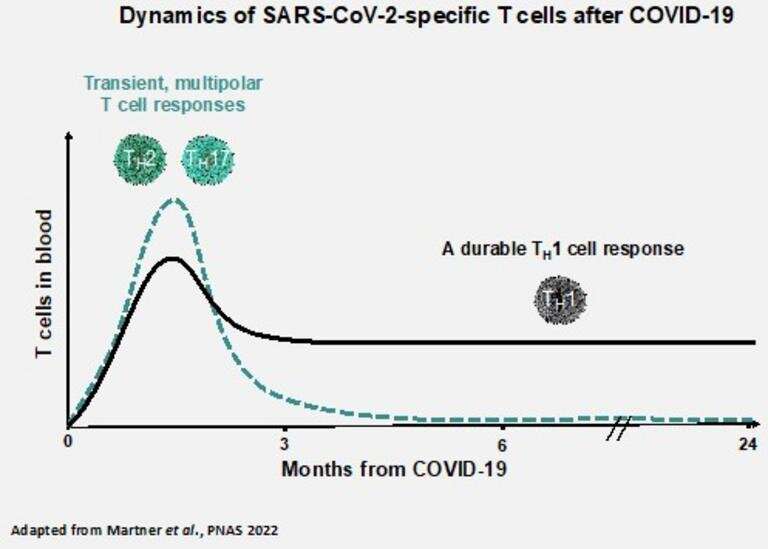 Patients infected with SARS-CoV-2 develop protective immune responses, mediated by virus-specific T cells and antibodies, shortly after the infection. There is concern, however, that immunity does not persist over time, which may translate into severe COVID-19 upon re-infection.

In the July 12 issue of Proceedings of the National Academy of Sciences (PNAS), Anna Martner and co-authors at University of Gothenburg report two main findings. First, several variants of virus-specific T cells became detectable in blood shortly after COVID-19, but strikingly disappeared after 10 to 12 weeks.

However, a group of highly specialized T cells, designed to facilitate elimination of infected cells, remained active in the blood of all previously SARS-CoV-2-infected patients. These T cells did not disappear or wane even at long follow-up.

The findings may explain the reduced risk of severe disease and mortality among patients who have become re-infected with SARS-CoV-2.

Scientists at the University of Gothenburg and Sahlgrenska University Hospital collected 81 blood samples from hospital staff members who had contracted mild COVID-19 in the first year of the pandemic and uninfected controls. The researchers studied T cell reactivity to an inner part of SARS-CoV-2 (the virus nucleocapsid) thus capturing T cell responses that only occur after a natural infection.

The blood samples were exposed to more than 100 peptides from the nucleocapsid portion of SARS-CoV-2 virus. The researchers then analyzed which T cell mediators (cytokines) were produced by blood cells to determine the longevity of T cell reactivity after the infection.

It was observed that a subgroup of specialized T cells (Th1 cells) that promote destruction of virus-infected cells were active for at least 20 months after natural COVID-19. The infected patients also harbored several other types of T cells that reacted with SARS-CoV-2. These latter T cells disappeared from blood approximately two months after recovery from infection.