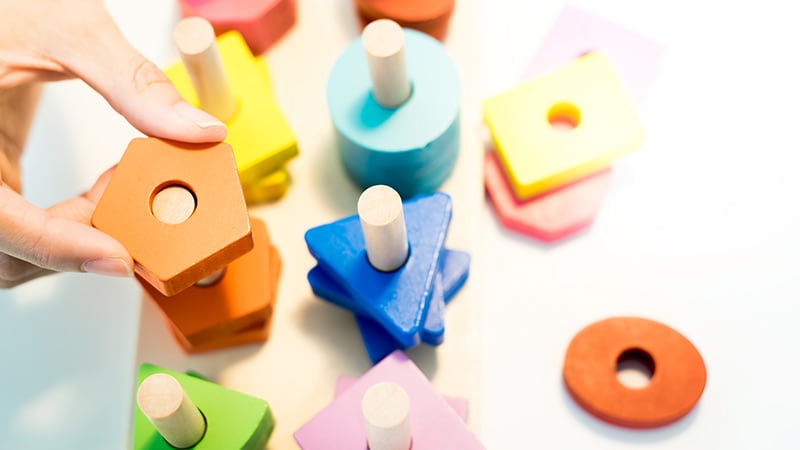 Everyone gets by using environmental cues: For example, if you have to go to use the toilet in public, a bathroom sign prompts an immediate response. However, patients with dementia often struggle with environmental cues, which can complicate the already difficult task faced by their caregivers.

Individuals with dementia can lose awareness of such signs, and even colors, making it harder for them to interpret environmental cues.

A new pilot study showed that a telehealth intervention focusing on individualized treatment and environmental cues can be delivered to patients and caregivers in a rural environment.

The study, presented at the Alzheimer’s Association International Conference, recruited 30 pairs of patients and their caregivers. The approach is based on the Dunn model of sensory processing, which focuses on altering environments to maximize chances of success. It “explains that sensory processing is the information coming in, and then our ability to regulate and habituate to those sensations (creates) behavior,” Elizabeth Rhodus, MD, PhD, said during her talk. Rhodus is assistant professor of medicine at the University of Kentucky, Lexington.

Sensory-based interventions are not uncommon, but most are applied to pediatric populations and tend to focus on sensory processing disorders and autism spectrum disorder. The few programs that do focus on adults have varying methods and produce mixed results. Rhodus thinks that the key to success is individualization of therapy. “You’re going to like a certain sensation, and I might not like it. You can’t put us in the same room and expect the same results. We have to identify the preferences of how people interact with their environment, and what their brain does at a neuroscience level with that information,” she said.

The program employs telehealth to work with caregivers so they can also create sensory environments within the home, using environment to trigger behavior.

For example, although individuals with dementia may have reduced response to color, the color red is unique. “Red is a cortical trigger. Red always stands out to people, so in our package that we send out as part of this intervention, we send out a roll of red duct tape,” said Rhodus.

An example of the use of red was a patient with dementia who had stopped drinking on his own, causing his caregiver daughter to be concerned that he would soon have to enter a nursing home. Examining the room, the occupational therapist realized that the water was kept out of sight, and suggested that the water glass be placed within the patient’s view, atop a square created with the red duct tape.

“These are just some of the simple concepts. They kind of seem easy. Some of my participants call them caregiving hacks, but it’s things that are grounded in neuroscience – how the brain processes the environment, and then how can we plug in supports and cues in whatever area is missing,” said Rhodus.

In the program, the caregiver fills out several online surveys, and an occupational therapist conducts an interview to identify specific challenges, such as bathing, or using the toilet, or going to church. Then an adult sensory profile reveals how the patient perceives his or her environment. “It’s taking those individual pieces, and then boiling it down to these mechanisms at the behavioral and neuroscience level,” said Rhodus. She said the entire setup process takes about an hour.

The individualized approach of the HARMONY (Helping Older Adults Create and Manage Occupations Successfully) method is promising, according to Monika Gross, executive director of the Poise Project, which uses the Alexander Technique to help people with chronic conditions such as Parkinson’s disease.

“Although it’s always a very simple idea that human beings need sensory processing aspects in their lives, from the time they’re infants through to the end of life, we don’t really focus on the end of life in a way that can bring meaning between the care partner and the person living with dementia. The other thing that was impressive is that this is in a rural community, where there often aren’t a lot of resources available, (such as) classes that the care partner can take their loved one to. So having something where the care partner has some confidence that they can really make an impact in that person that they are seeing decline, that they can see their behavior change [is good],” said Gross.

“It was feasible … and at the end, we found a significant improvement in care partner satisfaction. We actually empowered these people to care for their loved ones, and in doing that, and helping them set up environmental cues, it allowed that person to perform at a more independent level,” said Rhodus.

The trial was only a proof of concept, so although the researchers saw signs of efficacy, it wasn’t powered to show that. They are currently enrolling additional patients and caregivers for larger studies to further test the approach.

Rhodus and Gross have no relevant financial disclosures.