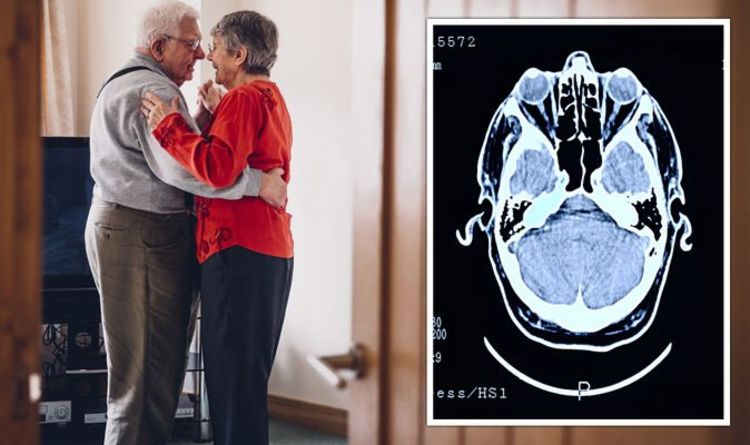 Philip Tindall says he 'tried to ignore' his Parkinson's

Researchers studying the positive effects of dancing for people with Parkinson’s disease have found daily dances could help improve motor symptoms. The findings could allow researchers to create long-term rehabilitation programs that help people manage symptoms of the condition.

Joseph DeSouza, professor in York University’s department of psychology, in Canada, said: “Generally, what we know if that dance activates brain areas in those without Parkinson’s.

“For those with Parkinson’s disease, even when it is mild, motor impact can impact their daily functioning and how they feel about themselves. Many of these symptoms lead to isolation because once they get extreme, these people do not want to go out.

“These motor symptoms lead to further psychological issues, depression, social isolation, and eventually, the symptoms do get worse over time.

“Our study shows that training with dance and music can slow this down and improve daily living and daily function.”

READ MORE: Parkinson’s disease symptoms: Eight of the most common signs of Parkinson’s

The findings of the study, led by DeSouza and his team, showed that weekly dance classes can significantly slow down the progression of the most debilitating symptoms of Parkinson’s disease.

The researchers recruited 16 people with an average age of 69 years, who had mild cases of Parkinson’s disease.

Participants attended weekly dance classes, lasting 1.25 hours each for three years, consisting of exercises including modern, ballet, tap, folk and social dancing, all chosen for their combination of aerobic and anaerobic movement.

The researchers also tracked 16 people who did not participate in dance classes. Participants from each group were matched by age, gender, Parkinson’s symptom severity and disease durations.

Unlike the subjects in the non dance group, both movement and psychological symptoms did not deteriorate over three years.

Karoline Bearss, PhD candidate at York, noted: “Essentially, what our findings showed is that the normal progression of the disease is not seen in our dancers with Parkinson’s disease.

“Our research is able to show that implementing dance into your routine and into your daily like actually does not lead to the same type of progression that individuals with Parkinson’s have who don’t dance.”

Parkinson’s disease is caused by a loss of nerve cells in part of the brain called the substantia nigra, which leads to a reduction in the dopamine chemical in the brain.

Dopamine plays a vital role in regulating the movement of the body.

A person with Parkinson’s disease can also experience a wide range of other psychological symptoms, including :

How to treat Parkinson’s

Certain lifestyle changes, including eating a diet rich in omega-3 fatty acids, might also be beneficial for people with Parkinson’s disease.