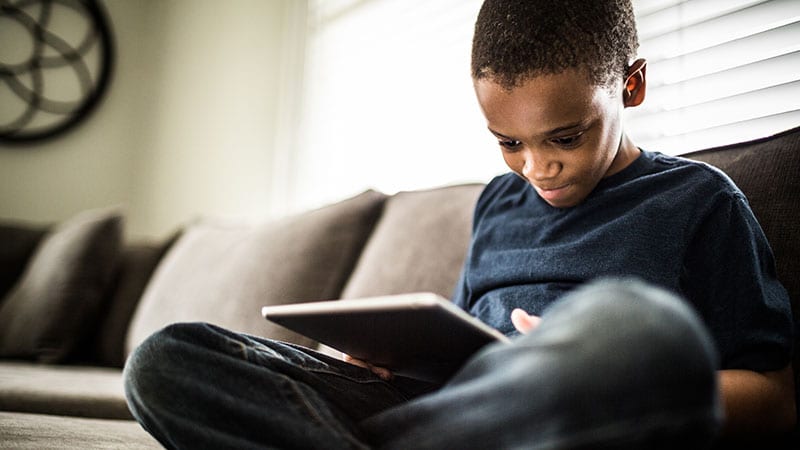 Older Canadian schoolchildren who spent the most time looking at screens during the COVID-19 pandemic experienced higher levels of anxiety and depression, while their younger counterparts had more conduct problems, researchers have found. However, the study doesn’t definitively prove that screen time is harmful, and an expert challenged the conclusions.

Still, a study co-author said the findings highlight the potential harms of excessive screen time, especially in the context of pandemic-era virtual learning. Clinicians “really need to advocate for policies that would be protective for children to reduce their screen time and social isolation and increase their involvement with school, sports, and academic activities,” Catherine S. Birken, MD, a pediatrician at the University of Toronto, said in an interview.

The study appeared December 28 in the journal JAMA Network Open.

Birken and her colleagues launched the study to examine whether heightened levels of screen time during the pandemic disrupted mental health in kids. In particular, they wanted to break down different types of screen time, such as virtual learning, watching television, and playing video games.

“The bulk of the literature is supportive of a strong relationship between screen time and mental health symptoms like anxiety,” Birken said.

For the study, the researchers surveyed parents to track the screen time of 2026 children between May 2020 and April 2021.

However, the researchers observed no statistically significant links to more anxiety/depression or hyperactivity/inattention in this group of children.

More time spent learning virtually was associated with higher levels of depression and anxiety in both groups of children, according to the researchers. Whether this finding reflects an effect of screens themselves or because the children most exposed to virtual learning may also have been the most exposed to the stressful disruptiveness of the pandemic is unclear.

Video chatting did not appear to have a protective effect, Birken said. The researchers also specifically analyzed children with autism and found no link between more screen time and various mental health/conduct problems.

Is it possible that kids with more anxiety, depression, and isolation simply turn to screens because they’re anxious, depressed, and isolated? Birken said researchers adjusted the findings to account for previous mental health problems. And she noted that the study linked more pandemic-era virtual learning to more depression/anxiety. It’s “hard to imagine” how more mental health problems would cause more virtual learning, she said.

Chris Ferguson, PhD, a professor of psychology at Stetson University in DeLand, Florida, who studies screen time, criticized the study in an interview. “The observed effects are so tiny, it’s impossible to know if they are real or a false-positive artifact common to social science research,” he said. “Ultimately, this study is better evidence about how many scholars are bad at statistics than anything having to do with kids and screens.”

Ferguson said that the results may be confounded because kids turn to screens to reduce their anxiety. “For the most part, screens were a godsend during COVID-19,” he said. “They helped kids stay inside and gave them something to do while social distancing and allowed them to keep in touch with friends and families. Honestly, what else were we expecting kids to do, stare at the wallpaper?”

Instead of focusing on screen time, Ferguson suggested parents consider these factors: “Keeping in mind not every kid is a genius, is your kid doing about as well in school as you’d expect, given their natural ability? Are they getting at least some exercise every day? Are they getting adequate sleep? Are they able to socialize with friends in some context, either in real life or online? Are they happy?”

The study was funded by the Canadian Institutes of Health Research, the Center for Brain & Mental Health at The Hospital for Sick Children, the Ontario Ministry of Health, and the Miner’s Lamp Innovation Fund in Prevention and Early Detection of Severe Mental Illness at the University of Toronto. The study authors reported various financial relationships. Ferguson reported no relevant financial conflicts of interest.