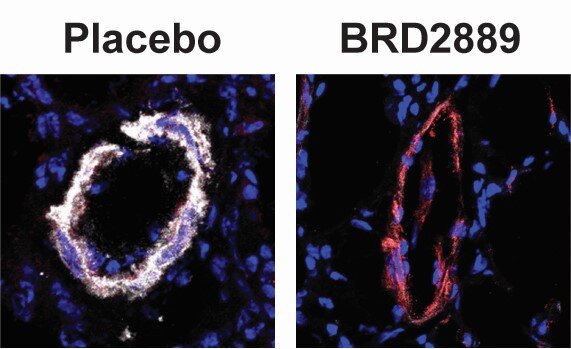 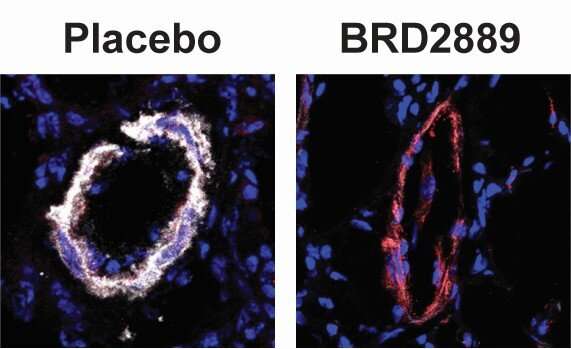 Published today in Science Advances, the study used a new algorithm to identify candidate cancer drugs for PH. Two of these compounds improved markers of the disease in human cells and rodents. The findings support broader use of this drug-repurposing platform for other non-cancerous conditions that don’t yet have effective treatments.

“Repurposing drugs can cut down the time and cost of developing treatments for rare diseases, which historically don’t receive much investment into research and drug development,” said senior author Stephen Chan, M.D., Ph.D., professor of medicine and director of the Vascular Medicine Institute at Pitt and UPMC. “Pulmonary hypertension is an example of a rare disease where there is an unmet need for new treatments, given its devastating consequences. We developed this pipeline to rapidly predict which drugs are effective for PH and get these treatments to patients faster.”

Pulmonary hypertension is a type of high blood pressure that occurs in the vessels that transport blood from the heart to the lungs. As the disease progresses and the heart must strain harder against these high pressures, it can lead to heart failure, multi-organ dysfunction and death. PH affects people of all ages but hits young women more often than men.

One of these young women is Allison Dsouza, a 24-year-old nurse who not only lives with the condition herself but also treats PH patients in the UPMC Lung Transplant Program. She was diagnosed with PH as a high school senior after she started having trouble walking to her car and doing hobbies like horseback riding. According to Dsouza, she was the sickest patient with the highest lung pressures that her doctors had seen.

PH is thought to be triggered by environmental and genetic factors that damage the endothelial cells that line blood vessels, leading to inflammation and abnormal repair that restrict blood flow or cause the loss of the thinnest branches of the lung vessel tree.

The drugs currently available for PH dilate or relax these blood vessels, which can give relief from symptoms and prolong the time it takes for the disease to progress, but they’re not curative. Dsouza receives a drug called Remodulin that is delivered continuously by a pump inserted under her skin. Within months of starting treatment, she walked a 5-kilometer race, started playing polo on horseback and enrolled in college to study nursing.

“The treatments are phenomenal, but they’re also a huge burden on life,” said Dsouza. “Subcutaneous treatments cause severe pain, and intravenous treatments have a huge risk of infection that people can actually die from. The medication is lifesaving, but the side effects can kill you. And for some people, the therapies don’t work.” 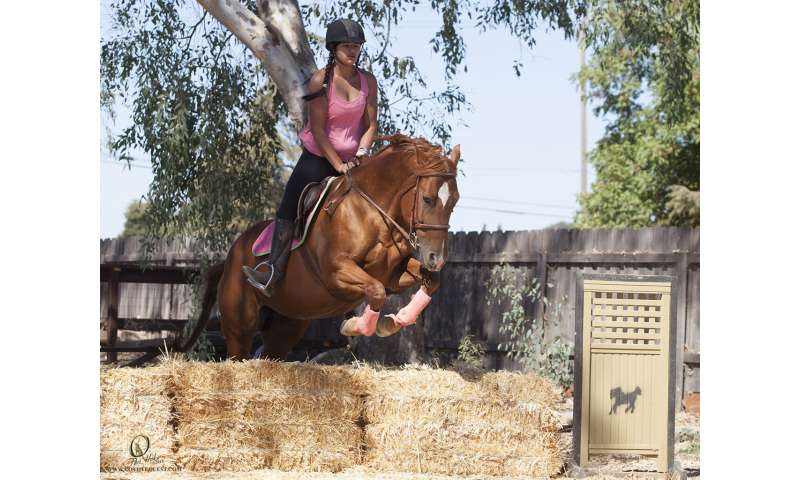 According to Chan, there is a need for drugs that target the origins of pulmonary hypertension.

Given evidence that PH and cancer share numerous features, Chan hypothesized that vast molecular data from cancer studies could be leveraged to predict which cancer drugs may also target PH. To make those predictions, Chan collaborated with co-senior author Seungchan Kim, Ph.D., chief scientist and executive professor of electrical and computer engineering at Prairie View A&M University. They built a computational platform that analyzed gene expression data from 800 cancer cell lines exposed to hundreds of cancer therapeutics and assessed rewiring of gene networks associated with drug responses in these cells.

“When we overlay these networks with PH-specific gene networks, we can predict which drugs may be effective in treating PH,” Kim explained.

The platform ranked each drug in terms of how its action depended on rewiring of PH-specific gene networks, and the researchers chose to further investigate two highly ranked compounds: I-BET762 and BRD2889.

A drug in the same class as I-BET762 currently is being tested for PH in clinical trials led by Laval University coauthors. The computational analysis and experiments identified new molecular pathways for this drug class, indicating that the platform can offer novel insights into drugs already under study. Another promising compound, BRD2889—which is an analog of piperlongumine, a compound derived from long pepper plants that has anti-cancer properties—had not previously been investigated for treating PH.

When Chan and co-senior author Imad Al Ghouleh, Ph.D., assistant professor of medicine at Pitt, gave BRD2889 to mice and rats with PH, disease symptoms were reversed, suggesting that this compound has potential as a new PH drug. The researchers have applied for a provisional patent for BRD2889, and they plan to move the compound into clinical trials in the future.

With evidence that drug candidates identified by the algorithm are effective at treating PH in animals, the researchers plan to go back and look more closely at other compounds predicted as potential treatments for the disease. And according to Chan, the applications of this study go far beyond PH.