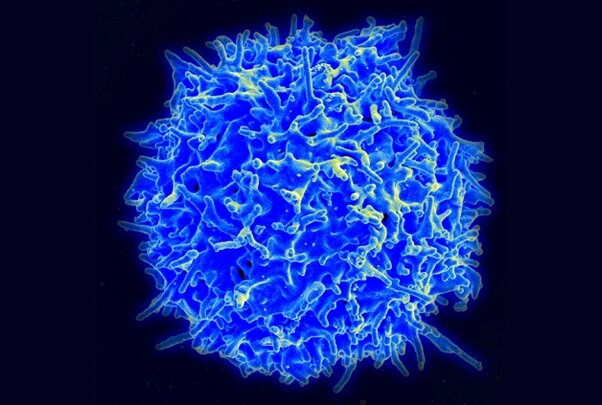 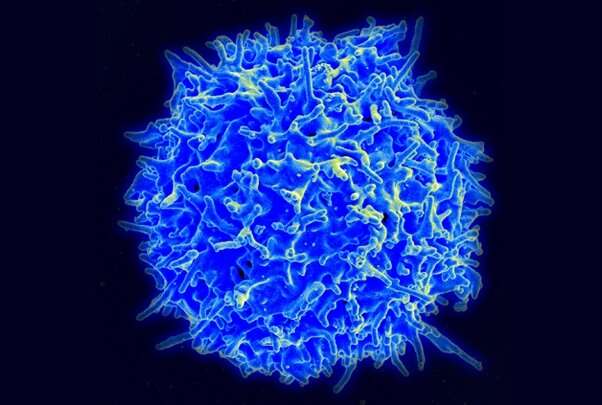 A team led by researchers at Weill Cornell Medicine and Children’s National Hospital has developed a unique pre-clinical model that enables the study of long-term HIV infection, and the testing of new therapies aimed at curing the disease.

Ordinary mice cannot be infected with HIV, so previous HIV mouse models have used mice that carry human stem cells or CD4 T cells, a type of immune cell that can be infected with HIV. But these models tend to have limited utility because the human cells soon perceive the tissues of their mouse hosts as “foreign,” and attack—making the mice gravely ill.

By contrast, the new mouse model, described in a paper in the Journal of Experimental Medicine on May 14, avoids this problem by using a subset of human CD4 cells that mostly excludes the cells that would attack mouse tissue. The researchers showed that the mice can usefully model the dynamics of long-term HIV infection, including the virus’s response to experimental therapies.

“We expect this to be a valuable and widely used tool for studying the basic science of HIV infection, and for speeding the development of better therapies,” said co-first author Dr. Chase McCann. During the study, Dr. McCann was a Weill Cornell Graduate School student in the laboratory of senior author Dr. Brad Jones, associate professor of immunology in medicine in the Division of Infectious Diseases at Weill Cornell Medicine. Dr. McCann, who was supported at Weill Cornell by a Clinical and Translational Science Center (CTSC) TL1 training award, is now the Cell Therapy Lab Lead in the Center for Cancer and Immunology Research at Children’s National Hospital in Washington, DC. The other co-first authors of the study are Dr. Christiaan van Dorp of Los Alamos National Laboratory and Dr. Ali Danesh, a senior research associate in medicine at Weill Cornell Medicine.

The invention of the new mouse model is part of a wider effort to develop and test cell therapies against HIV infection. Cell therapies, such as those using the patient’s own engineered T cells, are increasingly common in cancer treatment and have achieved some remarkable results. Many researchers hope that a similar strategy can work against HIV and can potentially be curative. But the lack of good mouse models has hampered the development of such therapies.

Drs. Jones and McCann and their colleagues showed in the study that the cell-attacks-host problem found in prior mouse models is chiefly due to so-called “naïve” CD4 cells. These are CD4 cells that have not yet been exposed to targets, and apparently include a population of cells that can attack various mouse proteins. When the researchers excluded naïve CD4 cells and instead used only “memory” CD4 cells, which circulate in the blood as sentinels against infection following exposure to a specific pathogen, the cells survived indefinitely in the mice without causing major damage to their hosts.

The researchers observed that the human CD4 cells also could be infected and killed by HIV, or protected by standard anti-HIV drugs, essentially in the same way that they are in humans. Thus, they showed that the mice, which they termed “participant-derived xenograft” or PDX mice, served as a workable model for long-term HIV infection. This term is akin to the “patient-derived xenograft” PDX models used to study cancer therapies, while recognizing the contributions of people with HIV as active participants in research.

Lastly, the researchers used the new model to study a prospective new T-cell based therapy, very similar to one that is now being tested against cancers. They put memory CD4 T cells from a human donor into the mice to permit HIV infection, and then, after infection was established, treated the mice with another infusion of human T cells, these being CD8-type T cells, also called “killer T cells.”

The killer T cells were from the same human donor and could recognize a vulnerable structure on HIV—so that they attacked the virus wherever they found it within the mice. To boost the killer T cells’ effectiveness, the researchers supercharged them with a T cell-stimulating protein called IL-15.

The treatment powerfully suppressed HIV in the mice. And although, as often seen in human cases, the virus ultimately evolved to escape recognition by the killer T cells, the ease of use of the mouse model allowed the researchers to monitor and study these long-term infection and viral escape dynamics in detail.

“I think that the major impact of this model will be its acceleration of the development of T cell-based therapies that can overcome this problem of viral escape,” Dr. Jones said.