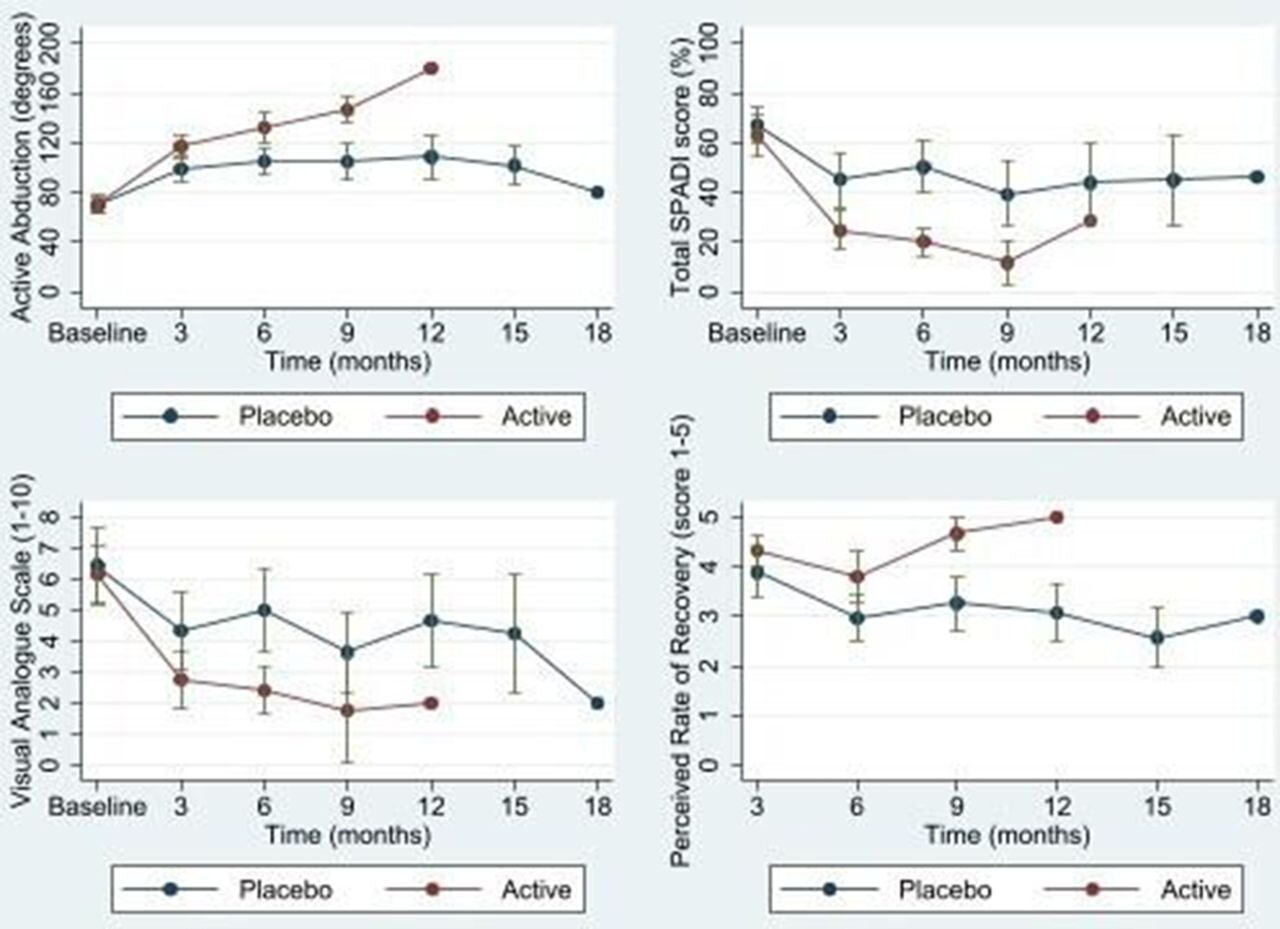 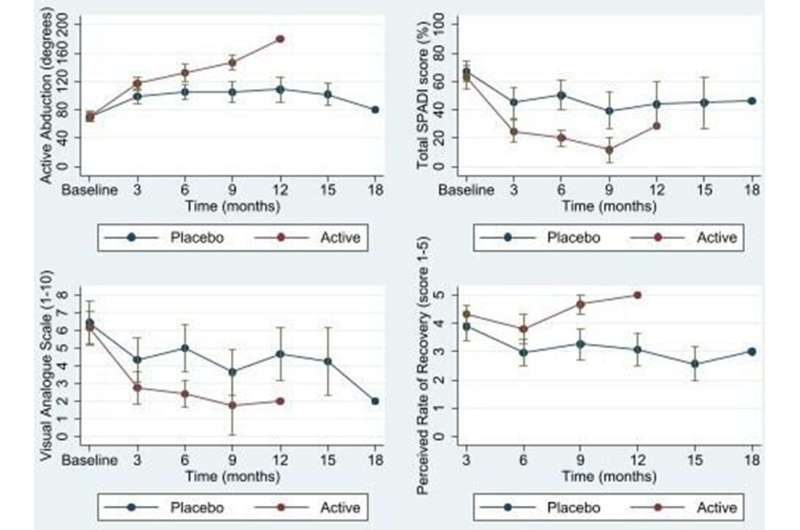 Treating the painful shoulder condition adhesive capsulitis with a nerve block is a safe, simple and effective treatment, according to recent results from a Flinders-led clinical trial.

Also known as frozen shoulder, adhesive capsulitis is a common shoulder condition is unknown and current that results in stiffness and pain in the shoulder joint. Its cause treatment options remain unsatisfactory for most patients.

Led by Professor Michael Shanahan, Professor in Musculoskeletal Rheumatology Medicine at Flinders University and Director of the Rheumatology Unit at Flinders Medical Center, the trial assessed the efficacy of suprascapular nerve block—an injection around a major sensory nerve for the shoulder which runs from the neck into the shoulder region—for the management of frozen shoulder.

“We found those who received the nerve block reduced the duration of their symptoms by an average of 6 months, while also reporting lower pain and disability scores and improved range of movement, compared to the placebo group,” says Professor Shanahan.

“For patients in the placebo group, the average time for their symptoms to resolve was over 11 months, while for those who received the nerve block this was practically halved, down to around 5 and half months.”

The authors say the clinical trial establishes that a suprascapular nerve block is a valuable and effective treatment for frozen shoulder.

“Up to 5% of the population are known to have a frozen shoulder at some point in their lives, and the incidence among people with diabetes or a prior stroke is especially high, so it’s important we find effective long-term solutions,” says Professor Shanahan.

“Previous research has shown that treatment with steroid injections and physiotherapy can help improve the symptoms of frozen shoulder, but this trial shows that the addition of the nerve block can have much greater benefits, likely due to its role in reducing pain, thereby allowing patients to work harder at improving their range of movement.”

Due to the ease, low cost and efficiency of delivering the therapy in a clinical setting, alongside its previously established safety, the authors say the treatment could be confidently implemented today.