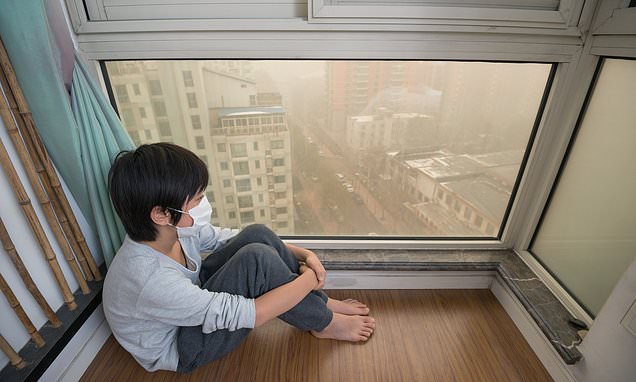 Pollution linked to autism: Pregnant women exposed to nitric oxide are more likely to have a child with the disorder, study claims

Children whose mothers lived in polluted cities during pregnancy may be more likely to develop autism, a new study suggests.

A study of more than 132,000 Canadian children under five found that those exposed to higher levels of air pollution were more prone to being on the autism spectrum.

We are still at a loss as to what exactly causes autism, but the new research joins a growing body of work that implicates fine, toxic particles from air pollution.

To date, the new study, conducted by Simon Fraser University in British Columbia is among the largest to link pollution and autism, and found ‘clear evidence’ that a child’s autism risks increase with every trimester in the womb around pollution. 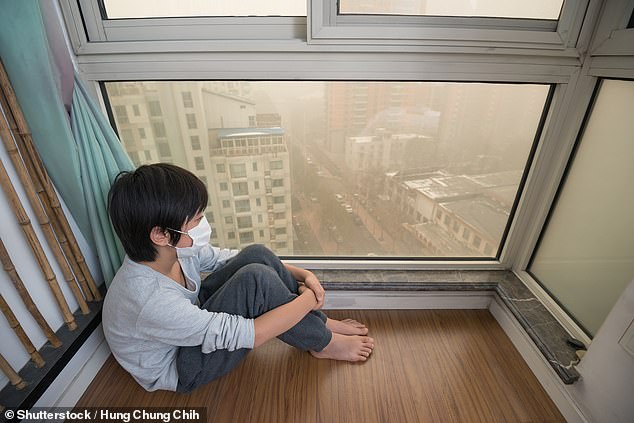 Women who were exposed to air pollution from cars and trucks during pregnancy are more likely to have children with autism, a new study suggests

It compared rates of the disorder with the amount of traffic fumes that would have been circulating around homes while their mothers were expecting.

One of the key chemicals the research team looked at was nitric oxide.

Nitric oxide is produced when fuel is burned. Exhaust from cars and trucks is the primary source of the toxic substance, which is particularly concentrated in cities and along highways.

In boys, the risk of autism rose by nine percent for every 10.7 parts per billion (ppb) increase in nitric oxide (NO) in their environments.

There was no such risk association found for girls, though this was unsurprising, as autism is four times more common among boys, so girls would have made a up a relatively small proportion of the sample.

Around one in 100 children develops autism but symptoms do not usually become apparent until the second year of life.

Autism spectrum disorder is a complex condition. It often causes children to struggle to communicate and form relationships.

For some, being on the spetrum is more a difference than a detriment, while for others it can be debilitating, making every day tasks and interactions unbearable.

But without knowing what causes some to develop the disorder, we don’t know how to treat or prevent autism beyond therapies to help those on the spectrum cope.

Scientists believe it arises from both environmental and genetic factors, and one study, published six years ago, suggested high levels can triple the risk.

Pagalan and his colleagues analyzed all births in Vancouver from 2004 to 2009.

Of those children, 1,307 (one percent) were on the autism spectrum.

When they compared which children were autistic to the levels of pollution their mothers would have encountered during pregnancy, the team found nitric oxide (NO) – an ‘indicator of traffic-related pollution’ – was a significant factor in the cases of autism.

What’s more, the study, published in JAMA Pediatrics, was carried out in an area with relatively low levels of air pollution, said the researchers.

It is one of the largest population-based studies of prenatal exposures to air pollution and the subsequent development of autism ever carried out.

The researchers, also looked at levels of two other pollutants PM2.5s – fine particulate matter made up of dust and soot – and NO2 (nitrogen dioxide), but these did not appear to be significantly associated with autism.

But Paglan said the NO findings were well-worth attention, though.

‘While the odds ration was small, a small increase in relative risk for high prevalence exposures can result in a large burden of disease,’ he said.

Rising levels of air pollution could shed light on increasing cases of autism around the world.

Pagalan said in the US prevalence has increased from one in 150 children in 2000 to one in 68 in 2012. A similar scenario has been identified in Canada, and about one percent of the world’s population is estimated to be on the autism spectrum.

In the US, about 35 percent of the young adults who have autism have never held down a job or gotten degrees beyond high school, meaning that a growing autistic population could distress caretakers and the economy.

Though much remains unknown about this mental condition, the new study suggests that reducing pollution could also help to curb the impact of autism.