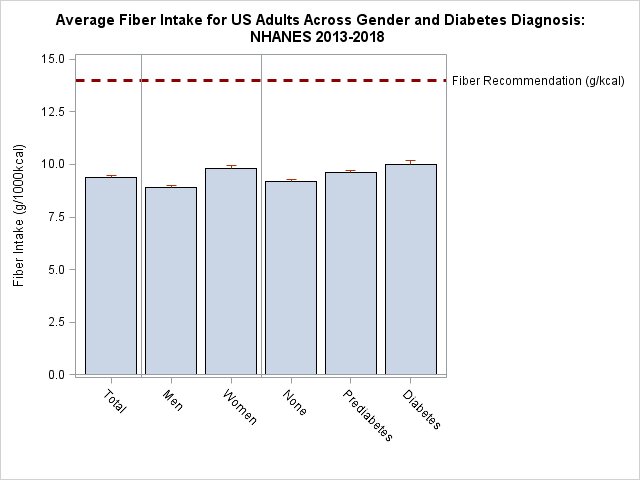 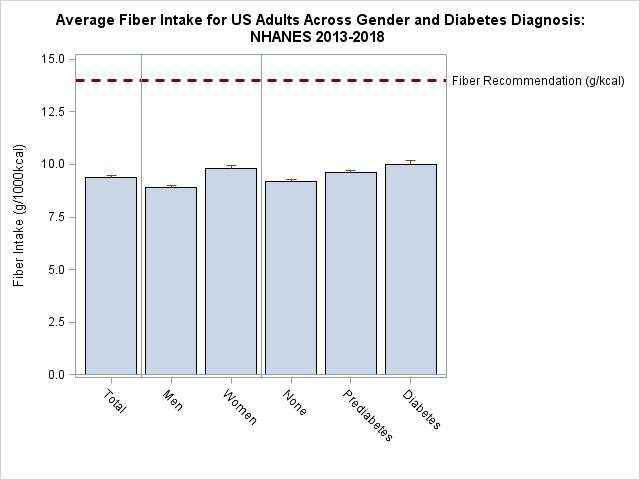 Only 5% of men and 9% of women are getting the recommended daily amount of dietary fiber, according to a study being presented at NUTRITION 2021 LIVE ONLINE. Insufficient fiber intake is associated with a higher risk of heart disease and diabetes, two of the most common diseases in the U.S.

“These findings should remind people to choose fiber-rich foods like whole grains, fruits and vegetables to reduce their risk for heart disease,” said Derek Miketinas, Ph.D., RD, an assistant professor at Texas Woman’s University, the study’s lead author. “Based on our findings, fewer than 1 in 10 U.S. adults meet their daily recommendations for fiber intake. For those with diabetes, it is especially important to eat enough fiber since they are at a greater risk for heart disease.”

Fiber is a type of carbohydrate that passes through the body undigested. Though perhaps best known for its role in supporting regular bowel movements, fiber also carries important benefits for cardiovascular health. Studies suggest dietary fiber can help lower cholesterol, blood pressure and inflammation and help prevent diabetes. It can also improve blood sugar levels for people with diabetes.

“Unlike other similar studies, our analysis estimated Americans’ usual fiber intake using advanced statistical methods instead of calculating a simple average,” said Miketinas. “This approach is a better indicator of what a person typically eats because it can account for other factors that may influence fiber intake.”

To get the right amount of fiber, the typical woman should aim for about 25 grams (for a 2,000 calorie diet), while men should aim for 38 grams (for a 2,500 calorie diet), with lower targets for those over age 50. This typically requires a good mix of fruits, vegetables and whole grains. For perspective, choosing a whole grain such as pearled barley will provide 6 grams of fiber per cup compared to less than 2 grams of fiber in white rice.