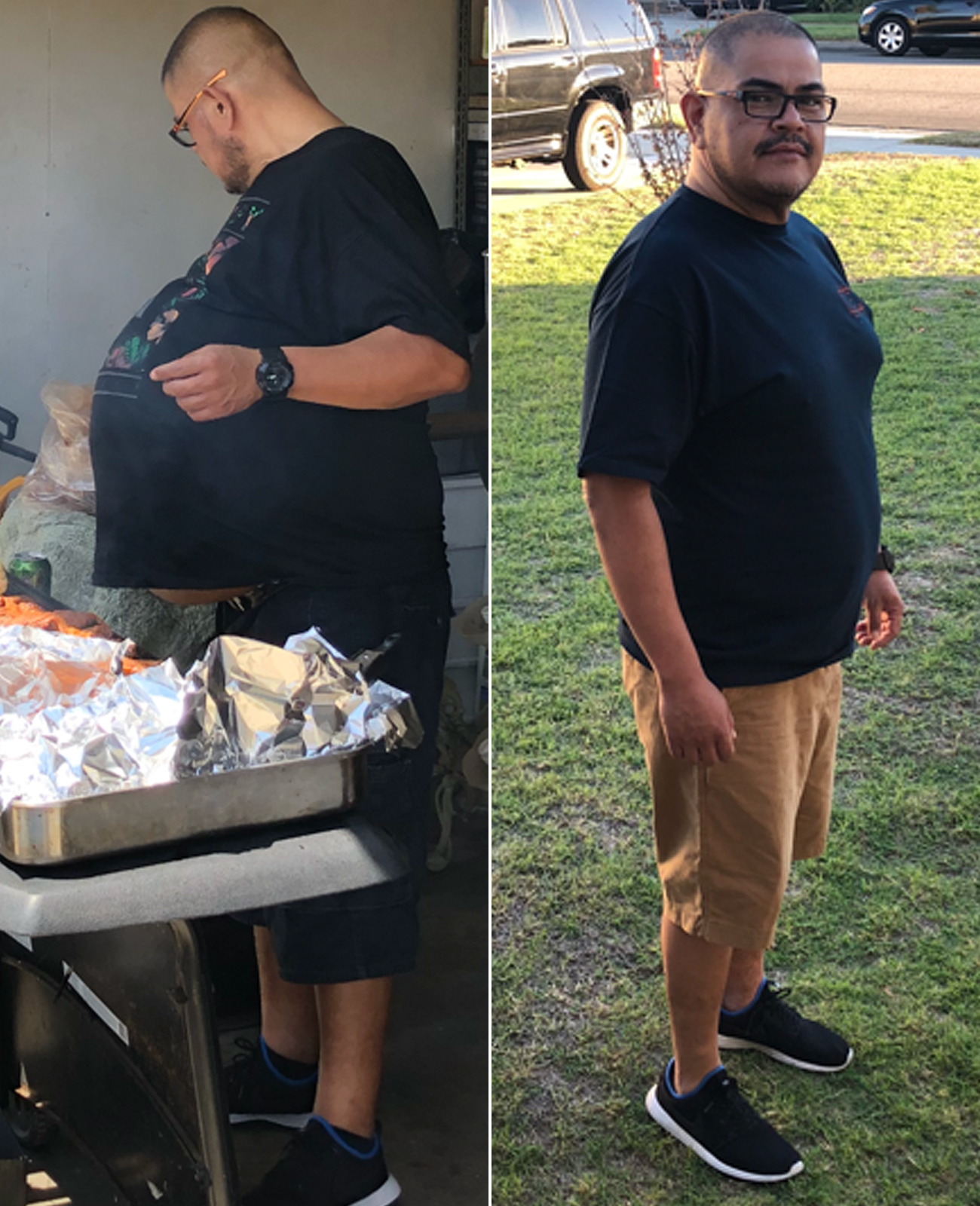 For years, Hector Hernandez assumed that his growing gut meant that he “was just fat.”

The 47-year-old told the Washington Post that he was used to being “a big guy,” and didn’t think much of his stomach until he realized that it continued to grow while his arms and legs shrunk.

Then Hernandez, who had hit 300 lbs., began experiencing health problems like constipation, heartburn and trouble breathing, which led him to see a doctor. But they waved off his health problems, saying that people just carry their weight in different ways.

But Hernandez’s health problems continued, and he knew that it wasn’t normal for his stomach to feel “hard.” That led him to find another doctor, who told him he had a massive tumor called a retroperitoneal liposarcoma, a rare and malignant type of cancerous tumor that develops in fat cells.

Hernandez said he was “shocked” and “confused” by the diagnosis, but happy to learn that something was actually wrong with him, and he didn’t simply have a “beer belly” as his friends thought.

“I had a lot of support and prayers from family and friends,” he said. “I finally left it in God’s hands.”

On July 10, Hernandez underwent a 10-hour surgery to remove the tumor.

Hernandez’s surgeon, Dr. William Tseng from the Keck School of Medicine at the University of Southern California, said that he had removed several other retroperitoneal liposarcomas in the past, but they were 20 to 30 lbs., and nowhere near the size of Hernandez’s — which weighed 77 lbs. “This is probably the largest one I’ve removed,” Tseng told the Washington Post.

Tseng said that he was able to take out the tumor without hurting Hernandez’s blood vessels or any organs, other than one kidney that sustained some damage during surgery. But overall, it went well, and Hernandez will not need chemotherapy or radiation.

The Downey, Calif.-based Hernandez said he’s “still not 100 percent,” but he already feels “totally different.” He’ll need to frequent check-ups in the coming years, because liposarcomas can come back, but his friends started a GoFundMe page to raise money for his medical bills.

“I was really lucky,” Hernandez said.