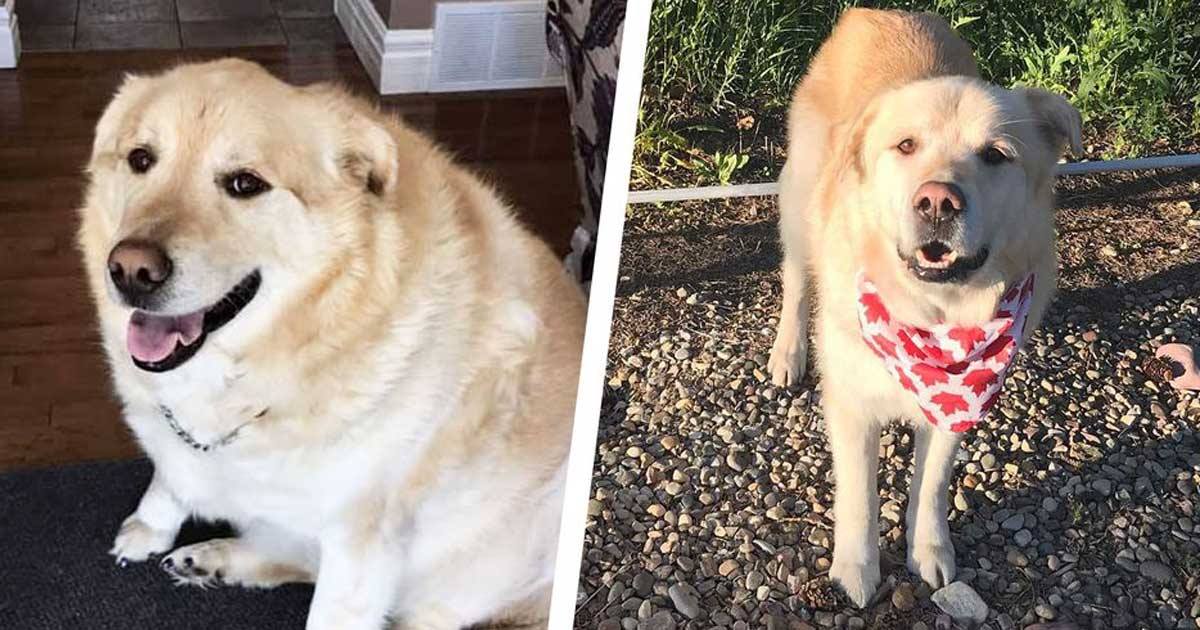 A golden retriever from Alberta, Canada has inspired us all with his transformation from chunky boy to absolute unit. In March 2018, Kai weighed 78kg: more than 45kg overweight for an adult golden retriever. In fact, he was described by one veterinarian as the most overweight pet he’d ever seen.

Kai’s previous owners had been willing to put him down, but the vets saw Kai’s loving personality and intervened in the hopes he could get better. They contacted the Misfits of Alberta Animal Rescue, and Pam Heggie took him in.

“I like to think that most people are good, and maybe they just didn’t realise that what they were doing was as detrimental to him as it was,” Heggie told Good Morning America. She recalls that when she first took Kai home with her, it took him 20 minutes to make it from the front door to the top of the stairs. Something had to be done.

Heggie immediately got him eating better, and got him into the routine of going on three walks a day. Kai’s walks would happen regardless of extreme weather, and they got progressively longer as his stamina improved. Heggie even put Kai into water therapy in order to help him build strength in his legs.

A year after being taken in by Heggie, Kai is thriving. He’s in way better shape, and has lost a staggering 45kg. These days, he weighs in at a much healthier 31kg, which he has managed to maintain for several months now.

Making changes to your diet and embarking on a personal fitness journey can be ruff, but Kai is proof that we all have the potential to achieve our goals. “He shows you how to do a really big task literally one day at a time,” says Heggie. “He doesn’t worry about yesterday, he doesn’t worry about tomorrow, he just focuses on what needs to be done today and he does it. We can learn a lot from dogs.”

This article originally appeared on Men’s Health US.