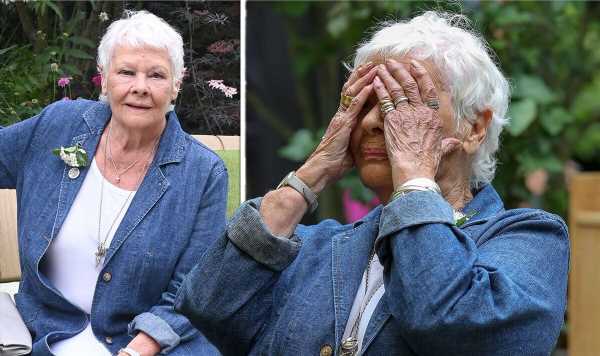 Judi Dench reflects on some of her ‘special’ acting roles

Back in 2012, Dench was diagnosed with age-related macular degeneration, AMD for short, which is the biggest cause of sight loss in the UK according to the Macular Society. Affecting the middle part of an individual’s vision, although it does not cause total blindness, it can make everyday activities, such as reading and recognising faces, difficult. Speaking about her own battle with the condition, Dench has admitted that she has had to give up her favourite past times such as reading a book or doing a crossword puzzle, but has cleverly been able to find ways to adapt to the condition as well.

“I’ve had to find another way of learning lines and things, which is having great friends of mine repeat them to me over, and over, and over again,” she revealed in a past interview.

“So I have to learn through repetition, and I just hope that people won’t notice too much if all the lines are completely hopeless!”

“A couple of years ago I stopped driving,” she began, before going on to call it one of the most “traumatic” and “appalling” moments of her life.

“But I just know I’ll kill somebody if I get behind the wheel of a car now,” she continued to say. 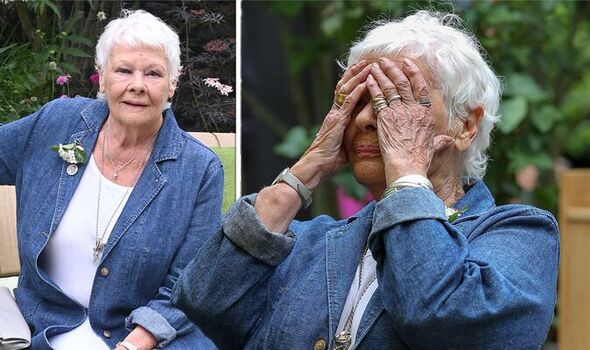 “I don’t want to say. I can see enough… You adapt to it. So I ignore it altogether.”

Aged 77 at the time of diagnosis, Dench began to suffer from AMD at a relatively old age, with some individuals being diagnosed as early as 55.

Determined that she was not going to let the progressive condition put a stop on her career, Dench also revealed that she now also prints all of her scripts in 22-point font and takes a friend to the cinema so they can tell her what is going on.

She said: “On my scripts, my font is point-size 22, so you can imagine… if we’re doing a sonnet of 14 lines, all the others will have one page and I’ll have 14!

“It’s ridiculous, it’s a farce, but I’m not going to give in.

“These days I can’t really travel on my own because I need someone to say, ‘Look out, there’s a step here!’ or else I fall all over the place like a mad, drunk lady.”

Going on to explain why she is not going to retire any time soon, despite her failing eyesight, Dench added: “I just want to go on being mobile really and being able to do things. I’m not going to be beaten by my eyes for instance. I have macular degeneration, which means treatment every six weeks, but you just have to settle for it.”

The NHS explains that there are two types of AMD: wet and dry. Dry AMD is much more common than wet, affecting more than eight out of 10 patients with the condition. 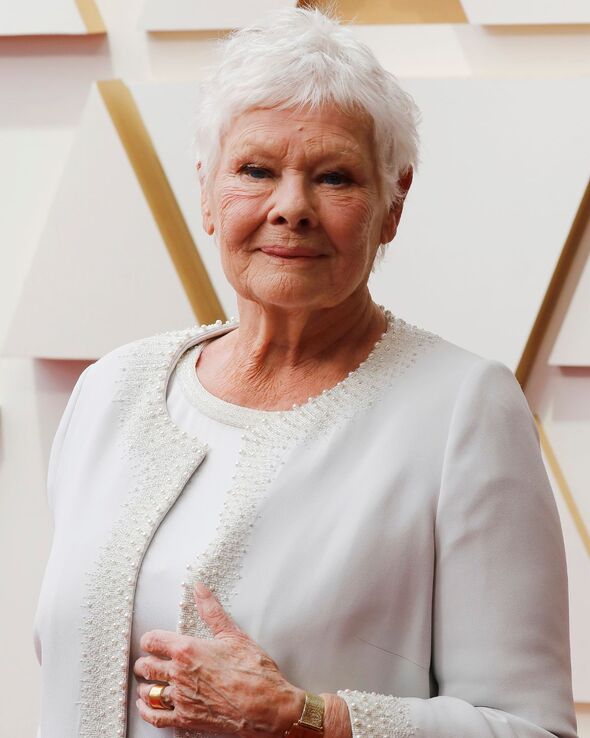 The first, dry AMD, is caused by slow degradation of the macula that leads to deposits of damaged retinal cells and gradual vision loss over several years.

The second, wet AMD, comprises about 20 percent of all AMD cases and is more severe than the dry type. It occurs when new blood vessels develop underneath the retina and leak fluid, causing distorted vision and vision loss. Vision loss occurs much faster with wet AMD, resulting in permanent scarring inside the eye and severe vision loss.

In addition to a loss of central vision, other potential symptoms of AMD include the following:

The onset of these symptoms may be subtle and can easily go unnoticed, which is why regular eye examinations are so crucial. The earlier an individual is diagnosed the better the outcome. 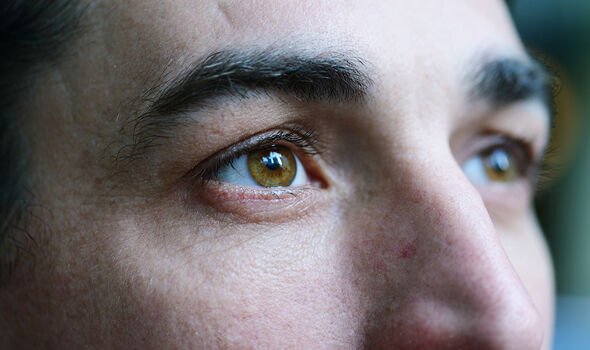 However, despite receiving a diagnosis, there is currently no cure for the condition. Treatments and various visual aids may help patients to carry out daily tasks, but this depends on what type of AMD they have and how bad it is.

For example, treatment for dry AMD can include nutritional supplements. In fact, a large study found that taking the following vitamins and minerals daily may help to slow symptoms of AMD:

For wet AMD, there are medications known as anti-VEGF drugs that help to reduce the number of abnormal blood vessels in the retina. It also slows any leaking from blood vessels, this medicine is delivered to your eye through a very slender needle. Laser surgery may also be used to treat some types of wet AMD.