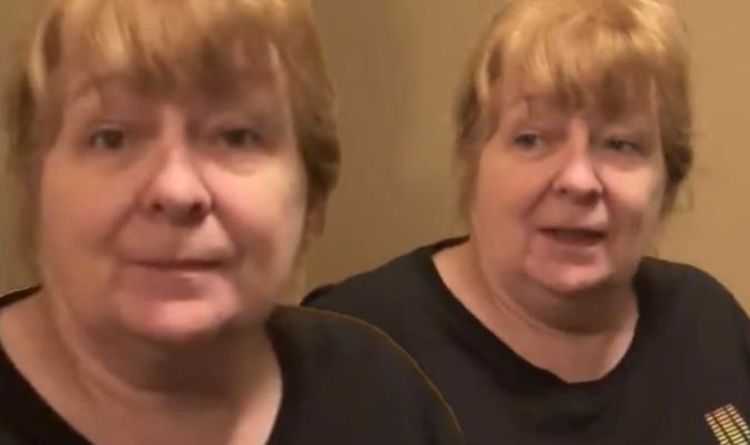 The star, who won the Scots Language Award’s Speaker of the Year Award back in 2020 has bravely been documenting her journey with cancer through her social media channels, as well as supporting others who are going through a similar experience to her. Back in November 2021, the star said that she had done nothing but “cry, and cry, and cry” since being diagnosed, but vowed to overcome her illness with the help of “science and technology”. Since the star has done just that, having a hysterectomy to remove her womb. However, after surgery Jane had the unfortunate news that her cancer had spread.

The ovaries are a pair of small organs located low in the tummy. They are connected to the womb and store a woman’s supply of eggs.

Cancer in this region mainly affects women who have been through the menopause (typically those over the age of 50), but it can sometimes affect younger women.

The NHS explains that common symptoms of ovarian cancer include:

Although not always easy to recognise, due to the similarity they share with irritable bowel syndrome (IBS), if individuals have been feeling bloated more than 12 times a month, have any other symptoms of ovarian cancer, or they have a family history of the disease, they should seek advice from a GP.

Despite trying to stick to her nature and stay positive, in a recent video on Twitter, Janey admitted that she is finding the process really tough.

Speaking with her daughter, who asked her how she’s feeling, Janey said: “It’s honestly really hard to find a place where I feel ok because everything just feels really bleak.

“I know that I’ve got to be positive and pull on my big girl pants and ‘you got this’ but there’s nowhere in my head that feels ok.

In another update on social media, the comedian told her followers that she is going to cut off her hair before it starts falling out as a result of the chemotherapy she is having.

She said: “Thought I would give you a wee update on what is happening… I spend my whole life talking about my womb! You get told as a child not to talk about ‘downstairs’ but it’s all I’ve ever f*g spoke aboot! [sic]

“So yeah the scar is healing, the wound is healing. It’s itchy, it’s numb and it’s weird!

After a few months of having the therapy, Janey added: “I know I’m going to go through chemotherapy… but I cannot see beyond that, what if beyond that they scan me and find more?

“My soul’s already f*g broke I think. And people have been so supportive, and I feel as though I’m letting everybody down because I’ve got all this love and all this support, other people don’t have this love and support and I’m getting it and I’m still not being lifted, so maybe I’m an ungrateful b*d.”

The honest and heart wrenching video received a ton of support from Janey’s loyal fans, who assured her that there is no way she is “supposed” to feel, and her journey is personal.

Cancer Research UK explains that stage three ovarian cancer means that the disease has spread outside the pelvis into the abdominal cavity or to lymph nodes.

With further tests and scans doctors will be able to tell how far exactly the cancer has spread and give you some further information about the stage.

The main treatments for ovarian cancer at this stage is a combination of surgery and chemotherapy. Although curing the condition is still possible at this stage, treatment is also used to control the cancer for as long as possible.

The NHS adds that on the whole, around half of women with ovarian cancer will live for at least five years after diagnosis, and about one in three will live at least 10 years.